Numana is a coastal town and comune of the province of Ancona in the Marche region of Italy.MythologyNumana was anciently known with the name of Humana. To see maps, photos, where to stay, and other tourist information, read our Numana itinerary planning site.

Bologna to Numana is an approximately 2.5-hour car ride. You can also do a combination of train and bus; or take a bus. Traveling from Bologna in August, you will find days in Numana are little chillier (33°C), and nights are about the same (21°C). On the 13th (Thu), you'll travel to Sirolo.
more less

Things to do in Numana 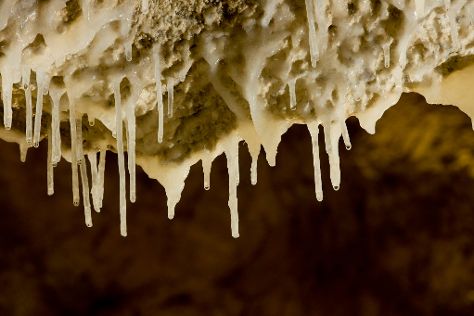 ©
Sirolo is a comune (municipality) in the Province of Ancona in the Italian region of Marche. Venture out of the city with trips to Genga (Tempio del Valadier & Grotte di Frasassi) and Paper and Watermark Museum Fabriano (in Fabriano). The adventure continues: pause for some serene contemplation at Santuario Della Santa Casa, see the interesting displays at Casa Leopardi, don't miss a visit to Riviera del Conero e Colli dell'Infinito, and deepen your understanding at Grotte di Camerano - Citta Sotterranea di Camerano.

Sirolo is just a short distance from Numana. August in Sirolo sees daily highs of 33°C and lows of 21°C at night. Wrap up your sightseeing on the 15th (Sat) to allow time to drive back home.
more less

Things to do in Sirolo