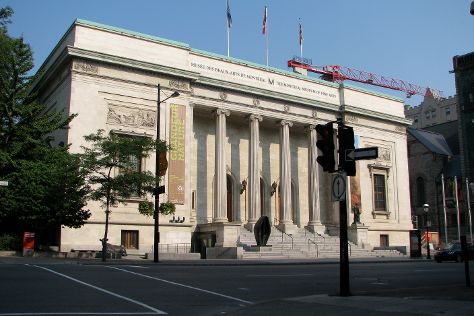 Your day by day itinerary now includes Maeva Surf as well as Old Montreal. Popular historic sites such as Saint Joseph's Oratory of Mount Royal and Old Port of Montreal are in your itinerary. Do some cultural sightseeing at Musee des beaux-arts de Montreal and Rue Ste.-Catherine. Go for a jaunt from Montreal to Oka to see Oka Beach about 48 minutes away.

For reviews, maps, more things to do, and other tourist information, you can read our Montreal trip builder tool.

If you are flying in from United States, the closest major aiports are Montreal / Pierre Elliott Trudeau International Airport, La Macaza / Mont-Tremblant International Inc Airport and Montreal International (Mirabel) Airport. Expect a daytime high around 78°F in July, and nighttime lows around 64°F. Finish up your sightseeing early on the 21st (Sun) so you can travel back home.
more less