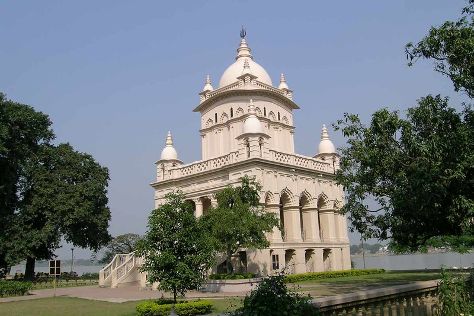 For shopping fun, head to Park Street or Quest Mall. Appreciate the collections at Victoria Memorial Hall and Birla Industrial & Technological Museum. Step out of Kolkata (Calcutta) with an excursion to Belur Math in Belur--about 44 minutes away. Next up on the itinerary: contemplate the waterfront views at Rabindra Sarovar, admire the striking features of General Post Office, make a trip to Mother House, and look for gifts at Sunshine.

If you are flying in from Bangladesh, the closest major airport is Netaji Subhash Chandra Bose International Airport. In September in Kolkata (Calcutta), expect temperatures between 39°C during the day and 30°C at night. Cap off your sightseeing on the 23rd (Sun) early enough to travel back home.
more less

Belur Math
Highlights from your plan