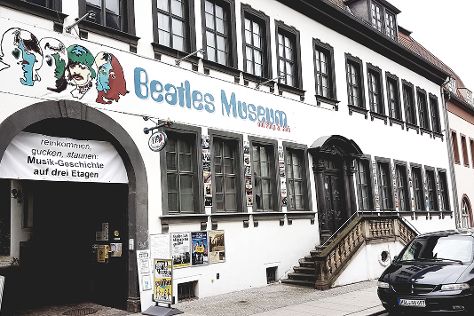 ©
Halle is a city in the southern part of the German state Saxony-Anhalt.Halle is an economic and educational center in central-eastern Germany. You'll explore the less-touristy side of things at Marktkirche Unser Lieben Frauen and Roßtrappe. Venture out of the city with trips to Seilbahnen Thale Erlebniswelt (in Thale), Arche Nebra (in Nebra) and Ferropolis (in Grafenhainichen). There's still lots to do: steep yourself in history at Stiftung Handel-Haus, see the interesting displays at Beatles Museum, don't miss a visit to Melanchthonhaus, and appreciate the history behind The Handel Monument.

If you are flying in from Switzerland, the closest major aiports are Leipzig/Halle Airport, Erfurt Airport and Dresden Airport. In October in Halle (Saale), expect temperatures between 17°C during the day and 10°C at night. Cap off your sightseeing on the 12th (Fri) early enough to travel back home.
more less

Things to do in Halle (Saale)