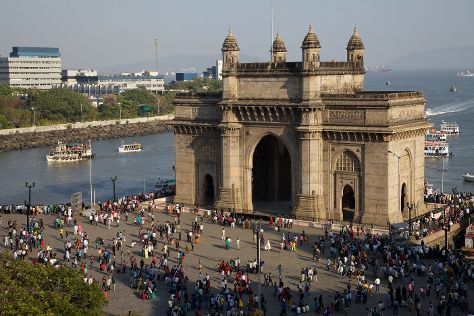 Mumbai is known for historic sites, scenic drive, and shopping. Your plan includes some of its best attractions: make a trip to Gateway of India, take in the spiritual surroundings of Shree Siddhivinayak, look for gifts at Bungalow Eight, and get outside with Marine Drive.

Use the Route module to find travel options from your starting location to Mumbai. Expect a daytime high around 35°C in August, and nighttime lows around 29°C. Finish up your sightseeing early on the 8th (Sat) so you can go by car to Thane.
more less

Things to do in Mumbai

Known for the thirty lakes that lie in and around the city, Thane boasts historic temples and buildings, as well as picturesque natural surroundings popular with tourists who want to escape the city hubbub.

Change things up with these side-trips from Thane: Tungareshwar Temple (in Vasai), Chinchoti Water Falls (in Chinchoti) and Sai Vasan Shah Darbar (in Ulhasnagar). And it doesn't end there: take in the spiritual surroundings of Titwala Ganesh Mandir, explore the activities along Upvan Lake, get outside with Yeoor Hills, and explore the different monuments and memorials at Bene Israel Cemetery.

Getting from Mumbai to Thane by car takes about an hour. In August, daytime highs in Thane are 35°C, while nighttime lows are 28°C. Cap off your sightseeing on the 11th (Tue) early enough to travel to Nashik.
more less

Things to do in Thane 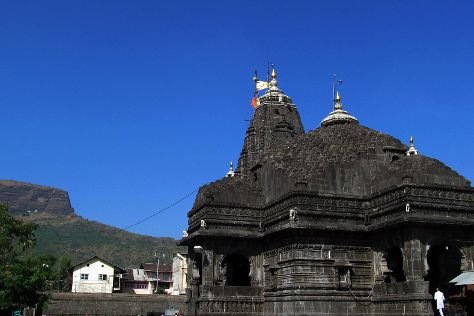 Whether you want to tour important religious sites or explore the city's 22 wineries, you'll have no shortage of things to do in Nashik.

Step out of Nashik to go to Trimbak and see Shri Trimbakeshwar Shiv Jyotirlinga, which is approximately 44 minutes away. There's still lots to do: take your sightseeing to a higher altitude at Brahmagiri Hill, admire the landmark architecture of Someshwar Temple, take in the exciting artwork at WeGo Art Gallery & Art Exhibition, and contemplate in the serene atmosphere at Agasti Mandir Temple.

To find more things to do, where to stay, and more tourist information, use the Nashik day trip planning tool.

Traveling by car from Thane to Nashik takes 3 hours. Finish up your sightseeing early on the 14th (Fri) so you can travel to Dhule.
more less

Things to do in Nashik

Dhule is a small city in western India and a municipal corporation in Dhule District in the northwestern part known as Khandesh of Maharashtra state, India.The town planning of this city was done by Sir Mokshagundam Visvesvaraya.The city, with industrial areas, schools, hospitals, supermarkets and residential areas, has communications and transport infrastructures.Dhule has a municipal corporation, and had 6,75,559 the 2011 census. For more things to do, where to stay, ratings, and more tourist information, use the Dhule travel itinerary planner.

You can drive from Nashik to Dhule in 3.5 hours. You will leave for Jalgaon on the 17th (Mon).
more less

Things to do in Dhule

Traveling by car from Dhule to Jalgaon takes 2.5 hours. Finish your sightseeing early on the 18th (Tue) to allow enough time to travel to Jalna.
more less

Things to do in Jalgaon

Traveling by car from Jalgaon to Jalna takes 5 hours. In August, daytime highs in Jalna are 34°C, while nighttime lows are 25°C. Wrap up your sightseeing on the 20th (Thu) early enough to travel to Ahmednagar.
more less

Things to do in Jalna

©
Ahmednagar is a city in Ahmednagar district in the state of Maharashtra, India, about 120 km northeast of Pune and 114 km from Aurangabad. Start off your visit on the 21st (Fri): contemplate the long history of Meherabad, contemplate in the serene atmosphere at Meher Baba's Samadhi, then brush up on your military savvy at Cavalry Tank Museum, and finally steep yourself in history at Ahmednagar Fort. Here are some ideas for day two: take in the spiritual surroundings of Mohata devi temple, pause for some serene contemplation at St. John's Catholic Church, and then admire the engineering at Ghatghar Dam.

For ratings, other places to visit, more things to do, and tourist information, read our Ahmednagar route tool.

Traveling by car from Jalna to Ahmednagar takes 3.5 hours. Finish up your sightseeing early on the 22nd (Sat) so you can travel to Jawhar.
more less

Things to do in Ahmednagar

©
Jawhar is a city and a municipal council in Palghar district of Maharashtra state in Konkan division. Kick off your visit on the 23rd (Sun): admire the engineering at Khad Khad Dam, then steep yourself in history at Jai Vilas Palace, and then take in the dramatic scenery at Dabhosa Waterfall.

For where to stay, other places to visit, traveler tips, and other tourist information, read Jawhar trip itinerary tool.

Traveling by car from Ahmednagar to Jawhar takes 5.5 hours. In August in Jawhar, expect temperatures between 35°C during the day and 28°C at night. Finish your sightseeing early on the 23rd (Sun) so you can travel to Shirdi.
more less

Things to do in Jawhar

The small town of Shirdi remains a popular pilgrimage destination, best known as the place where Sai Baba, a 19th-century spiritual guru, lived his later years.

When in Shirdi, make a side trip to see Shri Saibaba Tapobhumi Mandir in Kopargaon, approximately Kopargaon away. Pack the 25th (Tue) with family-friendly diversions at Sai Teerth Theme Park Shirdi. There's lots more to do: contemplate in the serene atmosphere at Shri Saibaba Sansthan Temple, take in nature's colorful creations at Lendi Baug, contemplate the long history of Baba's Chavadi, and examine the collection at Dixit Wada Museum.

For ratings, photos, more things to do, and tourist information, use the Shirdi trip planner.

You can drive from Jawhar to Shirdi in 4 hours. Finish your sightseeing early on the 27th (Thu) so you can drive to Pune.
more less

Things to do in Shirdi

Oxford of the East

Pune has long enjoyed a reputation as a center of culture and commerce, with many dynastic rulers making the town central to their regional plans in the centuries before the British Raj.

Pune is known for historic sites, museums, and shopping. Your plan includes some of its best attractions: take in the spiritual surroundings of Dagadusheth Halwai Ganapati Temple, step into the grandiose world of Aga Khan Palace, take in nature's colorful creations at Pune Okayama Friendship Garden, and examine the collection at Darshan Museum.

For maps, where to stay, traveler tips, and other tourist information, use the Pune route planning app.

Things to do in Pune 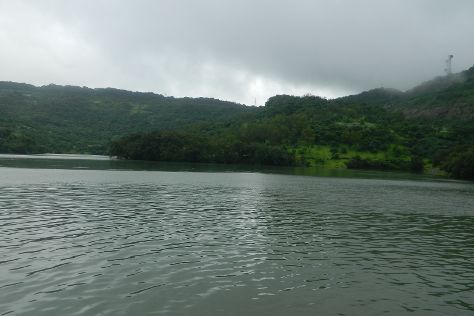 The hill station of Lonavala has developed into a resort town popular with Mumbai and Pune residents.

Start off your visit on the 31st (Mon): contemplate the waterfront views at Pawna Lake and then see human ingenuity at work at Bhushi Dam. Get ready for a full day of sightseeing on the next day: take some stellar pictures from Lion's Point, then steep yourself in history at Lohagad Fort, and then explore the fascinating underground world of Karla Caves.

For where to stay, traveler tips, and more tourist information, use the Lonavala route builder app.

You can take a train from Pune to Lonavala in 1.5 hours. Another option is to drive. In August, daily temperatures in Lonavala can reach 35°C, while at night they dip to 28°C. Finish your sightseeing early on the 2nd (Wed) so you can drive back home.
more less

Things to do in Lonavala