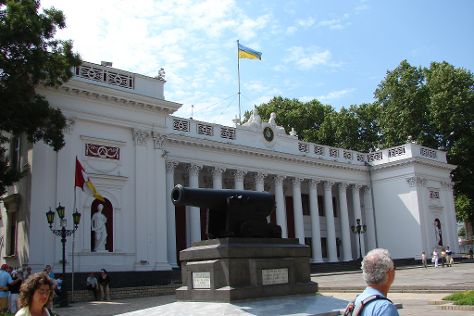 Get out of town with these interesting Odessa side-trips: Ochakiv (Suvorov Military and History Museum & Sudkovsky Seascape Painting Museum), Riviera Shopping City (in Fontanka) and Mykolayiv (Monument to St. Nicholas, St. Joseph Catholic Church, &more). The adventure continues: make a trip to Primorsky Boulevard, pause for some photo ops at Monument to the 12th Chair, see the interesting displays at Secrets of Underground Odessa Museum, and stop by Arcadia district.

For traveler tips, maps, ratings, and tourist information, use the Odessa journey planner.

If you are flying in from Germany, the closest major aiport is Odessa International Airport. Expect a daytime high around 16°C in April, and nighttime lows around 7°C. Finish your sightseeing early on the 12th (Tue) to allow enough time to travel back home.
more less