Keep things going the next day: buy something for everyone on your list at La Isla Shopping Village, stop by Tattooarte, then kick back and relax at Playa Delfines, and finally relax and rejuvenate at some of the best spas.

For where to stay, maps, and more tourist information, go to the Cancun trip planner.

Brussels, Belgium to Cancun is an approximately 12.5-hour flight. You can also do a combination of train and flight. The time zone difference moving from Central European Time to Eastern Standard Time is minus 6 hours. In december, Cancun is much hotter than Brussels - with highs of 32°C and lows of 24°C. Finish up your sightseeing early on the 29th (Tue) so you can go by car to Tulum.
more less

Visit Tulum Archaeological Site and Cobá Zona Arqueológica Cobá for their historical value. You'll get in some beach time at Paradise Beach and Akumal Beach. Get out of town with these interesting Tulum side-trips: Playa del Carmen (Scuba & Snorkeling & Vidrio Soplado Mexicano). The adventure continues: kick back and relax at Mayan Beach, stroll through Punta Laguna Nature Reserve, take in the exciting artwork at Sfer IK, and browse the exhibits of Art Gallery Miniature.

For more things to do, other places to visit, and more tourist information, use the Tulum itinerary builder tool .

Drive from Cancun to Tulum in 2 hours. Alternatively, you can take a shuttle; or take a bus. In december, daily temperatures in Tulum can reach 31°C, while at night they dip to 23°C. Cap off your sightseeing on the 2nd (Sat) early enough to go by car to Valladolid.
more less

Sultana of the East

One of the gateways to the ruins of Chichen Itza, Valladolid boasts plenty of historic charm and offers a range of tourist-oriented services that ensure pleasant holidays in this area.

On the 3rd (Sun), delve into the distant past at Ek Balam, explore the ancient world of Ek Balam, and then take in the architecture and atmosphere at Catedral de San Servasio. Here are some ideas for day two: explore the striking landscape at Cenote Zaci, then explore the fascinating underground world of Cenote Xkeken, and then make a trip to Convent of San Bernardino of Siena.

Traveling by car from Tulum to Valladolid takes 1.5 hours. Alternatively, you can take a shuttle; or take a bus. Traveling from Tulum in januari, you can expect nighttime temperatures to be somewhat warmer in Valladolid, with lows of 26°C. Finish up your sightseeing early on the 4th (Mon) so you can go by car to Chichen Itza.
more less

Things to do in Valladolid

You can drive from Valladolid to Chichen Itza in an hour. Another option is to do a combination of bus and taxi. In januari in Chichen Itza, expect temperatures between 33°C during the day and 26°C at night. Wrap up your sightseeing on the 5th (Tue) early enough to drive to Izamal.
more less

©
Temple of the Bearded Man

©
Izamal is a small city in the Mexican state of Yucatán, 72 km (about 40 miles) east of state capital Mérida, in southern Mexico.Izamal was continuously occupied throughout most of Mesoamerican chronology; in 2000, the city's estimated population was 15,000 people. On the 6th (Wed), explore the ancient world of Piramide de Kinich Kak Moo, then explore the ancient world of Izamal Ruins, and then take in the architecture and atmosphere at Convento de San Antonio de Padua. Keep things going the next day: Head underground at Homun Cenotes.

To see other places to visit, photos, reviews, and tourist information, go to the Izamal vacation planner.

Drive from Chichen Itza to Izamal in 1.5 hours. Traveling from Chichen Itza in januari, expect slightly colder with lows of 21°C in Izamal. Wrap up your sightseeing by early afternoon on the 7th (Thu) to allow enough time to drive to Merida.
more less

Things to do in Izamal

Homun Cenotes
Highlights from your plan 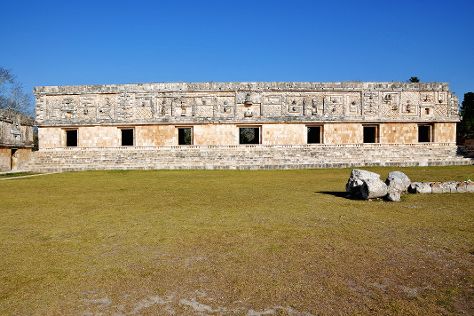 Start off your visit on the 7th (Thu): indulge in some personalized pampering at some of the best spas. Get ready for a full day of sightseeing on the next day: steep yourself in history at Palacio de Gobierno del Estado de Yucátan, steep yourself in history at Merida Cathedral, sample the fine beverages at Posheria Merida, then see the interesting displays at Gran Museo del Mundo Maya, and finally explore the ancient world of Dzibilchaltún.

To find traveler tips, where to stay, maps, and tourist information, you can read our Merida online trip itinerary builder .

You can drive from Izamal to Merida in an hour. januari in Merida sees daily highs of 34°C and lows of 21°C at night. Wrap up your sightseeing on the 9th (Sat) to allow time to travel to Campeche.
more less

Things to do in Merida 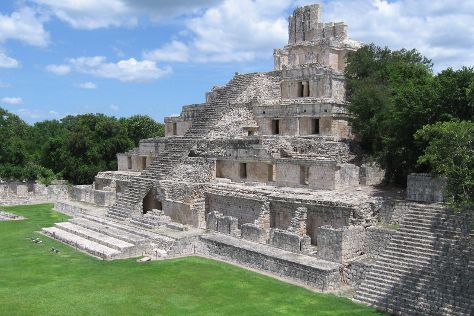 Campeche holidays draw a growing number of visitors interested in discovering a historical fairyland that stands in stark contrast with Cancun and the Maya Rivera on the opposite side of the Peninsula.

Start off your visit on the 10th (Sun): take in the spiritual surroundings of Zona Arquelogica Edzna and then appreciate the extensive heritage of Campeche Waterfront Promenade. On the 11th (Mon), you'll have a packed day of sightseeing: steep yourself in history at Puerta de Tierra, take a stroll through Centro Historico de San Francisco de Campeche, then make a trip to Casa No. 6, and finally pause for some serene contemplation at Catedral de Campeche.

To see traveler tips, where to stay, reviews, and other tourist information, you can read our Campeche trip planner.

You can drive from Merida to Campeche in 2.5 hours. Expect a daytime high around 34°C in januari, and nighttime lows around 21°C. Cap off your sightseeing on the 12th (Tue) early enough to travel to Xpujil Town.
more less

Things to do in Campeche

For other places to visit, more things to do, photos, and other tourist information, go to the Xpujil Town day trip planner .

Drive from Campeche to Xpujil Town in 4 hours. Wrap up your sightseeing on the 12th (Tue) to allow time to drive to Bacalar.
more less

Things to do in Xpujil Town 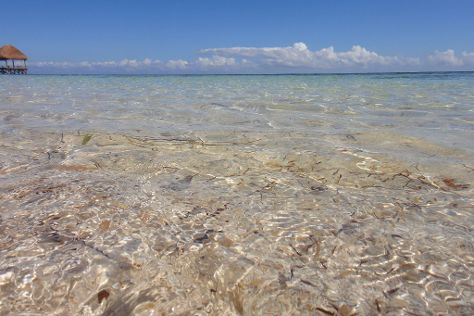 ©
Bacalar is the municipal seat and largest city in Bacalar Municipality (until 2011 a part of Othón P. Get outdoors at Maya Chan Beach and Lake Bacalar. Get some cultural insight at Pyramid of the Masks and Dzibanche. You'll find plenty of places to visit near Bacalar: Zona Arqueologica De Chaachoben (in Chacchoben) and Mahahual (Costa Maya Port, Colleen's Magnetic Jewelry, &more). The adventure continues: explore the ancient world of Kinichna and take an in-depth tour of Fuerte de San Felipe.

For ratings, where to stay, maps, and more tourist information, go to the Bacalar online driving holiday planner .

Drive from Xpujil Town to Bacalar in 2 hours. januari in Bacalar sees daily highs of 35°C and lows of 21°C at night. On the 17th (Sun), wrap the sightseeing up by early afternoon so you can travel to Cozumel.
more less

Get some cultural insight at San Gervasio Mayan Archaeological Site and Zona Arqueológica del Cedral. Get in touch with nature at Scuba & Snorkeling and Playa Palancar. The adventure continues: play a few rounds at Cozumel Country Club, kick back and relax at Punta Sur Eco Beach Park, browse the exhibits of Galo Art Studio, and indulge in some personalized pampering at some of the best spas.

For reviews, photos, ratings, and tourist information, refer to the Cozumel tour planner.

You can do a combination of bus and ferry from Bacalar to Cozumel in 6.5 hours. When traveling from Bacalar in januari, plan for a bit cooler days in Cozumel, with highs around 30°C, while nights are about the same with lows around 22°C. Finish your sightseeing early on the 22nd (Fri) so you can travel back home.
more less