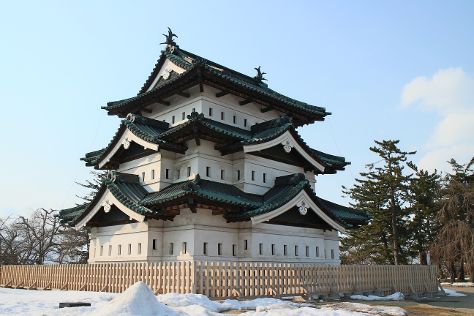 You'll find plenty of places to visit near Aomori: Hirosaki (Hirosaki Castle, Hirosaki Food Market, Niji no Mart, &more). Next up on the itinerary: admire the landmark architecture of Nebuta Museum Wa Rasse, take in the natural beauty of Manjufukashi, take in the views from Jogakura Bridge, and appreciate the extensive heritage of Sannai-Maruyama Site.

To see more things to do, photos, where to stay, and more tourist information, use the Aomori holiday maker tool.

Singapore, Singapore to Aomori is an approximately 13-hour flight. You can also do a combination of car and ferry. The time zone difference moving from Singapore Standard Time (SGT) to Japan Standard Time (JST) is 1 hour. Traveling from Singapore in December, expect Aomori to be much colder, temps between 1°C and -2°C. Finish your sightseeing early on the 7th (Mon) to allow enough time to take a train to Semboku.
more less 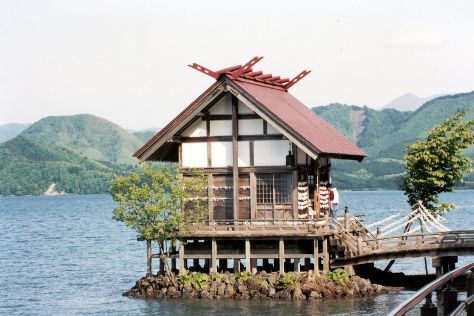 On the 8th (Tue), get engrossed in the history at Aoyagi Samurai Manor Museum, wander the streets of Samurai District, contemplate the waterfront views at Lake Tazawa, then contemplate the long history of Ishiguro Samurai House, and finally take an in-depth tour of Kakunodate Samurai House Museum. On the next day, take in the awesome beauty at Mt. Akita Komagatake, take your sightseeing to a higher altitude at Mt. Yokodake, then indulge in Japan's hot spring tradition at some of the top local onsens, and finally take in panoramic vistas at Obukasawa Observatory.

You can take a train from Aomori to Semboku in 2.5 hours. Another option is to drive. In December in Semboku, expect temperatures between 3°C during the day and 0°C at night. Cap off your sightseeing on the 9th (Wed) early enough to catch the train to Sendai.
more less

Start off your visit on the 10th (Thu): admire nature's wide array of creatures at Sendai Uminomori Aquarium, contemplate the waterfront views at Hirose River, then take an in-depth tour of Zuihoden, then take in the spiritual surroundings of Osaki Hachiman Shrine, and finally make a trip to Jozenji-dori Avenue. Here are some ideas for day two: don't miss a visit to Sendai Station, steep yourself in history at Sendaijo Ato, then step into the grandiose world of Aoba Castle Museum, then admire the sheer force of Akiu Fall, and finally brush up on your knowledge of spirits at Nikka Whisky Sendai Factory Miyagikyo Distillery.

Use Inspirock's suggestions to plan your Sendai trip and find the best activities and attractions for your vacation.

You can take a train from Semboku to Sendai in 2 hours. Alternatively, you can drive. Plan for somewhat warmer temperatures traveling from Semboku in December, with highs in Sendai at 8°C and lows at 5°C. Finish your sightseeing early on the 11th (Fri) to allow enough time to drive to Matsushima-machi.
more less 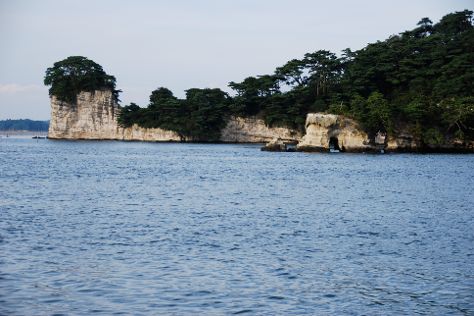 Matsushima-machi has long enjoyed a reputation for its natural scenery: back in the 17th century, scholar Hayashi Gaho listed its bay as one of the Three Views of Japan.

Get out of town with these interesting Matsushima-machi side-trips: Chuson-ji Temple (in Hiraizumi-cho) and Osaki (Onsen Resorts & Naruko Valley). And it doesn't end there: go for a stroll along the water at Matsushima Bay, snap pictures at Fukuurabashi Bridge, contemplate in the serene atmosphere at Entsu-in Temple, and take an in-depth tour of Michinoku Date Masamune Historical Museum.

Getting from Sendai to Matsushima-machi by car takes about an hour. Other options: take a train. Expect a daytime high around 8°C in December, and nighttime lows around 5°C. Wrap up your sightseeing on the 14th (Mon) to allow time to drive to Zao-machi.
more less

Things to do in Matsushima-machi 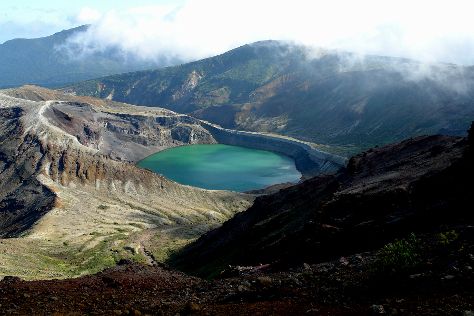 ©
Start off your visit on the 15th (Tue): take in the dramatic natural features at Okama Crater, take in the awesome beauty at Mt. Katta, get outside with Zao Echo Line, then take in panoramic vistas at Takimidai Lookout, and finally stroll around Michinoku Lakeside National Government Park.

To see traveler tips, reviews, other places to visit, and other tourist information, read our Zao-machi online trip itinerary planner.

Things to do in Zao-machi 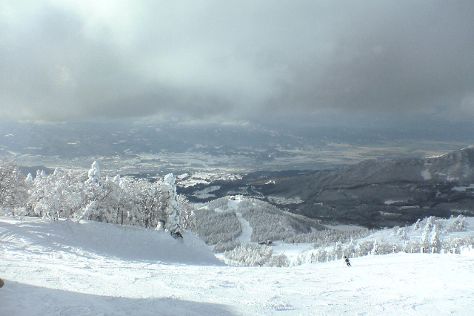 The town of Yamagata and its surrounding prefecture have a wealth of attractions, both man-made and natural.

Venture out of the city with trips to Uesugi Jinja Shrine (in Yonezawa) and Yudonosan Shrine (in Tsuruoka). The adventure continues: fly down the slopes at Yamagata Zao Onsen Ski Resort, contemplate in the serene atmosphere at Risshaku-ji Temple, soak in some Japanese tradition at some of the top local onsens, and don't miss a visit to Frost Covered Trees of Zao.

Getting from Zao-machi to Yamagata by car takes about an hour. When traveling from Zao-machi in December, plan for little chillier days and about the same nights in Yamagata: temperatures range from 4°C by day to 0°C at night. Finish your sightseeing early on the 18th (Fri) to allow enough time to drive to Kitashiobara-mura.
more less

Things to do in Yamagata 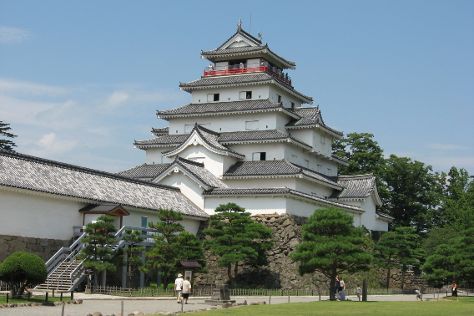 To see maps, reviews, photos, and other tourist information, refer to the Kitashiobara-mura trip planner.

Things to do in Kitashiobara-mura 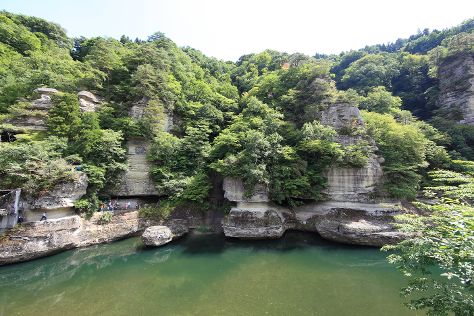 ©
Step out of Shimogo-machi with an excursion to Oshiraji Falls in Yaita--about 1h 15 min away.

Getting from Kitashiobara-mura to Shimogo-machi by car takes about 2 hours. In December in Shimogo-machi, expect temperatures between 7°C during the day and 0°C at night. Wrap up your sightseeing by early afternoon on the 25th (Fri) to allow enough time to travel to Towada.
more less

Things to do in Shimogo-machi

For other places to visit, where to stay, traveler tips, and more tourist information, refer to the Towada trip itinerary maker website.

Drive from Shimogo-machi to Towada in 7 hours. Alternatively, you can do a combination of car and flight. Traveling from Shimogo-machi in December, you will find days in Towada are slightly colder (3°C), and nights are about the same (0°C). On the 28th (Mon), wrap the sightseeing up by early afternoon so you can travel back home.
more less