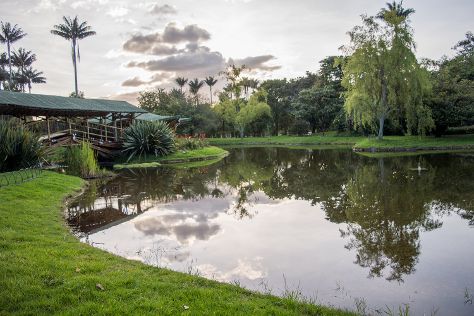 Colombia's heart and soul, Bogota has earned the nickname "Athens of South America" thanks to its abundance of universities, libraries, and lower-level schools.

Start off your visit on the 2nd (Thu): stroll around Parque Metropolitano Simon Bolivar. Keep things going the next day: make a trip to Teatro Mayor Julio Mario Santo Domingo, look for all kinds of wild species at Bioparque La Reserva, and then take in nature's colorful creations at Jardin Botanico de Bogota Jose Celestino Mutis.

La Paz, Bolivia to Bogota is an approximately 5-hour flight. You can also drive; or do a combination of train, car, and bus. The time zone changes from Bolivia Time to Colombia Time, which is usually a -1 hour difference. When traveling from La Paz in July, plan for a bit warmer days and much hotter nights in Bogota: temperatures range from 65°F by day to 48°F at night. Cap off your sightseeing on the 4th (Sat) early enough to travel to Cartagena.
more less

Things to do in Bogota 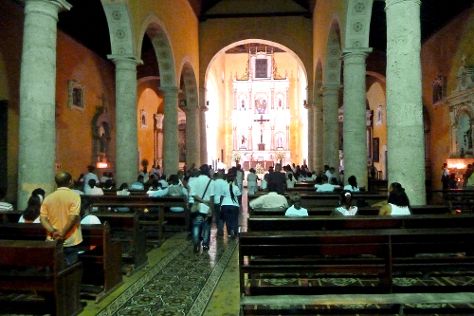 The site of the continent's first Spanish colony, Cartagena retains much of its colonial flavor thanks to a World Heritage-listed old town, encircled by old walls and protected by imposing fortresses.

Popular historic sites such as Plaza Santo Domingo and Templo de Santo Domingo are in your itinerary. Explore hidden gems such as Convent of Santa Cruz de la Popa and Scuba & Snorkeling. Go for a jaunt from Cartagena to Isla Baru to see Playa Blanca about 1h 05 min away. The adventure continues: take in the architecture and atmosphere at Iglesia de la Trinidad, contemplate the long history of Walled City of Cartagena, and make a trip to Castillo de San Felipe de Barajas.

For photos, other places to visit, more things to do, and other tourist information, read our Cartagena trip planner .

Fly from Bogota to Cartagena in 3.5 hours. Alternatively, you can do a combination of flight and bus; or drive. Traveling from Bogota in July, expect Cartagena to be much hotter, temps between 91°F and 78°F. Finish your sightseeing early on the 8th (Wed) to allow enough time to travel to Quito.
more less

Playa Blanca
Highlights from your plan 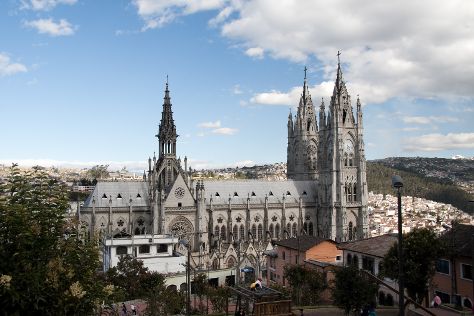 High in the Andean foothills, Quito remains one of the world's most photogenic capital cities, featuring two dramatic mountain ranges as its backdrop.

Start off your visit on the 8th (Wed): admire the striking features of Basilica del Voto Nacional, then appreciate the extensive heritage of Quito Old Town, and then contemplate in the serene atmosphere at Fundacion Iglesia de la Compania.

For more things to do, maps, where to stay, and more tourist information, refer to the Quito vacation planner .

Getting from Cartagena to Quito by flight takes about 7.5 hours. Other options: drive; or do a combination of taxi, bus, and car. Plan for a bit cooler temperatures traveling from Cartagena in July, with highs in Quito at 73°F and lows at 59°F. Wrap up your sightseeing on the 9th (Thu) to allow time to travel to Guayaquil.
more less

Things to do in Quito 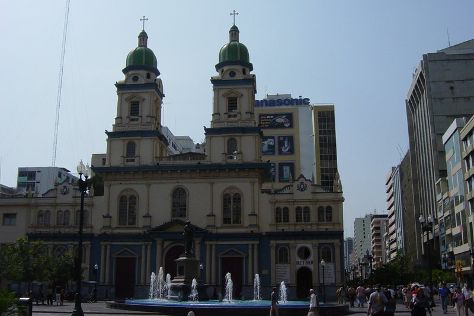 Pearl of the Pacific

On the 9th (Thu), take a stroll through Las Penas, wander the streets of Cerro Santa Ana, get to know the fascinating history of Guayaquil Historical Park, then take in the architecture and atmosphere at Iglesia San Francisco, and finally appreciate the extensive heritage of Santa Ana Port. Keep things going the next day: admire the striking features of Torre Morisca, then take in the architecture and atmosphere at Catedral Metropolitana de Guayaquil, then take a leisurely stroll along Malecon 2000, and finally pause for some photo ops at Hemiciclo de la Rotonda.

For photos, reviews, more things to do, and other tourist information, use the Guayaquil trip maker app .

You can do a combination of taxi and flight from Quito to Guayaquil in 2 hours. Other options are to drive; or do a combination of bus and taxi. Expect a bit warmer temperatures when traveling from Quito in July; daily highs in Guayaquil reach 85°F and lows reach 71°F. Wrap up your sightseeing on the 10th (Fri) early enough to travel to Puerto Baquerizo Moreno.
more less

Things to do in Guayaquil 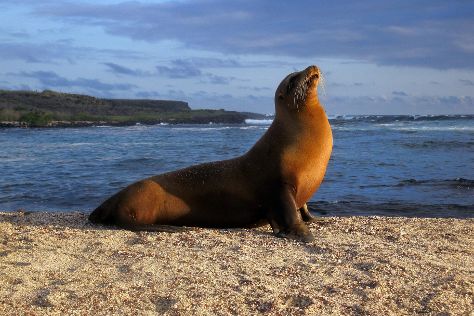 The capital of the Galapagos Islands, Puerto Baquerizo Moreno is located on easternmost island of the archipelago, San Cristobal.

Here are some ideas for day two: enjoy the sand and surf at La Loberia, explore the galleries of Interpretation Center, then pause for some serene contemplation at Catedral Inmaculada Concepcion, and finally stroll through Galapaguera de Cerro Colorado.

Things to do in Puerto Baquerizo Moreno

San Cristobal
Highlights from your plan 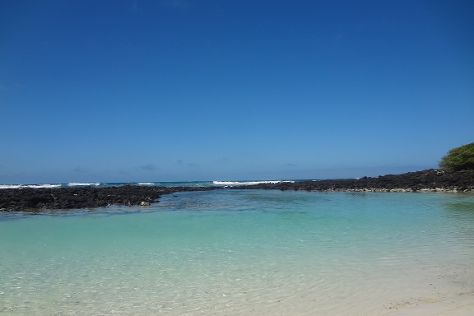 The largest settlement in the Galapagos, Puerto Ayora offers visitors to the islands an array of facilities and things to do.

Get a sense of the local culture at Galeria Aymara and Maki-Art Gallery. Your itinerary includes some good beach time at Galapagos Beach at Tortuga Bay and Playa las Bachas. There's much more to do: tour the pleasant surroundings at Charles Darwin Research Station, enjoy the sand and surf at Playa de los Alemanes, make a trip to Santa Cruz Fish Market, and stop by Darwin's Cotton.

To see ratings, where to stay, photos, and other tourist information, read Puerto Ayora trip planner .

Traveling by ferry from Puerto Baquerizo Moreno to Puerto Ayora takes 2.5 hours. In July, daytime highs in Puerto Ayora are 80°F, while nighttime lows are 71°F. Wrap up your sightseeing on the 16th (Thu) to allow time to travel to Lima.
more less

Things to do in Puerto Ayora

Santa Cruz
Highlights from your plan 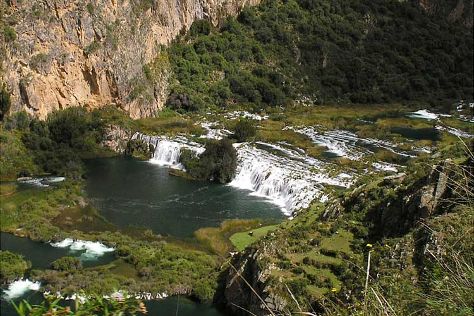 City of the Kings

Founded in 1535 by Spanish explorer Francisco Pizarro, Lima represents an interesting blend of modern attractions and preserved colonial architecture, much of it clustered in the World Heritage-listed city center.

To see photos, where to stay, more things to do, and more tourist information, read Lima trip builder .

Do a combination of ferry and flight from Puerto Ayora to Lima in 10 hours. In July, Lima is little chillier than Puerto Ayora - with highs of 66°F and lows of 61°F. Finish up your sightseeing early on the 17th (Fri) so you can travel to Arequipa.
more less

Things to do in Lima 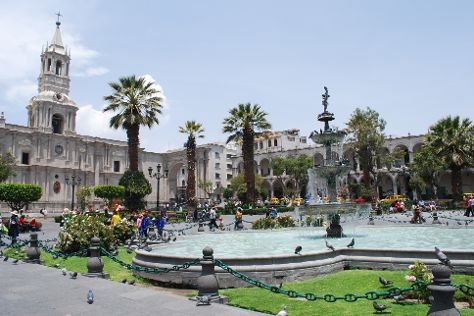 On the 18th (Sat), pause for some serene contemplation at Museo de la Catedral de Arequipa, see the interesting displays at Santa Catalina Monastery, contemplate in the serene atmosphere at Church of San Agustin, then take a stroll through Yanahuara, and finally steep yourself in history at Historic Centre of Arequipa.

For photos, other places to visit, and more tourist information, you can read our Arequipa trip itinerary planning website .

Fly from Lima to Arequipa in 2 hours. Alternatively, you can drive; or take a bus. Plan for a bit cooler nights when traveling from Lima in July since evenings lows in Arequipa dip to 47°F. Wrap up your sightseeing on the 18th (Sat) early enough to travel to Cusco.
more less

Things to do in Arequipa

Eschew the tourist crowds and head to Sacred Valley of the Incas and Q'enqo. Visit Sacsayhuaman and Tambomachay for their historical value. There's much more to do: contemplate the long history of Tipon, stop by Yanantin Alpaca y Artesania, explore the ancient world of Centro Historico De Cusco, and pause for some serene contemplation at Cusco Cathedral.

To see maps, other places to visit, and other tourist information, read our Cusco itinerary maker app .

You can fly from Arequipa to Cusco in 1.5 hours. Alternatively, you can drive; or take a bus. Plan for slightly colder nights when traveling from Arequipa in July since evenings lows in Cusco dip to 34°F. Finish your sightseeing early on the 21st (Tue) to allow enough time to travel to Machu Picchu.
more less

Things to do in Cusco

Sacred Valley of the Incas
Highlights from your plan

©
Sacred Valley of the Incas

A symbol of the Incan civilization, the abandoned city of Machu Picchu represents a must-see on a Peru vacation.

Kick off your visit on the 22nd (Wed): explore the ancient world of Santuario Historico de Machu Picchu and then stroll through Jardin Botanico en Machu Pichu. Keep things going the next day: take in the awesome beauty at Phutuq K'usi, take in nature's colorful creations at Los Jardines de Mandor, then make a trip to Intipuncu, and finally explore the ancient world of Winay Wayna.

For reviews, maps, other places to visit, and tourist information, you can read our Machu Picchu day trip site .

Do a combination of bus and train from Cusco to Machu Picchu in 3.5 hours. Alternatively, you can take a train; or drive. Wrap up your sightseeing on the 23rd (Thu) early enough to drive back home.
more less

Things to do in Machu Picchu