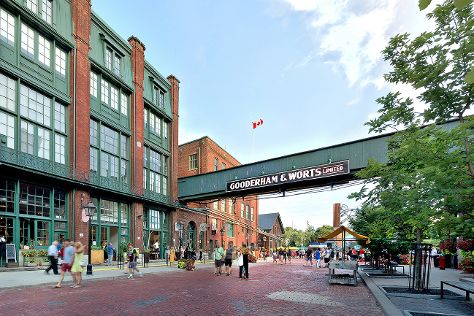 Deepen your sense of the past at sights like The Distillery District and Queen Street. Head to St. Lawrence Market and University of Toronto Art Centrefor plenty of shopping. Explore Toronto's surroundings by going to Niagara-on-the-Lake (King Street Gallery & Irene MacKenzie at On the Lake Watercolours), Foreign Affair Winery (in Vineland) and Niagara Falls (Horseshoe Falls, Journey Behind the Falls, &more). Next up on the itinerary: see the interesting displays at Royal Ontario Museum, take in the spiritual surroundings of St Michael's Cathedral Basilica, admire the landmark architecture of CN Tower, and engage your brain at Ontario Science Centre.

Plan my trip to Toronto with suggested itineraries provided by Inspirock.

Relax by the water at Kitsilano Beach and Wreck Beach. Museum-lovers will get to explore Museum of Anthropology and Vancouver Biennale. Venture out of the city with trips to Deep Cove (in North Vancouver), Fishing Charters & Tours (in Chilliwack) and Richmond (Gulf of Georgia Cannery National Historic Site & Steveston Heritage Fishing Village). The adventure continues: glide through natural beauty at Whistler Blackcomb, admire the landmark architecture of Bloedel Conservatory, walk around Stanley Park, and explore the striking landscape at Vancouver Seawall.

To see where to stay, other places to visit, maps, and tourist information, read Vancouver trip itinerary site.