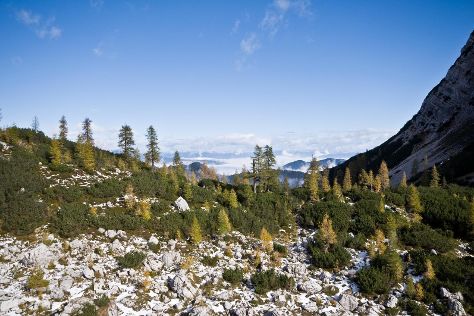 A trip to Kranjska Gora takes visitors to an area that represents a border point between Austria, Italy, and Slovenia.

Explore hidden gems such as Vrsic Pass - Julian Alps and Planica Valley. Pr Katr in Dovje and Slovenian Alpine Museum are good opportunities to explore the local culture. When in Kranjska Gora, make a side trip to see Peričnik Waterfall in Mojstrana, approximately Mojstrana away. Next up on the itinerary: explore the landscape on two wheels at Kranjska Gora Bike Park, try your luck at Casino Korona, make a splash at Aqua Larix, and tour along fresh powder with Ski School Kekec - Day Adventures.

To find where to stay, reviews, traveler tips, and more tourist information, you can read our Kranjska Gora tour itinerary app.

Brussels, Belgium to Kranjska Gora is an approximately 6.5- hour combination of flight and car. You can also drive. In August in Kranjska Gora, expect temperatures between 28°C during the day and 14°C at night. Finish up your sightseeing early on the 14th (Fri) so you can go by car to Bohinjsko Jezero.
more less

Things to do in Kranjska Gora

Mojstrana, Pr Katr in Dovje
Highlights from your plan 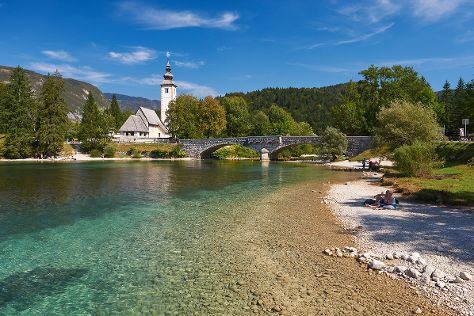 The mirror-like waters of the largest glacial lake in Slovenia make Bohinjsko Jezero one of the most popular tourist attractions in the country.

Start off your visit on the 15th (Sat): explore the activities along Lake Bohinj, pause for some serene contemplation at Church of St John the Baptist, then take a tour by water with Boat Tours & Water Sports, and finally take your sightseeing to a higher altitude at Mount Triglav. On the 16th (Sun), you'll have a packed day of sightseeing: take in the dramatic scenery at Savica Waterfall, take in the architecture and atmosphere at Spodnja Sorica Church of St. Nicholas, and then tour the pleasant surroundings at Kopališče Lajšt.

For ratings, maps, traveler tips, and tourist information, you can read our Bohinjsko Jezero visit website.

You can drive from Kranjska Gora to Bohinjsko Jezero in 1.5 hours. Another option is to take a bus. Expect a daytime high around 28°C in August, and nighttime lows around 14°C. Wrap up your sightseeing on the 16th (Sun) early enough to drive to Kobarid.
more less

Things to do in Bohinjsko Jezero 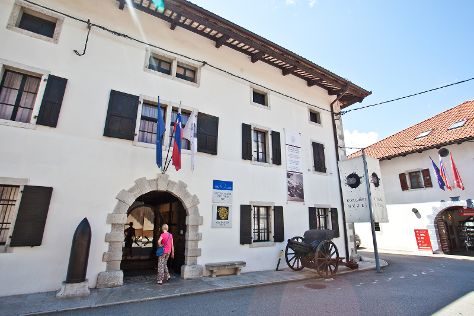 At the very heart of picturesque Soca Valley, Kobarid delivers some of the most stunning views of Slovenia's highest peaks, as well as a chance to enjoy some exciting alpine rivers.

On the 17th (Mon), examine the collection at Kobarid Museum, take in the dramatic scenery at Kozjak Waterfall, then admire the sheer force of Kosec Gorge, and finally take in the history at Ravelnik Open Air Museum. On the next day, contemplate the long history of Kozlov Rob, then steep yourself in history at Outdoor Museum Kolovrat (muzej na prostem), then don't miss a visit to Slap Krampez, and finally identify plant and animal life at Kozjak.

You can drive from Bohinjsko Jezero to Kobarid in 2 hours. Alternatively, you can take a bus. In August, daytime highs in Kobarid are 28°C, while nighttime lows are 14°C. Finish your sightseeing early on the 18th (Tue) to allow enough time to drive to Piran.
more less

Things to do in Kobarid

Considered one of the prettiest cities on the country's coast, Piran owes much of its development to salt.

Start off your visit on the 19th (Wed): admire the landmark architecture of Benečanka Venetian House, pause for some serene contemplation at Cerkev Marije Snezne, get curious at Mediadom Pyrhani, then shop like a local with Nika's Tiny House, then contemplate in the serene atmosphere at Piran Minorite Monastery, and finally pause for some serene contemplation at Church of St. Francis of Assisi. On the 20th (Thu), you'll have a packed day of sightseeing: admire the striking features of Sodna palaca, don't miss a visit to Port Piran, take in the architecture and atmosphere at Church of St. Bernardine, get curious at Magical World of Shells Museum, then see the interesting displays at Sergej Masera Maritime Museum (Pomorski muzej), and finally pause for some serene contemplation at Chiesa di San Rocco/ Cerkev sv. Roka.

To find more things to do, traveler tips, where to stay, and more tourist information, use the Piran trip itinerary builder tool.

You can drive from Kobarid to Piran in 2.5 hours. Alternatively, you can take a bus. Traveling from Kobarid in August, expect Piran to be a bit warmer, temps between 34°C and 20°C. On the 20th (Thu), wrap the sightseeing up by early afternoon so you can drive to Ljubljana.
more less

Things to do in Piran

To see other places to visit, reviews, and tourist information, you can read our Ljubljana trip planner.

Traveling by car from Piran to Ljubljana takes 1.5 hours. Alternatively, you can take a bus; or take a train. Traveling from Piran in August, things will get little chillier in Ljubljana: highs are around 31°C and lows about 15°C. Wrap up your sightseeing on the 27th (Thu) to allow time to take a shuttle to Maribor.
more less 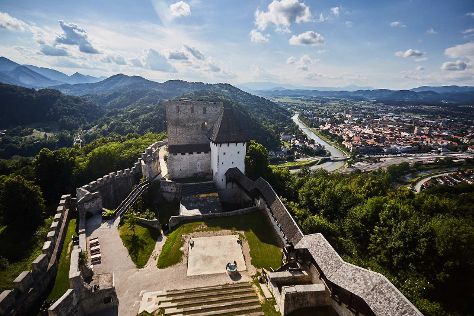 Cycling may be one of the best ways to tour Maribor, a great base for exploring the surrounding area and conquering Pohorje Mountains.

Visit Celje Castle and Lent - the Oldest Part of the City of Maribor for their historical value. Eschew the tourist crowds and head to Žiče Charterhouse and Franciscan Church. Take a break from Maribor with a short trip to Zupnijska cerkev sv. Marije - Ptujskogorske Matere Bozje in Ptuj, about 34 minutes away. And it doesn't end there: examine the collection at Maribor Regional Museum, do a tasting at Ramsak Winery, pause for some serene contemplation at Church of St. George, and get a sense of history and politics at Rotovz Town Hall.

For traveler tips, more things to do, and other tourist information, read Maribor trip maker.

You can take a shuttle from Ljubljana to Maribor in 1.5 hours. Other options are to drive; or take a train. In August, plan for daily highs up to 32°C, and evening lows to 16°C. Wrap up your sightseeing on the 30th (Sun) early enough to travel back home.
more less

Things to do in Maribor