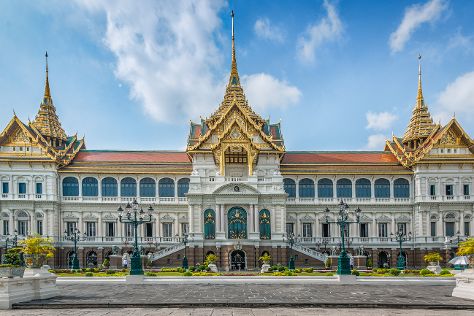 Kids will appreciate attractions like SEA LIFE Bangkok Ocean World and Children's Discovery Museum. The adventure continues: step into the grandiose world of The Grand Palace, contemplate in the serene atmosphere at Temple of Dawn (Wat Arun), delve into the distant past at Wat Pho, and learn about wildlife with up-close encounters at Safari World.

Montreal, Canada to Bangkok is an approximately 22.5-hour flight. You can also do a combination of train and flight; or do a combination of bus and flight. The time zone changes from Eastern Standard Time to Indochina Time, which is usually a 12 hour difference. Plan for much warmer temperatures traveling from Montreal in December, with highs in Bangkok at 36°C and lows at 26°C. On the 21st (Sat), wrap the sightseeing up by early afternoon so you can travel to Ko Lanta.
more less 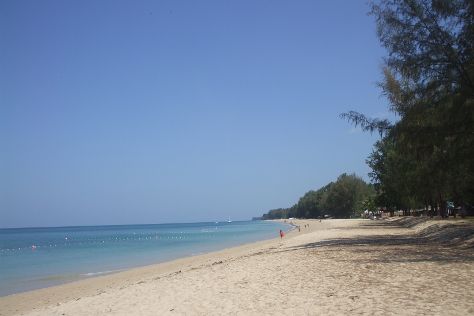 To see traveler tips, other places to visit, reviews, and other tourist information, read our Ko Lanta driving holiday planner .

Getting from Bangkok to Ko Lanta by combination of flight, bus, and ferry takes about 10.5 hours. Other options: do a combination of car and ferry; or do a combination of bus and ferry. In December, daily temperatures in Ko Lanta can reach 36°C, while at night they dip to 26°C. Finish up your sightseeing early on the 24th (Tue) so you can catch the ferry to Ko Phi Phi Don.
more less 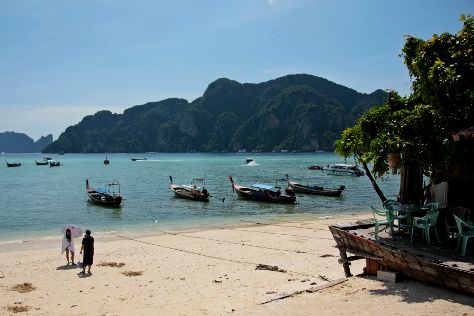 Kids will enjoy Laem Tong Bay and Loh Moo Dee Beach. There's much more to do: discover the deep blue sea with a scuba or snorkeling tour, kick back and relax at Nui Beach, tour the pleasant surroundings at Loh Dalum Beach, and Head underground at Ko Phi Phi Le. 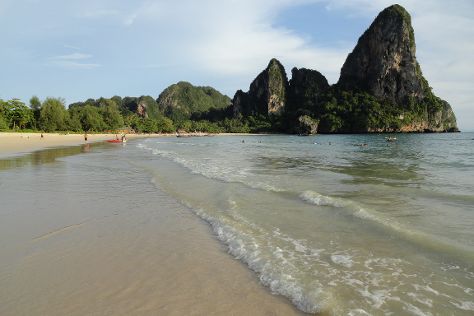 Bring the kids along to Railay Beach and Ao Nang Beach. Step out of Krabi Town with an excursion to James Bond Island in Ao Phang Nga National Park--about 1h 30 min away. Next up on the itinerary: stroll through PhraNang Cave Beach, head off the coast to Poda Island, look for gifts at VICTORIA Fashion House, and contemplate in the serene atmosphere at Tiger Cave Temple (Wat Tham Suea).

You can ride a ferry from Ko Phi Phi Don to Krabi Town in 1.5 hours. In December, plan for daily highs up to 36°C, and evening lows to 26°C. Wrap up your sightseeing on the 30th (Mon) to allow time to travel to Ko Pha Ngan.
more less 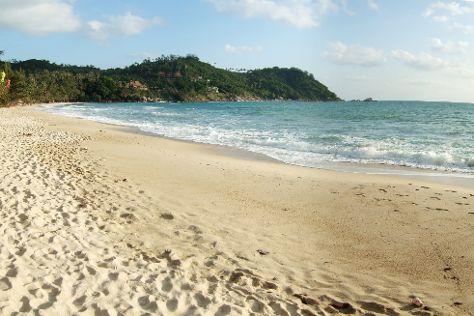 Ko Phangan vacations serve as an ideal escape for backpackers and other spontaneous travelers.

Family-friendly places like Salad Beach and Haad Yao Beach will thrill your kids. The adventure continues: see some colorful creatures with a scuba or snorkeling tour, enjoy some diversion at Kobra Muay Thai Boxing Stadium, tour the pleasant surroundings at The Secret Beach, and indulge in some personalized pampering at some of the best spas.

Plan my Ko Pha Ngan trip by asking Inpirock to come up with tips and suggestions.

Traveling by combination of bus and flight from Krabi Town to Ko Pha Ngan takes 5 hours. Alternatively, you can take a bus. In December, daily temperatures in Ko Pha Ngan can reach 35°C, while at night they dip to 30°C. Wrap up your sightseeing on the 3rd (Fri) to allow time to travel back home.
more less

Things to do in Ko Pha Ngan