London, UK to Brussels is an approximately 3-hour train ride. You can also fly; or do a combination of car and train. The time zone difference moving from Greenwich Mean Time to Central European Standard Time is 1 hour. March in Brussels sees daily highs of 10°C and lows of 1°C at night. Wrap up your sightseeing on the 5th (Fri) early enough to drive to Utrecht.
more less

As one of the Netherland's largest university towns, Utrecht is bursting with young energy.

Museum-lovers will appreciate The Mauritshuis Royal Picture Gallery and Madurodam. Visit Grote Markt and Canals area for their historical value. Get out of town with these interesting Utrecht side-trips: Haarlem (Sint-Bavokerk (Church of St. Bavo), Teylers Museum, &more), The Hague (Escher in Het Paleis (Escher in the Palace) & Panorama Mesdag) and Delft (Maria van Jessekerk & Nieuwe Kerk). There's lots more to do: look for all kinds of wild species at Landtong Rozenburg, take in panoramic vistas at Dom Tower, see the interesting displays at Kruideniers Museum, and take in the architecture and atmosphere at Pieterskerk Utrecht uit 1039.

Traveling by car from Brussels to Utrecht takes 2 hours. Alternatively, you can take a train; or fly. In March in Utrecht, expect temperatures between 11°C during the day and 1°C at night. Cap off your sightseeing on the 11th (Thu) early enough to go by car to Hannover.
more less

Things to do in Utrecht 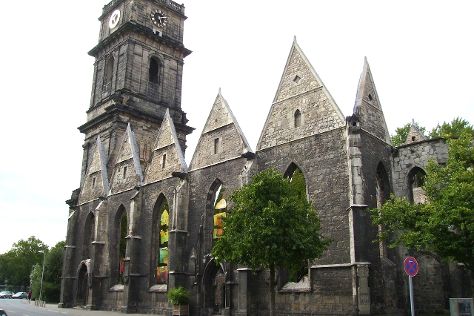 Kick off your visit on the 12th (Fri): see the interesting displays at Luftfahrtmuseum Hannover-Laatzen, ponder the world of politics at The New Town Hall, then contemplate the long history of Aegidienkirche, and finally take in the architecture and atmosphere at Marktkirche.

To find maps, other places to visit, more things to do, and more tourist information, go to the Hannover online travel planner.

Getting from Utrecht to Hannover by car takes about 3.5 hours. Other options: take a train; or fly. March in Hannover sees daily highs of 10°C and lows of 0°C at night. Finish up your sightseeing early on the 12th (Fri) so you can catch the train to Berlin.
more less

Things to do in Hannover

Visit East Side Gallery and Mauermuseum - Museum Haus am Checkpoint Charlie for their historical value. Pergamonmuseum and Topography of Terror will appeal to museum buffs. There's still lots to do: pause for some photo ops at Brandenburg Gate, contemplate the long history of Charlottenburg Palace, don't miss a visit to Potsdamer Platz, and admire the landmark architecture of Berliner Dom.

To plan Berlin vacation without wasting time, ask Inspirock to design an itinerary.

Take a train from Hannover to Berlin in 2.5 hours. Alternatively, you can drive; or fly. Wrap up your sightseeing on the 15th (Mon) to allow time to drive to Poznan.
more less

Poland's original capital, Poznan boasts centuries of rich history and culture, as well as a modern town center drawing a growing number of weekend revelers with its vibrant nightlife and diverse restaurant scene.

You can drive from Berlin to Poznan in 3 hours. Alternatively, you can take a train; or take a bus. In March, daily temperatures in Poznan can reach 9°C, while at night they dip to 0°C. Finish your sightseeing early on the 16th (Tue) so you can drive to Warsaw.
more less

Things to do in Poznan 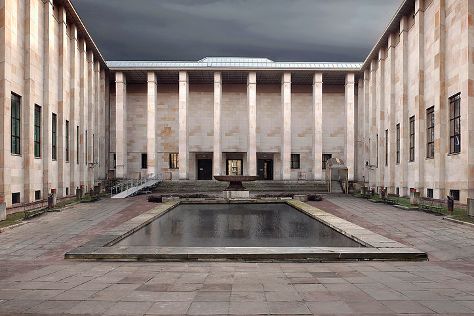 Kick off your visit on the 17th (Wed): brush up on your military savvy at Muzeum Wojska Polskiego, admire the masterpieces at The National Museum in Warsaw, then examine the collection at Pinball Station - Pinball & Arcade Museum, and finally brush up on your military savvy at Muzeum Powstania Warszawskiego. On the next day, get to know the fascinating history of Old Town, explore the historical opulence of Zamek Krolewski w Warszawie - Muzeum, then admire the natural beauty at Lazienki Krolewskie w Warszawie, and finally contemplate the long history of Lazienki Palace (Palac Lazienkowski).

To see maps, other places to visit, photos, and more tourist information, use the Warsaw trip site.

Traveling by car from Poznan to Warsaw takes 3 hours. Alternatively, you can fly; or take a train. Expect a daytime high around 8°C in March, and nighttime lows around 0°C. Finish your sightseeing early on the 18th (Thu) to allow enough time to travel to Kaunas.
more less 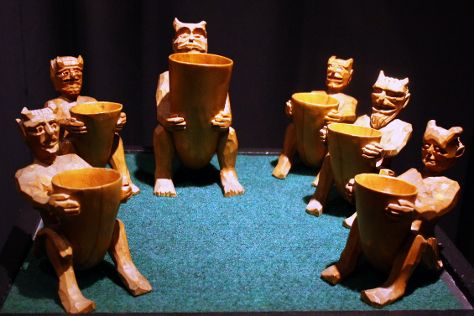 Situated between the Neris and Nemunas rivers, Kaunas is known for its old town, which, though smaller than the capital's, is in much better condition.

Kick off your visit on the 19th (Fri): brush up on your military savvy at Atomic KGB Bunker, steep yourself in history at Ninth Fort, then take an in-depth tour of Rumsiskes Open-Air Museum, and finally take in the architecture and atmosphere at Saint George the Martyr Church. Keep things going the next day: take in the architecture and atmosphere at Cathedral of St. Peter and St. Paul, step into the grandiose world of Kaunas Castle, then see the interesting displays at Museum of History of Lithuanian Medicine and Pharmacy, and finally see the interesting displays at Devil's Museum.

Traveling by flight from Warsaw to Kaunas takes 5 hours. Alternatively, you can drive; or take a bus. The time zone changes from Central European Standard Time to Eastern European Standard Time, which is usually a 1 hour difference. March in Kaunas sees daily highs of 6°C and lows of -1°C at night. Cap off your sightseeing on the 20th (Sat) early enough to travel back home.
more less

Things to do in Kaunas