One of the most sacred Buddhist sites in the world, Bodh Gaya has risen to international fame as the place where Prince Siddhartha sat under the Bodhi tree and gained enlightenment some 2,600 years ago.

If you are flying in from United States, the closest major aiport is Gaya Airport. In December, daytime highs in Bodh Gaya are 76°F, while nighttime lows are 50°F. Finish your sightseeing early on the 26th (Thu) to allow enough time to drive to Nalanda.
more less

Things to do in Bodh Gaya

Gaya
Highlights from your plan 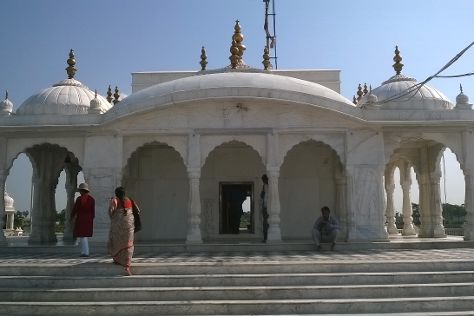 ©
On the 27th (Fri), contemplate the long history of Stupa of Sariputra, don't miss a visit to Xuan Zang ( Hsuen Tsang ) Memorial, then take an in-depth tour of Xuanzang Memorial, and finally take in the spiritual surroundings of Jal Mandir.

You can drive from Bodh Gaya to Nalanda in 2.5 hours. In December, plan for daily highs up to 76°F, and evening lows to 50°F. Cap off your sightseeing on the 27th (Fri) early enough to go by car back home.
more less

Things to do in Nalanda