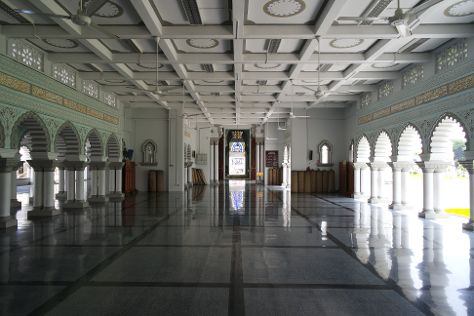 The capital of the state of Kedah on the west coast of the Malaysian Peninsula, Alor Setar ranks as the tenth-largest city in Malaysia by population.

Kick off your visit on the 25th (Fri): browse the different shops at Aman Central, thencontemplate the long history of Zahir Mosque, thentake an in-depth tour of Kedah State Museum, and finally admire the striking features of Alor Setar Tower. Here are some ideas for day two: contemplate in the serene atmosphere at Al Hussain Mosque (Floating Mosque), thenexamine the collection at Kedah Paddy Museum, and then take in the spiritual surroundings of Al-Bukhary Mosque.

For other places to visit, photos, ratings, and tourist information, go to the Alor Setar online trip itinerary planner.

If you are flying in from Singapore, the closest major aiports are Langkawi International Airport, Penang International Airport and Sultan Azlan Shah Airport. In October in Alor Setar, expect temperatures between 36°C during the day and 28°C at night. Finish your sightseeing early on the 26th (Sat) to allow enough time to travel back home.
more less

Things to do in Alor Setar