Cozumel is known for wildlife, outdoors, and theme parks. Your plan includes some of its best attractions: see some colorful creatures with a scuba or snorkeling tour, experience rural life at Rancho Universo Heal a Horse Cozumel Horse Sanctuary Non-Profit Organization, see the vivid underwater world at Santa Rosa Wall, and explore the ancient world of Zona Arqueológica del Cedral.

For reviews, ratings, other places to visit, and tourist information, go to the Tulum vacation planner.

Do a combination of ferry and bus from Cozumel to Tulum in 3.5 hours. August in Tulum sees daily highs of °C and lows of °C at night. Finish your sightseeing early on the 7th (Fri) to allow enough time to travel to Sian Ka'an.
more less

©
On the 8th (Sat), tour the pleasant surroundings at Sian Ka'an Biosphere Reserve.

For ratings, reviews, where to stay, and tourist information, use the Sian Ka'an trip itinerary planner.

Use the Route module to find suitable travel options from Tulum to Sian Ka'an. Cap off your sightseeing on the 8th (Sat) early enough to travel to Bacalar.
more less

Things to do in Sian Ka'an 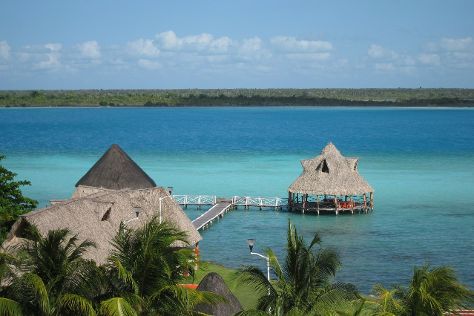 ©
Bacalar is the municipal seat and largest city in Bacalar Municipality (until 2011 a part of Othón P. Start off your visit on the 9th (Sun): find your balance on the water with some of the best stand-up paddleboarding in the area and then explore the activities along Lake Bacalar.

Use the Route module to find suitable travel options from Sian Ka'an to Bacalar. Expect a daytime high around °C in August, and nighttime lows around °C. Finish your sightseeing early on the 9th (Sun) to allow enough time to travel to Calakmul.
more less 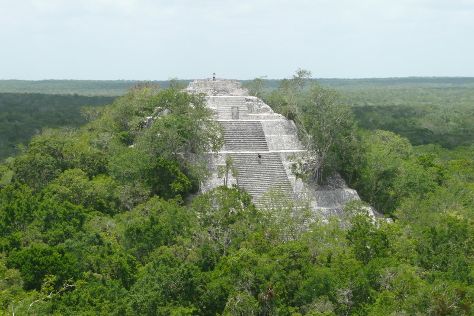 ©
Kick off your visit on the 10th (Mon): explore the ancient world of Calakmul.

To see photos, reviews, and more tourist information, you can read our Calakmul online trip maker.

You can drive from Bacalar to Calakmul in 4 hours. Finish up your sightseeing early on the 10th (Mon) so you can travel to Merida.
more less

Things to do in Calakmul

Calakmul
Highlights from your plan 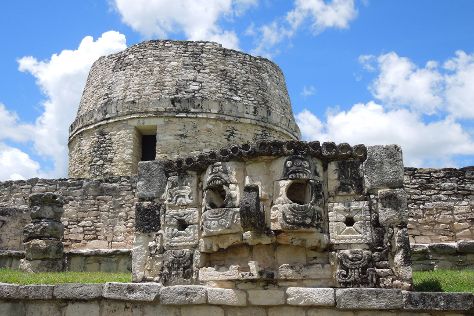 For other places to visit, maps, ratings, and other tourist information, go to the Merida online road trip planner.

Traveling by car from Calakmul to Merida takes 7 hours. Alternatively, you can do a combination of car and flight. In August, daytime highs in Merida are °C, while nighttime lows are °C. Finish your sightseeing early on the 12th (Wed) to allow enough time to drive to Chichen Itza.
more less

Things to do in Merida

For other places to visit, ratings, where to stay, and more tourist information, you can read our Chichen Itza travel route planner.

You can drive from Merida to Chichen Itza in 2 hours. Alternatively, you can take a shuttle; or take a bus. In August, daytime highs in Chichen Itza are °C, while nighttime lows are °C. Wrap up your sightseeing on the 13th (Thu) early enough to drive to Cancun.
more less

Dzibichaltun
Highlights from your plan

Cancun is known for nightlife, wildlife, and adventure. Your plan includes some of its best attractions: buy something for everyone on your list at La Isla Shopping Village, don't miss a visit to El Parque de las Palapas, kick your exploration up a notch at some of the top local zipline courses and adventure parks, and observe the fascinating underwater world at Interactive Aquarium.

For where to stay, maps, ratings, and other tourist information, read Cancun attractions planning website.

Getting from Chichen Itza to Cancun by car takes about 2.5 hours. Other options: take a shuttle; or take a bus. In August, daytime highs in Cancun are °C, while nighttime lows are °C. Finish your sightseeing early on the 16th (Sun) to allow enough time to travel back home.
more less