©
Hönö is a locality situated in Öckerö Municipality, Västra Götaland County, Sweden with 5,110 inhabitants in 2010. Kick off your visit on the 3rd (Sat): identify plant and animal life at Roro naturreservat, examine the collection at Fishing Museum, and then get a new perspective on things with Boat Tours & Water Sports.

Dubai, United Arab Emirates to Hono is an approximately 13- hour combination of flight and car. The time zone changes from Gulf Standard Time to Central European Standard Time, which is usually a -3 hour difference. In August, Hono is much colder than Dubai - with highs of 22°C and lows of 13°C. Wrap up your sightseeing on the 3rd (Sat) to allow time to travel to Stromstad.
more less

©
Strömstad is a locality and the seat of Strömstad Municipality, Västra Götaland County, Sweden with 6,288 inhabitants in 2010.For historical reasons, Strömstad is called a city despite its small population.HistoryOriginally, the province Bohuslän, where Strömstad is situated, was Norwegian territory, which was transferred to Sweden according to the Treaty of Roskilde in 1658.At Strömstad, there was a small fishing village known as Strömmen. Attractions like Nordens Ark and Tjurpannans Naturreservat make great kid-friendly stops. Explore Stromstad's surroundings by going to Kungsklyftan (in Fjallbacka) and Haverud (Haverud Sluss & Dalslands Kanal AB). It doesn't end there: get engrossed in the history at Vitlycke Museum and make a trip to Blomsholm.

To see reviews, other places to visit, where to stay, and tourist information, go to the Stromstad trip itinerary maker tool.

Getting from Hono to Stromstad by car takes about 3 hours. Expect a daytime high around 23°C in August, and nighttime lows around 13°C. Cap off your sightseeing on the 6th (Tue) early enough to travel to Skovde.
more less

©
Skövde is a locality and urban centre in Skövde Municipality and Västra Götaland County, in the Västergötland in central Southern Sweden.Skövde is situated some 150 km northeast of Gothenburg, between Sweden's two largest lakes, Vänern and Vättern. Kids will enjoy Skara Sommarland and Arena Skovde Upplevelsebad. Explore the numerous day-trip ideas around Skovde: Lacko Castle (in Lidkoping), Munkangarna Naturreservat (in Hallekis) and Osterplana Hed och Vall (in Gotene). There's more to do: head outdoors with Billingens Fritidsomrade and make a trip to Gudhems Klosterrruin.

For more things to do, ratings, where to stay, and other tourist information, refer to the Skovde trip itinerary maker website.

You can drive from Stromstad to Skovde in 3 hours. Traveling from Stromstad in August, expect a bit cooler with lows of 10°C in Skovde. Wrap up your sightseeing on the 10th (Sat) to allow time to travel to Halmstad.
more less 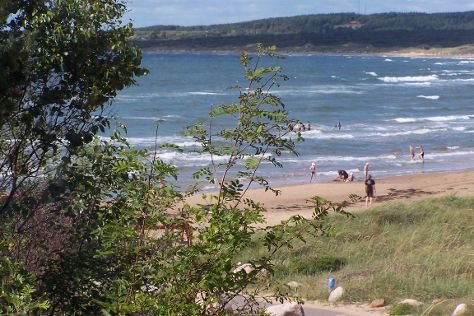 ©
Halmstad is a port, university, industrial and recreational city at the mouth of Nissan in the province of Halland on the Swedish west coast. Bring the kids along to Tylosand Strand and Langasand Strand. Get out of town with these interesting Halmstad side-trips: Varberg (Getteron 1:a vik & Getteron 5:e vik) and Akulla Bokskogar (in Rolfstorp). And it doesn't end there: tee off at Halmstad Golfbana Tylosand, contemplate the long history of Galgberget, take in the architecture and atmosphere at S:t Nikolai kyrka, and look for gifts at Kvibille ostbod.

Use Inspirock's suggestions to plan your Halmstad trip and find the best activities and attractions for your vacation.

You can drive from Skovde to Halmstad in 3 hours. Expect somewhat warmer evenings in Halmstad when traveling from Skovde in August, with lows around 15°C. Wrap up your sightseeing on the 14th (Wed) early enough to take a train to Gothenburg.
more less 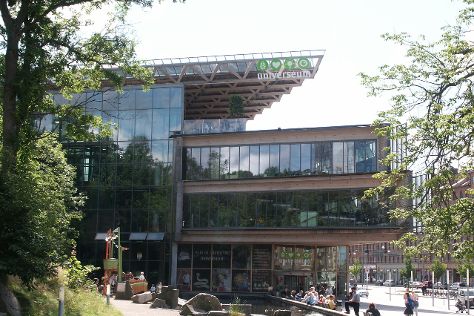 You'll visit kid-friendly attractions like Universeum and Haga. Explore Gothenburg's surroundings by going to Ekopark Halle- och Hunneberg (in Vargon), Trollhätte Canal (in Trollhattan) and Boras (Boras Djurpark, No Limit Street Art Boras, &more). There's much more to do: step off the mainland to explore Southern Goteborg Archipelago, examine the collection at Volvo Museum, admire nature's wide array of creatures at Slottsskogen, and look for gifts at Fish Church.

For maps, other places to visit, where to stay, and tourist information, refer to the Gothenburg trip itinerary builder tool.

You can take a train from Halmstad to Gothenburg in 1.5 hours. Alternatively, you can drive; or take a bus. In August, plan for daily highs up to 22°C, and evening lows to 13°C. Finish your sightseeing early on the 20th (Tue) so you can travel back home.
more less