Guadalajara is known for historic sites, museums, and zoos & aquariums. Your plan includes some of its best attractions: examine the collection at Instituto Cultural Cabanas, take in the architecture and atmosphere at Expiatory Temple, meet the residents at Acuario Michin Guadalajara, and explore the world behind art at Museo Pantaleon Panduro.

To find more things to do, other places to visit, maps, and more tourist information, use the Guadalajara online driving holiday planner.

Washington DC, USA to Guadalajara is an approximately 9.5- hour combination of subway and flight. You can also do a combination of bus and flight; or drive. Due to the time zone difference, you'll gain 1 hour traveling from Washington DC to Guadalajara. Expect a daytime high around 79°F in September, and nighttime lows around 61°F. Finish up your sightseeing early on the 13th (Fri) so you can go by car to Ajijic.
more less

©
Start off your visit on the 14th (Sat): take in the architecture and atmosphere at Parroquia Senor del Monte, appreciate the extensive heritage of Chapala Malecon, pause for some serene contemplation at Parroquia de San Francisco, then pause for some serene contemplation at San Andres Catholic Church, and finally look for gifts at Diane Pearl Collecions. Keep things going the next day: relax in the rural setting at Galo de Allende, don't miss a visit to Ajijic Malecon, and then brush up on your knowledge of spirits at Casa tequila bonanza bar.

To see other places to visit, maps, more things to do, and other tourist information, use the Ajijic trip itinerary planner.

Traveling by car from Guadalajara to Ajijic takes 1.5 hours. Expect a daytime high around 79°F in September, and nighttime lows around 61°F. Wrap up your sightseeing on the 15th (Sun) early enough to drive to Tequila.
more less

Things to do in Ajijic 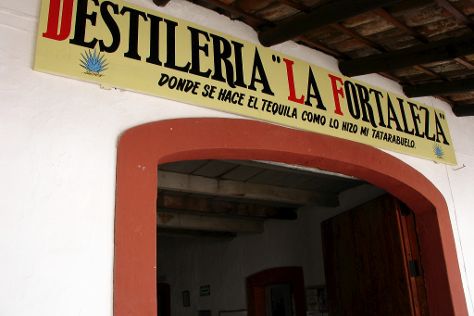 ©
Santiago de Tequila is a town and municipality located in the state of Jalisco about 60 km from the city of Guadalajara. Tequila is known for breweries & distilleries, historic sites, and museums. Your plan includes some of its best attractions: don't miss a visit to Plaza Principal Tequila Jalisco, look for gifts at La Damajuana Galeria, brush up on your knowledge of spirits at Tequila Tres Mujeres, and admire the landmark architecture of Hacienda El Centenario.

To see photos, where to stay, ratings, and other tourist information, use the Tequila itinerary planner.

Traveling by car from Ajijic to Tequila takes 2 hours. In September, daytime highs in Tequila are 79°F, while nighttime lows are 61°F. Finish your sightseeing early on the 18th (Wed) to allow enough time to drive to Tapalpa.
more less

Things to do in Tequila

©
Tapalpa is a town and municipality, in Jalisco state of central-western Mexico.HistoryThe word "Tapalpa" comes from the Nahuatl word "tlapalpan" meaning "land of colors."The region was inhabited by the Otomi prior to the arrival of the Spanish.In 1523, the Spanish, led by Alonso de Ávalos Saavedra, reached the region. On the 19th (Thu), admire the verdant scenery at Las Piedrotas, stop by Lugo, then take in the dramatic scenery at Salto del Nogal, and finally take in the architecture and atmosphere at Templo de Nuestra Senora de Guadalupe. On the 20th (Fri), you'll have a packed day of sightseeing: tour the pleasant surroundings at Ekopark Tapalpa, then get outside with Bosque La Mexicana, and then ponder the design of Pila De Las Culebras.

To see more things to do, reviews, other places to visit, and tourist information, you can read our Tapalpa day trip planner.

Traveling by car from Tequila to Tapalpa takes 2.5 hours. Finish up your sightseeing early on the 20th (Fri) so you can travel to Mascota.
more less

Things to do in Tapalpa

Lugo
Highlights from your plan

©
Mascota is a town and municipality in Jalisco, in central-western Mexico. Kick off your visit on the 21st (Sat): make a trip to Plaza Principal, don't miss a visit to Casa de las piedras, see the interesting displays at Museo Arqueologico, then pause for some serene contemplation at Parroquia de Nuestra Senora de los Dolores, and finally steep yourself in history at La Preciosa Sangre.

To see photos, more things to do, ratings, and tourist information, refer to the Mascota day trip planning app.

Traveling by car from Tapalpa to Mascota takes 4 hours. Expect a daytime high around 88°F in September, and nighttime lows around 76°F. Finish your sightseeing early on the 21st (Sat) to allow enough time to drive to Cabo Corrientes.
more less

Things to do in Mascota

©
Cabo Corrientes is a cape on the Pacific coast of the Mexican state of Jalisco. Kick off your visit on the 22nd (Sun): take in the exciting artwork at Galeria Coppelia, then enjoy the sand and surf at Playa Las Animas, and then take in nature's colorful creations at Vallarta Botanical Gardens.

To see other places to visit, where to stay, and tourist information, read Cabo Corrientes vacation planning site.

Traveling by car from Mascota to Cabo Corrientes takes 3.5 hours. In September, daily temperatures in Cabo Corrientes can reach 88°F, while at night they dip to 76°F. Finish up your sightseeing early on the 22nd (Sun) so you can go by car to Puerto Vallarta.
more less

Things to do in Cabo Corrientes

Puerto Vallarta is known for wildlife, nightlife, and adventure. Your plan includes some of its best attractions: take a leisurely stroll along Malecon Boardwalk, step off the mainland to explore Los Arcos, take in the spiritual surroundings of Parish of Our Lady of Guadalupe, and get close to the beloved marine mammals with a swim-with-the-dolphins experience.

To see maps, where to stay, more things to do, and more tourist information, use the Puerto Vallarta day trip planner.

Getting from Cabo Corrientes to Puerto Vallarta by car takes about 1.5 hours. Expect a daytime high around 88°F in September, and nighttime lows around 76°F. On the 27th (Fri), wrap the sightseeing up by early afternoon so you can travel back home.
more less