Your day-by-day itinerary now includes Eiffel Tower, Arc de Triomphe, Basilique du Sacre-Coeur de Montmartre, and other attractions you added. Step out of the city life by going to Berce Forrest and Seine River. Do some cultural sightseeing at Louvre Museum and Saint Germain des Pres Quarter. Step out of Paris with an excursion to Golf du Chateau d'Humieres in Monchy-Humieres--about 1h 30 min away. The adventure continues: explore the world behind art at Musee d'Orsay, contemplate the long history of Place de la Bastille, don't miss a visit to Pont-Neuf, and explore the activities along Lac des Minimes.

Plan a Paris trip in moments using our itinerary builder.

Buenos Aires, Argentina to Paris is an approximately 18-hour flight. The time zone difference moving from Argentina Standard Time to Central European Standard Time is 4 hours. Prepare for slightly colder weather when traveling from Buenos Aires in April: high temperatures in Paris hover around °C and lows are around °C. Wrap up your sightseeing on the 19th (Thu) to allow time to drive to Rouen.
more less 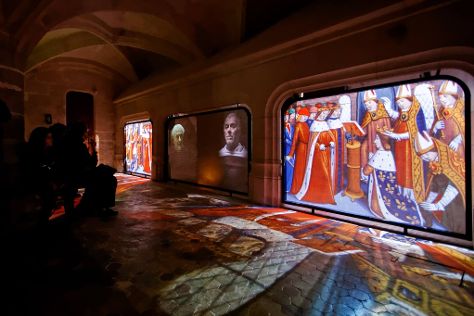 To see ratings, maps, and other tourist information, use the Rouen day trip planner.

Traveling by car from Paris to Rouen takes 1.5 hours. Alternatively, you can take a bus; or take a train. In April, daily temperatures in Rouen can reach °C, while at night they dip to °C. You will leave for Paris on the 19th (Thu).
more less

For traveler tips, maps, reviews, and more tourist information, use the Paris planner.

Traveling by car from Rouen to Paris takes 1.5 hours. Alternatively, you can take a bus; or take a train. You'll set off for Lyon on the 20th (Fri).
more less 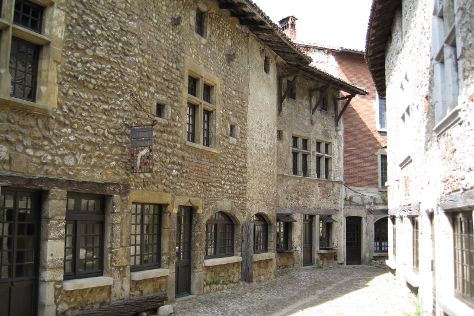 You've added Cite medievale de Perouges, Marche de la Croix-Rousse, Food Tours, and other attractions to your itinerary. Start off your visit on the 20th (Fri): step off the mainland to explore L' ile barbe, explore the world behind art at Musee des Tissus et des Arts Decoratif, thenbrowse the different shops at Les Halles de Lyon Paul Bocuse, and finally wander the streets of Cite medievale de Perouges. Keep things going the next day: delve into the distant past at Théâtre gallo-romain, look for gifts at La Fromagerie d'Oullins, pick up some local products at Marche de la Croix-Rousse, thenappreciate the extensive heritage of Fourviere Hill, and finally indulge in some culinary diversions at a local gastronomic tour.

Traveling by train from Paris to Lyon takes 3 hours. Alternatively, you can fly; or drive. In April in Lyon, expect temperatures between °C during the day and °C at night. Wrap up your sightseeing on the 22nd (Sun) early enough to take a train to Carcassonne Center.
more less

©
Your day-by-day itinerary now includes Generation VTT as well as Cafe La Metairie. On the 22nd (Sun), pause for some serene contemplation at Eglise St. Vincent, thenhead outdoors with Generation VTT, thencontemplate the long history of Cathar Castles, and finally join in the after-dark buzz at Cafe La Metairie. Get ready for a full day of sightseeing on the next day: explore the historical opulence of Chateau Comtal.

Getting from Lyon to Carcassonne Center by train takes about 4 hours. Other options: drive; or do a combination of flight and train. In April, daily temperatures in Carcassonne Center can reach °C, while at night they dip to °C. On the 23rd (Mon), you'll have the morning to explore before heading off to Montpellier.
more less

Things to do in Carcassonne Center

Start off your visit on the 23rd (Mon): admire the landmark architecture of Esplanade de l'Europe.

To see traveler tips, where to stay, photos, and more tourist information, refer to the Montpellier sightseeing planner.

Getting from Carcassonne Center to Montpellier by car takes about 1.5 hours. Other options: take a train; or take a bus. Expect a daytime high around °C in April, and nighttime lows around °C. Wrap up your sightseeing on the 24th (Tue) early enough to drive to Marseille.
more less

You'll get in some beach time at Plage de l'Escalet and Port Grimaud Beach. Do some cultural sightseeing at Carrieres des Lumieres and Cours Mirabeau. Explore Marseille's surroundings by going to Chateau La Coste en Provence (in Le Puy-Sainte-Reparade), Amphitheatre (les Arenes) (in Arles) and Site Memorial du Camp des Milles (in Les Milles). There's much more to do: explore the striking landscape at Calanques, visit The Panier, and take in the spiritual surroundings of Basilique Notre-Dame de la Garde.

Drive from Montpellier to Marseille in 2 hours. Alternatively, you can take a train; or take a bus. In April, daytime highs in Marseille are °C, while nighttime lows are °C. On the 28th (Sat), you'll travel to Paris.
more less 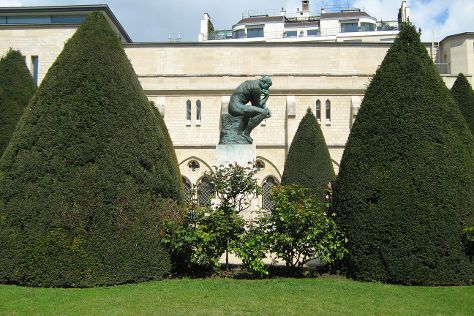 You've now added Île de la Cité to your itinerary. Start off your visit on the 28th (Sat): shop like a local with Champs-Elysees, thenexplore the different monuments and memorials at The Paris Catacombs, and then step off the mainland to explore Île de la Cité.

To see other places to visit, where to stay, and more tourist information, read our Paris online sightseeing planner.

Fly from Marseille to Paris in 3.5 hours. Alternatively, you can take a train; or drive. Traveling from Marseille in April, things will get a bit cooler in Paris: highs are around °C and lows about °C. Wrap up your sightseeing on the 29th (Sun) early enough to travel back home.
more less