On the 19th (Fri), stop by Greenwich Village, don't miss a visit to Washington Square Park, take a stroll through SoHo, see the interesting displays at Tenement Museum, then get to know the fascinating history of World Trade Center Memorial Foundation, and finally admire the landmark architecture of The Oculus. Get ready for a full day of sightseeing on the next day: take in panoramic vistas at Empire State Building, get a taste of the local shopping with West Village, then hunt for treasures at Chelsea Market, and finally stop by Lower Manhattan.

To find more things to do, other places to visit, where to stay, and tourist information, refer to the New York City trip itinerary builder site.

Fort Myers to New York City is an approximately 7.5- hour combination of bus and flight. You can also do a combination of bus, flight, train, and subway; or drive. Traveling from Fort Myers in June, things will get little chillier in New York City: highs are around 80°F and lows about 65°F. Cap off your sightseeing on the 21st (Sun) early enough to travel to Amsterdam.
more less

Boaty Boat Rental has been added to your itinerary. Step off the beaten path and head to Museum Ons' Lieve Heer op Solder and Micropia. Get some cultural insight at Rijksmuseum and Portuguese Synagogue. It doesn't end there: see the interesting displays at Anne Frank House and contemplate the waterfront views at Herengracht.

To see more things to do, other places to visit, and more tourist information, use the Amsterdam tour itinerary planner. 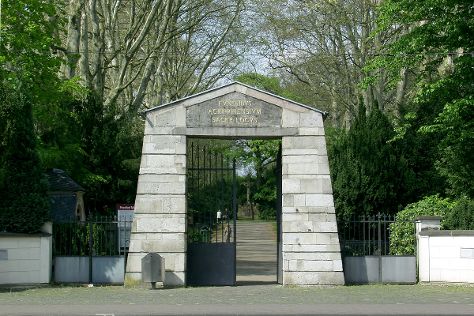 Sadie's Irish Pub has been added to your itinerary. Kick off your visit on the 24th (Wed): explore the different monuments and memorials at Melaten-Friedhof, don't miss a visit to Cologne Cathedral, and then contemplate in the serene atmosphere at Shrine of the Three Kings. Keep things going the next day: take in the spiritual surroundings of Gross St. Martin, identify plant and animal life at Lindenthaler Tierpark, then look for all kinds of wild species at Wilder Kermeter Natur-Erlebnispark, and finally join in the after-dark buzz at Sadie's Irish Pub.

For other places to visit, where to stay, maps, and other tourist information, you can read our Cologne tour planner.

You can drive from Amsterdam to Cologne in 3 hours. Other options are to take a train; or fly. Expect a daytime high around 73°F in June, and nighttime lows around 52°F. Wrap up your sightseeing on the 26th (Fri) early enough to drive to Bruges.
more less

Things to do in Cologne

Discover out-of-the-way places like Belfry of Bruges and Minnewater Lake. Get some cultural insight at The Princely Beguinage Ten Wijngaarde and Groeningemuseum. And it doesn't end there: indulge your thirst for a good beer at Huisbrouwerij De Halve Maan, take a leisurely stroll along Quai du Rosaire / Rozenhoedkaai, don't miss a visit to The Markt, and take in the views from St Bonifacius Bridge.

To see ratings, reviews, where to stay, and other tourist information, go to the Bruges online journey planner.

You can drive from Cologne to Bruges in 3 hours. Alternatively, you can take a train; or do a combination of train and flight. When traveling from Cologne in June, plan for slightly colder days in Bruges, with highs around 67°F, while nights are about the same with lows around 52°F. Finish up your sightseeing early on the 29th (Mon) so you can travel to Lieren.
more less

©
Lieren is a village in the Netherlands and part of the municipality of Apeldoorn. Keep things going the next day: explore the different monuments and memorials at Nationaal Ereveld Loenen, then contemplate the waterfront views at Bussloo, then play a few rounds at Pitch&Putt Golf Bussloo, and finally examine the collection at Museumstation Beekbergen.

To find other places to visit, reviews, maps, and other tourist information, read Lieren trip planner.

Traveling by car from Bruges to Lieren takes 3.5 hours. In June, daily temperatures in Lieren can reach 69°F, while at night they dip to 51°F. Finish your sightseeing early on the 1st (Wed) so you can travel to Amsterdam.
more less

Things to do in Lieren

Boaty Boat Rental has been added to your itinerary. Kick off your visit on the 1st (Wed): see the interesting displays at Museum of Prostitution - Red Light Secrets. On your second day here, get engrossed in the history at Verzetsmuseum Amsterdam, see what you can catch with Boaty Boat Rental, then admire the masterpieces at Moco Museum, and finally stroll around Vondelpark.

To find where to stay, ratings, and tourist information, use the Amsterdam trip planner.

Getting from Lieren to Amsterdam by car takes about 1.5 hours. Wrap up your sightseeing on the 3rd (Fri) to allow time to travel to New York City.
more less

Keep things going the next day: take in the spiritual surroundings of Trinity Church, take in the architecture and atmosphere at St. Patrick's Cathedral, then settle in for a delightful tour with a horse-drawn carriage tour, then stop by Times Square, and finally capture your vacation like a pro with an inspiring photography tour.

To see reviews, more things to do, other places to visit, and tourist information, go to the New York City trip planner.