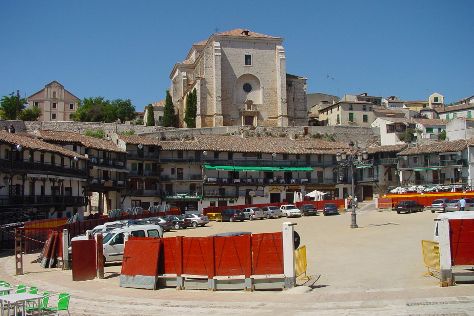 Kick off your visit on the 22nd (Fri): look for all kinds of wild species at Penalara Natural Park, then enjoy some diversion at Padel La Zona, then see the interesting displays at Museo Casa Natal de Cervantes, and finally steep yourself in history at Plaza mayor de Chinchon. Here are some ideas for day two: admire the verdant scenery at Alta Ruta Guadarrama.

For more things to do, photos, traveler tips, and other tourist information, you can read our Madrid sightseeing planner.

On the 24th (Sun), admire the striking features of Posada del Potro, don't miss a visit to Los Patios De San Basilio, make a trip to Cairuan Street, pause for some photo ops at Estatua de Maimonides, then see the interesting displays at Casa de las Cabezas- Patios de Leyenda, and finally make a trip to Puerta del Almodovar. Here are some ideas for day two: do a tasting at Alvear, step into the grandiose world of Palacio de la Merced, and then indulge in some culinary diversions at a local gastronomic tour.

For where to stay, ratings, traveler tips, and other tourist information, you can read our Cordoba travel route builder app.

You can drive from Madrid to Cordoba in 4 hours. Alternatively, you can take a train; or drive; or fly. Traveling from Madrid in March, expect nights in Cordoba to be about the same, around 7°C, while days are somewhat warmer, around 22°C. Finish up your sightseeing early on the 25th (Mon) so you can catch the train to Seville.
more less

Kick off your visit on the 26th (Tue): delve into the distant past at Roman Necropolis, take an in-depth tour of Archaeological Ensemble of Carmona, then explore the historical opulence of Alcazar de la Puerta de Sevilla, Carmona, and finally experience rural life at Les Visites du Campo Bravo. On the 27th (Wed), you'll have a packed day of sightseeing: pause for some serene contemplation at Capilla de los Marineros, get a sense of history and politics at Ayuntamiento (City Hall), make a trip to Plaza de San Francisco, then contemplate in the serene atmosphere at Iglesia de la Magdalena, then take in the spiritual surroundings of Iglesia de la Caridad, and finally contemplate in the serene atmosphere at Capilla de San Jose.

Traveling by car from Cordoba to Seville takes 1.5 hours. Alternatively, you can take a train; or drive; or take a bus. March in Seville sees daily highs of 21°C and lows of 9°C at night. Finish your sightseeing early on the 27th (Wed) so you can drive to Malaga.
more less

Carmona
Highlights from your plan

You'll explore the less-touristy side of things at Iglesia de Los Martires and Museum Jorge Rando. Get some cultural insight at Museo de Artes y Costumbres Populares and Plaza de Ole. Venture out of the city with trips to Ardales National Park (in Ardales) and Carvajal Beach (in Benalmadena). There's much more to do: stroll through Playa Los Alamos / El Canuelo, view the masterpieces at Mahatma Showroom, and take in the spiritual surroundings of Sacred Heart Church (Sagrado Corazon).

To find reviews, maps, photos, and tourist information, use the Malaga trip planner.

Traveling by car from Seville to Malaga takes 2.5 hours. Alternatively, you can drive; or take a bus; or take a train. In March in Malaga, expect temperatures between 23°C during the day and 11°C at night. Finish your sightseeing early on the 30th (Sat) to allow enough time to travel to Cabo de Gata.
more less 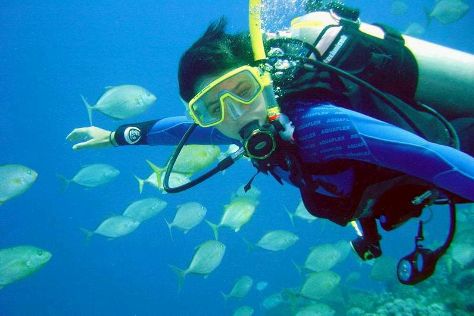 You can drive from Malaga to Cabo de Gata in 3 hours. Alternatively, you can drive. March in Cabo de Gata sees daily highs of 20°C and lows of 12°C at night. Wrap up your sightseeing by early afternoon on the 1st (Mon) to allow time for travel to Valencia.
more less 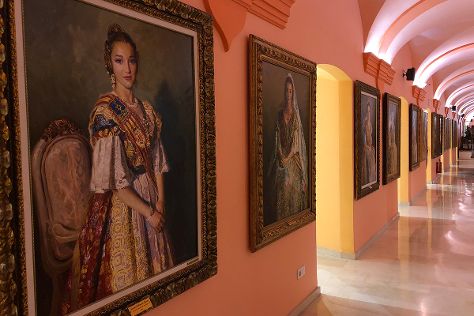 To find ratings, more things to do, traveler tips, and other tourist information, refer to the Valencia online trip planner.

Traveling by car from Cabo de Gata to Valencia takes 4.5 hours. Alternatively, you can drive; or do a combination of car and flight. Expect a daytime high around 25°C in April, and nighttime lows around 12°C. Wrap up your sightseeing by early afternoon on the 3rd (Wed) to allow time for travel to Barcelona.
more less 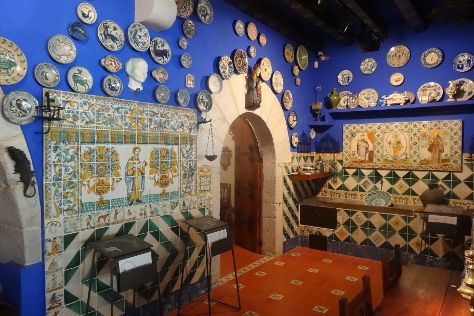 Start off your visit on the 3rd (Wed): admire the masterpieces at Casa Museu Cal Gerrer. Here are some ideas for day two: examine the collection at Museu Del Ferrocarril, then explore the world behind art at Museu del Cau Ferrat, then kick back and relax at Beach Castelldelfels Barcelona, and finally contemplate the long history of Colonia Guell Gaudi Crypt.

Start your trip to Barcelona by creating a personalized itinerary on Inspirock.

Drive from Valencia to Barcelona in 3.5 hours. Alternatively, you can fly; or take a train; or drive. Traveling from Valencia in April, expect nights in Barcelona to be about the same, around 13°C, while days are a bit cooler, around 22°C. On the 6th (Sat), you'll have the morning to explore before heading back home.
more less