Kick off your visit on the 20th (Sun): contemplate in the serene atmosphere at Toshodai-ji Temple, indulge in some culinary diversions at a local gastronomic tour, thencontemplate the long history of Osaka Castle, and finally take in the spiritual surroundings of Hōzen-ji Temple. Keep things going the next day: admire the natural beauty at Yoshikien, take in nature's colorful creations at Isuien Garden, take in the spiritual surroundings of Horyu-ji Temple, thendon't miss a visit to Hozenji Yokocho, and finally wander the streets of Dotombori District.

For traveler tips, other places to visit, where to stay, and more tourist information, use the Osaka itinerary maker app.

Sydney, Australia to Osaka is an approximately 13-hour flight. Traveling from Sydney to Osaka, you'll gain 1 hour due to the time zone difference. Plan for somewhat warmer temperatures traveling from Sydney in September, with highs in Osaka at °C and lows at °C. Wrap up your sightseeing on the 21st (Mon) early enough to drive to Kobe.
more less 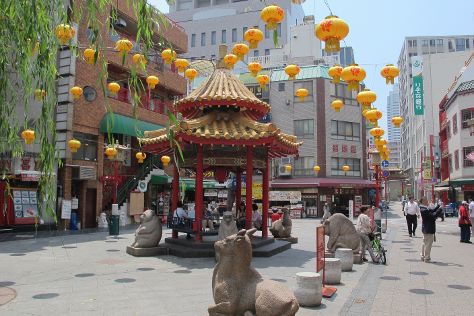 For where to stay, maps, reviews, and more tourist information, go to the Kobe trip itinerary planning tool.

Traveling by car from Osaka to Kobe takes an hour. Alternatively, you can take a train; or take a bus. September in Kobe sees daily highs of °C and lows of °C at night. Wrap up your sightseeing on the 22nd (Tue) early enough to take a train to Hiroshima.
more less

You can take a train from Kobe to Hiroshima in 2 hours. Other options are to drive; or do a combination of train and bus. In September, daily temperatures in Hiroshima can reach °C, while at night they dip to °C. Finish your sightseeing early on the 24th (Thu) so you can take a train to Kyoto.
more less

Itsukushima Shrine
Highlights from your plan

Start off your visit on the 25th (Fri): contemplate in the serene atmosphere at Kennin-ji Temple, steep yourself in history at Fushimi Inari-taisha Shrine, thensteep yourself in history at Kiyomizu-dera Temple, and finally contemplate the long history of Genkoan. On your second day here, step into the grandiose world of Nijo Castle, get your game on at NINJA VR KYOTO, contemplate the long history of Ninna-ji Temple, thenget great views at Mt. Kurama, and finally contemplate in the serene atmosphere at Sanzen-in Temple.

Plan a trip to Kyoto easily and quickly by telling Inspirock to suggest an itinerary.

Take a train from Hiroshima to Kyoto in 2.5 hours. Alternatively, you can drive; or take a bus. In September in Kyoto, expect temperatures between °C during the day and °C at night. Finish your sightseeing early on the 26th (Sat) so you can take a train to Nagoya.
more less 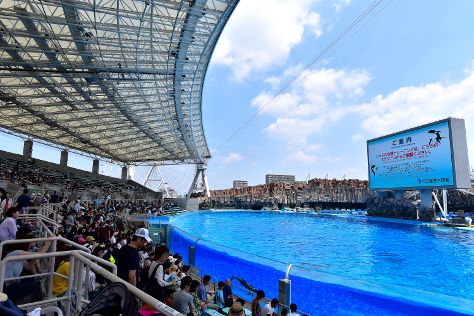 Kick off your visit on the 27th (Sun): step into the grandiose world of Nagoya Castle, see the interesting displays at Toyota Commemorative Museum of Industry and Technology, stroll around Higashiyama Park, thencontemplate in the serene atmosphere at Atsuta Jingu Shrine, and finally observe the fascinating underwater world at Port of Nagoya Public Aquarium.

To find ratings, reviews, other places to visit, and more tourist information, you can read our Nagoya online journey maker.

You can take a train from Kyoto to Nagoya in 1.5 hours. Other options are to drive; or take a bus. Traveling from Kyoto in September, you will find days in Nagoya are little chillier (°C), and nights are about the same (°C). Cap off your sightseeing on the 27th (Sun) early enough to catch the train to Matsumoto.
more less

Kick off your visit on the 28th (Mon): step into the grandiose world of Matsumoto Castle, take your sightseeing to a higher altitude at Yarigatake, thenhead outdoors with Karasawa Carl, and finally take in the dramatic scenery at Zengoro Fall.

Traveling by train from Nagoya to Matsumoto takes 3 hours. Alternatively, you can drive; or take a bus. Traveling from Nagoya in September, expect slightly colder with lows of °C in Matsumoto. Finish up your sightseeing early on the 28th (Mon) so you can catch the train to Toyama.
more less

The center of Japan's pharmaceutical industry, the city of Toyama draws visitors with its scenic surroundings overlooked by the Japan Alps.

On the 29th (Tue), make a trip to Toyama City Office View Tower, admire the masterpieces at Toyama Prefectural Museum of Art and Design, get to know the fascinating history of Yatsuo no Machinami, thensee the interesting displays at THE SUIBOKU MUSEUM, TOYAMA, and finally explore the world behind art at Toyama Glass Art Museum.

Traveling by train from Matsumoto to Toyama takes 2.5 hours. Alternatively, you can drive; or take a bus. In September, daily temperatures in Toyama can reach °C, while at night they dip to °C. Finish your sightseeing early on the 29th (Tue) so you can drive to Niigata.
more less

Things to do in Toyama

On the 30th (Wed), sample the tasty concoctions at Imayo Tsukasa Sake Brewery, enjoy the sand and surf at Nishikaigan Park, and then kick back and relax at Sekiyahama Beach.

To see where to stay, maps, ratings, and other tourist information, read Niigata travel itinerary planner.

Traveling by car from Toyama to Niigata takes 3 hours. Alternatively, you can take a train; or do a combination of train and bus. September in Niigata sees daily highs of °C and lows of °C at night. Finish your sightseeing early on the 30th (Wed) to allow enough time to travel to Sapporo.
more less 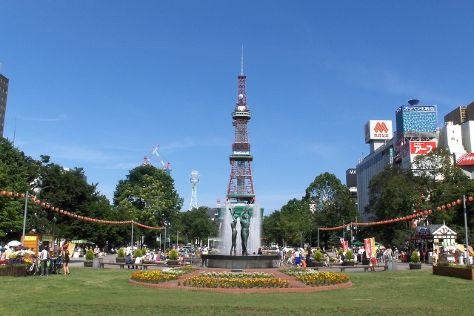 Traveling by flight from Niigata to Sapporo takes 4 hours. Alternatively, you can take a train; or do a combination of bus and train. Expect little chillier weather when traveling from Niigata in September: highs in Sapporo hover around °C, while lows dip to °C. Finish your sightseeing early on the 1st (Thu) so you can travel to Sendai.
more less 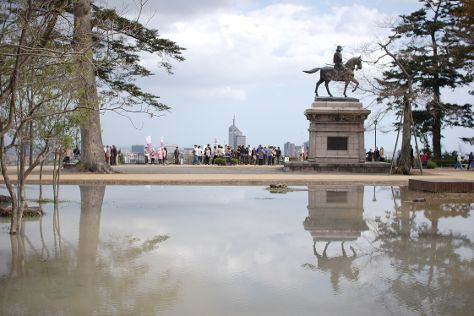 On the 2nd (Fri), don't miss a visit to Sendai Station, take an in-depth tour of Zuihoden, explore the historical opulence of Sendaijo Ato, thenexplore the galleries of Aoba Castle Museum, thenmake a trip to Ruins of the Great East Japan Earthquake Sedai Arahama Elementary School, and finally make a trip to Jozenji-dori Avenue.

You can fly from Sapporo to Sendai in 4 hours. Other options are to take a train; or do a combination of bus and train. In October, Sendai is a bit warmer than Sapporo - with highs of °C and lows of °C. Finish your sightseeing early on the 2nd (Fri) to allow enough time to take a train to Tokyo.
more less

To find reviews, where to stay, traveler tips, and more tourist information, refer to the Tokyo trip itinerary maker tool.

Take a train from Sendai to Tokyo in 3 hours. Alternatively, you can fly; or drive. While traveling from Sendai, expect a bit warmer days and about the same nights in Tokyo, ranging from highs of °C to lows of °C. Finish up your sightseeing early on the 6th (Tue) so you can travel back home.
more less