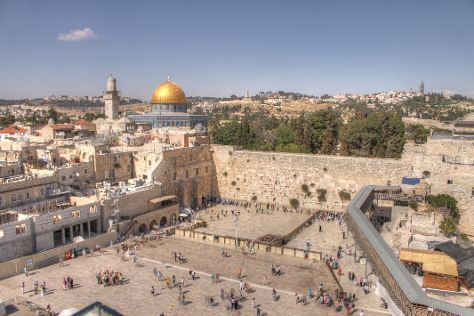 Your day-by-day itinerary now includes Mount of Olives as well as Western Wall. On the 21st (Sat), admire the landmark architecture of Church of Saint Anne, then contemplate in the serene atmosphere at Church of All Nations (Basilica of the Agony), then delve into the distant past at Western Wall, and finally steep yourself in history at Mount of Olives.

Zurich, Switzerland to Jerusalem is an approximately 8-hour combination of flight, train, and bus. You'll lose 1 hour traveling from Zurich to Jerusalem due to the time zone difference. When traveling from Zurich in April, plan for somewhat warmer days in Jerusalem, with highs around 29°C, while nights are about the same with lows around 8°C. On the 22nd (Sun), you'll travel to Ein Bokek.
more less

©
Church of All Nations (Basilica of the Agony) 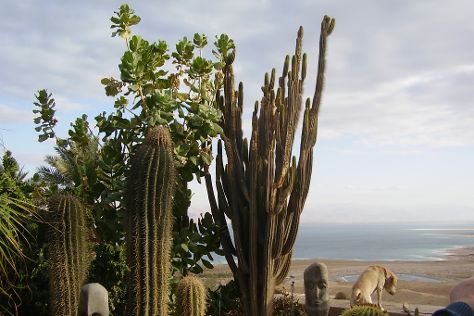 Sandwiched between the turquoise waters of evaporation pools and desert-like landscape, Ein Bokek features a strip of hotels and luxury resorts on the Israeli shore of the Dead Sea.

To see maps, other places to visit, reviews, and more tourist information, use the Ein Bokek trip itinerary maker.

Take a bus from Jerusalem to Ein Bokek in 2.5 hours. In April, plan for daily highs up to 29°C, and evening lows to 8°C. Finish your sightseeing early on the 23rd (Mon) so you can drive to Mitspe Ramon.
more less

Things to do in Ein Bokek 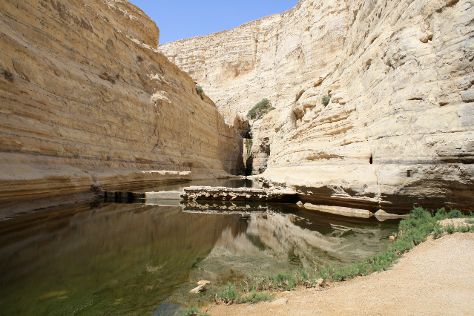 Founded in 1951, the small desert town of Mitspe Ramon overlooks the Ramon Crater, a massive 40 km (24 mi) long dip in the Negev desert, created by erosion and notable for its interesting rock formations.

On the 24th (Tue), take in breathtaking views at Avdat National Park. On the next day, explore the striking landscape at Ramon Crater.

For where to stay, photos, other places to visit, and more tourist information, use the Mitspe Ramon itinerary builder.

Getting from Ein Bokek to Mitspe Ramon by car takes about 2 hours. Other options: take a bus. Traveling from Ein Bokek in April, expect somewhat warmer with lows of 16°C in Mitspe Ramon. Wrap up your sightseeing by early afternoon on the 25th (Wed) to allow enough time to drive to Eilat.
more less

Things to do in Mitspe Ramon 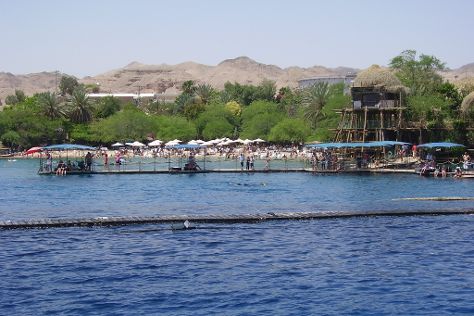 You'll explore the less-touristy side of things at Dekel Beach Eilat and Mosh Beach. We've included these beaches for you: Dolphin Reef and Princess Beach. The adventure continues: enjoy the sand and surf at Migdalor Beach, admire all the interesting features of Camel Ranch Eilat, and explore the striking landscape of Timna Park.

To see traveler tips, other places to visit, maps, and tourist information, go to the Eilat trip builder.

You can drive from Mitspe Ramon to Eilat in 2.5 hours. Alternatively, you can take a bus. In April, Eilat is somewhat warmer than Mitspe Ramon - with highs of 38°C and lows of 22°C. Cap off your sightseeing on the 29th (Sun) early enough to travel to Haifa.
more less 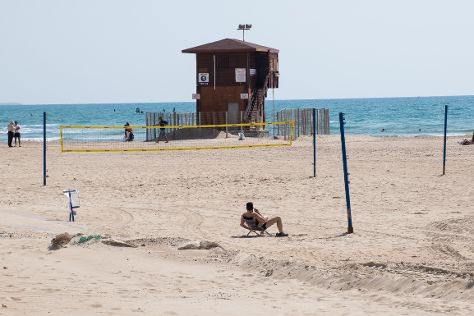 A picturesque city in the north of the country, Haifa combines history and appearances to create an interesting and relaxing destination.

You can do a combination of flight, bus, and train from Eilat to Haifa in 2.5 hours. Another option is to take a bus. Prepare for slightly colder weather when traveling from Eilat in April: high temperatures in Haifa hover around 28°C and lows are around 19°C. Finish your sightseeing early on the 30th (Mon) so you can take a bus to Masada.
more less

Things to do in Haifa 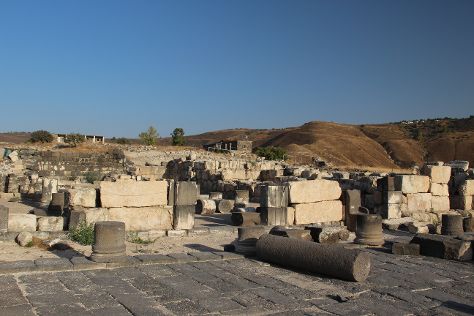 ©
Masada is a kibbutz in northern Israel. On the 1st (Tue), contemplate the long history of Holy Caves of Nazareth, then take in the architecture and atmosphere at Franciscan Wedding Church, then take your sightseeing to a higher altitude at Mount Tabor, and finally explore the striking landscape of Sussita (Hippos) Nature Reserve and National Park. Get ready for a full day of sightseeing on the next day: explore the striking landscape of Beit She'an National Park.

To see where to stay, traveler tips, maps, and tourist information, read our Masada tour planner.

Traveling by bus from Haifa to Masada takes 1.5 hours. Alternatively, you can drive; or do a combination of train and bus. In April, plan for daily highs up to 28°C, and evening lows to 19°C. Finish up your sightseeing early on the 2nd (Wed) so you can go by car to Safed.
more less

Things to do in Masada 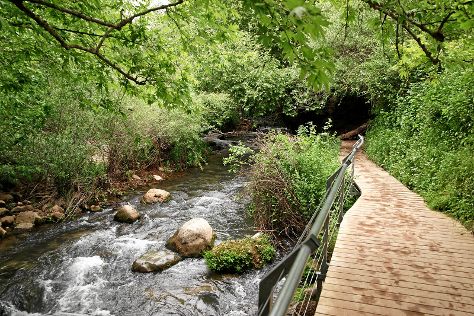 The birthplace of the Kabbalah movement, Safed boasts a mystical and spiritual heritage as one of the country's four holy cities.

Start off your visit on the 3rd (Thu): steep yourself in history at Mount of Beatitudes, pause for some serene contemplation at Church of Mount of Beatitudes, and then identify plant and animal life at The Nahal Snir Nature Reserve (Hasbani). Here are some ideas for day two: explore the wealth of natural beauty at Tel Hazor National Park.

Getting from Masada to Safed by car takes about an hour. Other options: take a bus. Wrap up your sightseeing on the 4th (Fri) to allow time to drive to Tel Aviv.
more less

Things to do in Safed

Eschew the tourist crowds and head to Frishman Beach and Jerusalem Beach. Family-friendly places like Safari Park and Tayelet will thrill your kids. There's more to do: take a leisurely stroll along Old Tel Aviv Port Area.

To see traveler tips, more things to do, and other tourist information, refer to the Tel Aviv sightseeing planner.

Drive from Safed to Tel Aviv in 2.5 hours. Alternatively, you can do a combination of bus and train; or take a bus. Expect a daytime high around 29°C in May, and nighttime lows around 22°C. On the 7th (Mon), you're off tohome.
more less

Safari Park
Highlights from your plan