If you are flying in from United Kingdom, the closest major airport is Eleftherios Venizelos International Airport. Expect a daytime high around 36°C in June, and nighttime lows around 24°C. Finish your sightseeing early on the 12th (Mon) to allow enough time to travel to Milos.
more less 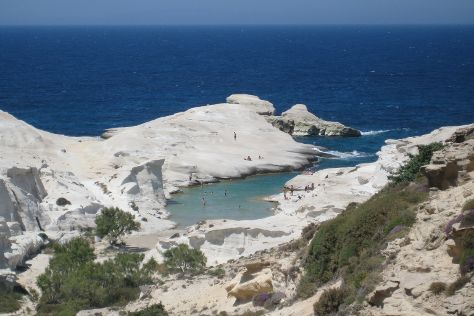 The result of thousands of years of volcanic activity, the island of Milos features a craggy coastline interspersed by shallow beaches.

For photos, where to stay, traveler tips, and more tourist information, refer to the Milos tour planner.

Things to do in Milos 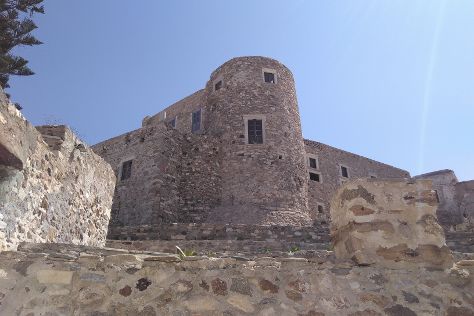 Ride a ferry from Milos to Naxos in 4 hours. Alternatively, you can fly. Expect a daytime high around 30°C in June, and nighttime lows around 26°C. Finish up your sightseeing early on the 15th (Thu) so you can catch the ferry to Paros.
more less 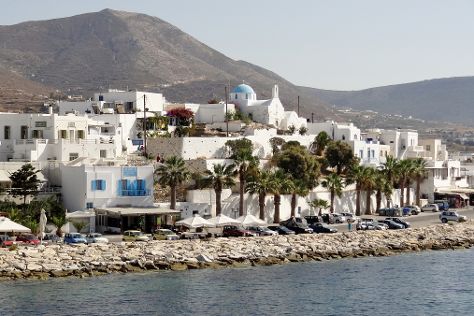 Long ignored by tourists because of its reputation as a plain ferry hub, Paros today serves as one of the Aegean's major holiday destinations, luring travelers with its fashionable resort towns and quaint mountain villages.

Your day-by-day itinerary now includes Paros Park, Paros Ancient Cemetery, Entropy Bar, and other attractions you added. Satisfy your inner culture vulture at Panayia Ekatondapiliani Cathedral and Lefkes. Next up on the itinerary: take an in-depth tour of Archaeological Museum and look for all kinds of wild species at Valley of Butterflies (Petaloudes Park).

To find other places to visit, maps, and other tourist information, read Paros itinerary maker.

Ride a ferry from Naxos to Paros in an hour. In June, daytime highs in Paros are 32°C, while nighttime lows are 24°C. On the 20th (Tue), you'll travel to Ios.
more less

Things to do in Paros

Halfway between Naxos and Santorini lies tiny Ios, famous worldwide as one of the Aegean's liveliest nightlife hubs.

Your list of things to see and do now includes Mojito bar ios, Coo Bar Ios, Pash Night Club, and other attractions. Get outdoors at Manganari Beach and Mylopotas Beach. There's much more to do: don't miss a visit to La Tomba di Omero, examine the collection at Chora Museum, Ios, kick back and relax at Ag. Theodoti Beach, and discover the deep blue sea with a scuba or snorkeling tour.

To see where to stay, reviews, other places to visit, and more tourist information, go to the Ios travel itinerary planner.

Traveling by ferry from Paros to Ios takes 1.5 hours. June in Ios sees daily highs of 32°C and lows of 23°C at night. Finish your sightseeing early on the 26th (Mon) so you can travel to Perissa.
more less

Things to do in Ios

One of Santorini's seaside treasures, Perissa provides travelers with a lively restaurant scene and easy access to several archaeological sites.

Kick off your visit on the 26th (Mon): delve into the distant past at Akrotiri and then enjoy the sand and surf at Perissa Black Sand Beach.

For photos, where to stay, and other tourist information, use the Perissa vacation planner.

Do a combination of ferry and taxi from Ios to Perissa in an hour. Expect a daytime high around 32°C in June, and nighttime lows around 24°C. Finish up your sightseeing early on the 27th (Tue) so you can travel back home.
more less

Things to do in Perissa

Akrotiri
Highlights from your plan