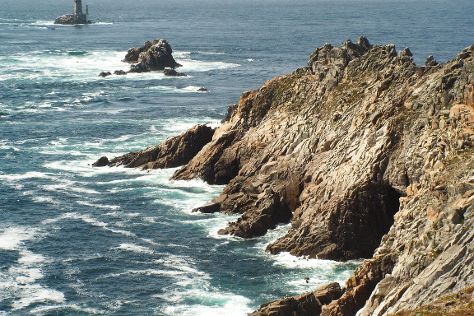 For reviews, ratings, where to stay, and more tourist information, use the Plogoff trip builder app.

Manchester, UK to Plogoff is an approximately 13.5-hour car ride. You can also do a combination of flight and car. The time zone changes from Greenwich Mean Time to Central European Standard Time, which is usually a 1 hour difference. In July, daytime highs in Plogoff are 23°C, while nighttime lows are 16°C. Cap off your sightseeing on the 17th (Fri) early enough to go by car to Concarneau.
more less

Things to do in Plogoff 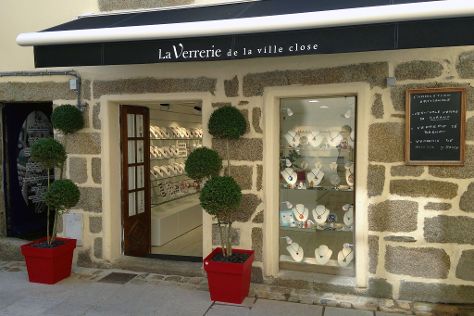 ©
Concarneau is a commune in the Finistère department of Brittany in north-western France. Museum-lovers will get to explore Musee de la Peche and Port Museum (Port-Musee). Venture out of the city with trips to Quimper (Eglise Saint Mathieu & Galerie de l'Ecole de Broderie d'Art Pascal Jouen), Abri du Marin (in Sainte-Marine) and Locronan (Eglise de Saint Ronan & Centre Historique de Locronan). Next up on the itinerary: appreciate the extensive heritage of Ville Close de Concarneau, admire the masterpieces at Musee Des Beaux-Arts De Quimper, admire the landmark architecture of Saint Corentin Cathedral, and relax and rejuvenate at some of the best spas.

Plan my trip to Concarneau with suggested itineraries provided by Inspirock.

You can drive from Plogoff to Concarneau in 1.5 hours. Another option is to take a bus. In July in Concarneau, expect temperatures between 24°C during the day and 15°C at night. Finish your sightseeing early on the 23rd (Thu) so you can drive to Brest.
more less

Things to do in Concarneau

©
Brest is a city in the Finistère département in Brittany. Appreciate the collections at Musee national de la Marine and Ecomusee de Plouigneau. Explore Brest's surroundings by going to Plougonvelin (Pointe Saint-Mathieu & Musee Memoires 39-45), Abbaye Saint-Mathieu de Fine-Terre (in Saint-Mathieu) and Parc Naturel Marin d’Iroise (in Le Conquet). There's still lots to do: get up close and personal with brilliant marine life at Oceanopolis, take in the exciting artwork at Le Fonds Helene & Edouard Leclerc pour la Culture, head off the coast to Ile de Batz, and see the interesting displays at Moulin de Keriolet.

For reviews, more things to do, other places to visit, and tourist information, read our Brest tour itinerary planner.

You can drive from Concarneau to Brest in 1.5 hours. Alternatively, you can take a bus. In July, daytime highs in Brest are 23°C, while nighttime lows are 15°C. Wrap up your sightseeing by early afternoon on the 31st (Fri) to allow enough time to travel back home.
more less