To find maps, photos, more things to do, and more tourist information, use the Paris attractions planner .

Winnipeg, Canada to Paris is an approximately 15-hour flight. The time zone difference moving from Central Standard Time (CST) to Central European Time (CET) is 7 hours. Expect a daytime high around 27°C in June, and nighttime lows around 15°C. Wrap up your sightseeing on the 18th (Tue) early enough to travel to Clisson.
more less

©
Clisson, is a commune in the Loire-Atlantique département in Pays de la Loire in western France.It is situated at the confluence of the Sèvre Nantaise and the Moine 17mi southeast of Nantes (reachable by rail).The town and the celebrated family of Clisson, the most famous members are Olivier IV de Clisson and Jeanne de Clisson, take their name from their stronghold. You'll explore the less-touristy side of things at Domaine Poiron Dabin and Musee des Ustensiles de Cuisine Anciens. Appreciate the collections at Le Moulin a Papier du Liveau and Le Musee du Vignoble Nantais. When in Clisson, make a side trip to see Golf de l'Ile d'Or in Oree d'Anjou, approximately 36 minutes away. There's still lots to do: hike along La Maison de la Riviere, steep yourself in history at Cite Medievale, take in nature's colorful creations at Logis de la Chabotterie, and delve into the distant past at Clisson Castle.

Make your Clisson itinerary with Inspirock to find out what to see and where to go.

Explore your travel options from Paris to Clisson with the Route module. In June, plan for daily highs up to 26°C, and evening lows to 15°C. Wrap up your sightseeing on the 21st (Fri) early enough to travel to Nice.
more less

Things to do in Clisson

Your day-by-day itinerary now includes Vieille Ville, Museum of Modern and Contemporary Art and Wine Tours & Tastings. On the 21st (Fri), admire the masterpieces at Museum of Modern and Contemporary Art, indulge your taste buds at Food & Drink, then get to know the fascinating history of Vieille Ville, and finally contemplate the long history of Place Garibaldi.

To see more things to do, reviews, maps, and tourist information, refer to the Nice trip itinerary builder app .

Explore your travel options from Clisson to Nice with the Route module. Traveling from Clisson in June, expect somewhat warmer with lows of 22°C in Nice. Cap off your sightseeing on the 22nd (Sat) early enough to catch the train to Monte-Carlo.
more less 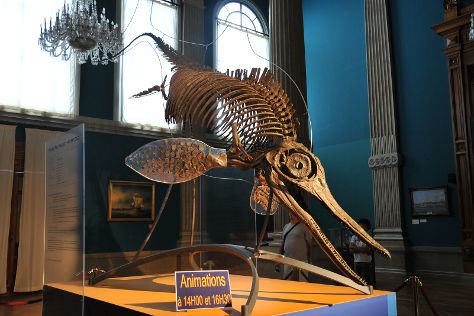 Located at the base of the Alps along the French Riviera, the upscale city of Monte Carlo boasts a famous casino.

On the 22nd (Sat), see the interesting displays at Oceanographic Museum of Monaco, then don't miss a visit to Chapelle Sainte Devote, and then enjoy the sand and surf at Larvotto Beach.

To find other places to visit, maps, and more tourist information, use the Monte-Carlo day trip planning website .

Monte-Carlo is very close to Nice. In June, plan for daily highs up to 28°C, and evening lows to 22°C. Cap off your sightseeing on the 22nd (Sat) early enough to catch the train to Nice.
more less

Things to do in Monte-Carlo

For traveler tips, reviews, more things to do, and other tourist information, you can read our Nice trip planner .

Nice is just a short distance from Monte-Carlo. Finish up your sightseeing early on the 23rd (Sun) so you can travel to Amsterdam.
more less

Your day-by-day itinerary now includes The Cat Cabinet, ARTIS and Queen's Head. Get a sense of the local culture at Anne Frank House and NEMO Science Museum. Appreciate the collections at Frans Hals Museum and The Resistance Museum (Amsterdams Verzetsmuseum). Explore the numerous day-trip ideas around Amsterdam: Haarlem (The Corrie ten Boom House, Teylers Museum, & more). There's much more to do: wander the streets of The Jordaan, get engrossed in the history at Museum Van Loon, pause for some serene contemplation at De Duif, and examine the collection at Madame Tussauds Amsterdam.

Traveling by flight from Nice to Amsterdam takes 5 hours. Alternatively, you can do a combination of flight and train; or drive. Plan for slightly colder temperatures traveling from Nice in June, with highs in Amsterdam at 23°C and lows at 13°C. Cap off your sightseeing on the 26th (Wed) early enough to travel to London.
more less

Your day-by-day itinerary now includes Westminster Abbey, Big Ben, SEA LIFE London Aquarium, and other attractions you added. Do some cultural sightseeing at Natural History Museum and IWM Duxford. Explore hidden gems such as Fitzwilliam Museum and King's College Chapel. There's much more to do: take an in-depth tour of The British Museum, stroll the grounds of Tower Hamlets Cemetery Park, and take in the local highlights with Walking tours.

To find ratings, where to stay, more things to do, and more tourist information, read London trip planner.

Fly from Amsterdam to London in 3.5 hours. Alternatively, you can take a train; or do a combination of flight and train. Traveling from Amsterdam to London, you'll gain 1 hour due to the time zone difference. In June, plan for daily highs up to 23°C, and evening lows to 13°C. Finish your sightseeing early on the 29th (Sat) to allow enough time to travel back home.
more less