Take a trip to Philipsburg, the capital of Sint Maarten, and enjoy dynamic nightlife and great shopping.

Do some cultural sightseeing at Yoda Guy Movie Exhibit and Fort Amsterdam. Get outdoors at Maho Beach and Scuba & Snorkeling. And it doesn't end there: kick back and relax at Orient Bay Beach, appreciate the history behind Fort Louis, don't miss a visit to Boardwalk, and stroll through Dawn Beach.

To see other places to visit, maps, and tourist information, you can read our Philipsburg day trip site .

New Delhi, India to Philipsburg is an approximately 22-hour flight. You can also do a combination of train and flight. The time zone difference moving from India Standard Time to Atlantic Standard Time is minus 9 hours. While traveling from New Delhi, expect somewhat warmer days and warmer nights in Philipsburg, ranging from highs of 34°C to lows of 28°C. Wrap up your sightseeing on the 18th (Wed) to allow time to travel to Basseterre.
more less

Things to do in Philipsburg

©
Basseterre, estimated population 13,000 in 2011, is the capital of the Federation of Saint Kitts and Nevis in the West Indies. On the 19th (Thu), see some colorful creatures with a scuba or snorkeling tour, see majestic marine mammals with a dolphin and whale watching tour, and then stop by Royal Gems. Get ready for a full day of sightseeing on the next day: explore the wealth of natural beauty at Brimstone Hill Fortress National Park, then take in nature's colorful creations at Romney Manor, and then head outdoors with Frigate Bay.

Do a combination of car and flight from Philipsburg to Basseterre in an hour. Alternatively, you can do a combination of flight, taxi, and ferry; or ride a ferry. In December, plan for daily highs up to 34°C, and evening lows to 28°C. Wrap up your sightseeing on the 20th (Fri) early enough to fly to Oranjestad.
more less

Things to do in Basseterre 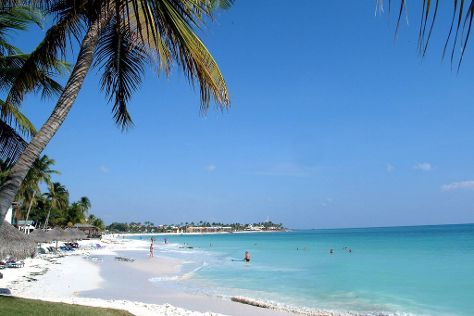 When vacationing on Aruba, don't miss taking a tour of Oranjestad, the capital of the small Caribbean island.

You'll get in some beach time at Eagle Beach and Arashi Beach. Step out of the city life by going to Baby Beach and Fishing Charters & Tours. There's much more to do: relax in the rural setting at The Butterfly Farm, look for all kinds of wild species at Wildlife Areas, and look for gifts at Kay's Fine Jewelry.

For photos, more things to do, and tourist information, you can read our Oranjestad itinerary site .

Things to do in Oranjestad 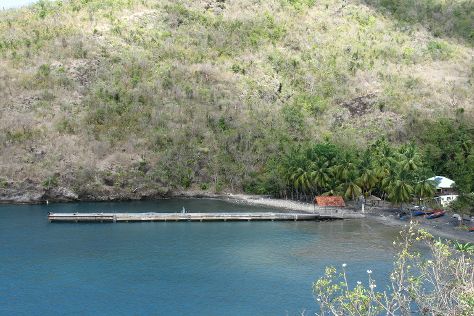 Named after three nearby islands, Trois-Ilets remains a small town few casual travelers ever get to explore.

Get some cultural insight at La Savane des Esclaves and Habitation Clement. You'll enjoy a bit of beach vacationing at Anse Noire and Les Salines Beach. Go for a jaunt from Trois-Ilets to Tartane to see Presqu'ile de la Caravelle about 58 minutes away. There's more to do: discover the deep blue sea with a scuba or snorkeling tour and enjoy the sand and surf at Anse Dufour.

To find other places to visit, reviews, photos, and other tourist information, read our Trois-Ilets trip planner .

You can fly from Oranjestad to Trois-Ilets in 9 hours. Another option is to do a combination of flight and ferry. In December, daytime highs in Trois-Ilets are 34°C, while nighttime lows are 27°C. Finish your sightseeing early on the 26th (Thu) so you can travel to Bridgetown.
more less

Things to do in Trois-Ilets 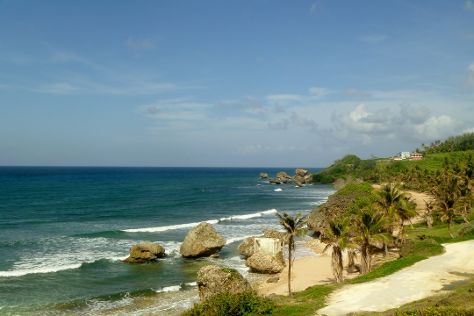 ©
Bridgetown is the capital and largest city of Barbados. Take a break from the city and head to Bottom Bay and Soup Bowl. Discover out-of-the-way places like Andromeda Botanic Gardens and Barbados Concorde Experience. Explore the numerous day-trip ideas around Bridgetown: Sunbury Plantation House (in Saint Philip Parish) and Bathsheba Beach (in Bathsheba). Next up on the itinerary: see some colorful creatures with a scuba or snorkeling tour, enjoy the sand and surf at Carlisle Bay, stroll through Dover Beach, and admire the natural beauty at Hunte's Gardens.

To see more things to do, maps, ratings, and tourist information, use the Bridgetown trip maker .

Traveling by combination of flight and bus from Trois-Ilets to Bridgetown takes 2 hours. In December in Bridgetown, expect temperatures between 34°C during the day and 28°C at night. Wrap up your sightseeing on the 29th (Sun) early enough to travel back home.
more less

Things to do in Bridgetown