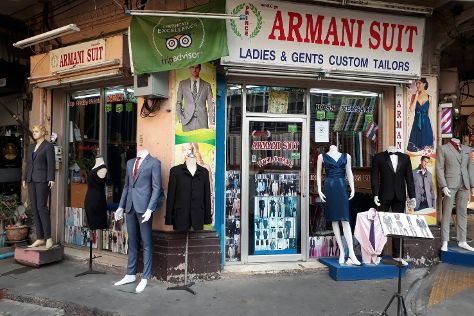 Do your shopping at Central Plaza WestGate and Nightingale Olympic. Step off the beaten path and head to Madame Tussauds Bangkok and Central Chidlom. You'll find plenty of places to visit near Bangkok: Wat Phra Pathom Chedi (in Nakhon Pathom) and Mega Bangna (in Bang Phli). There's much more to do: buy something for everyone on your list at Siam Discovery, look for gifts at Jack Armani Suit, examine the collection at Queen Sirikit Museum of Textiles, and contemplate in the serene atmosphere at Wat Bowonniwet Vihara.

To see ratings, more things to do, maps, and other tourist information, read our Bangkok road trip website.

Chicago, USA to Bangkok is an approximately 23.5-hour flight. The time zone changes from Central Standard Time to Indochina Time, which is usually a 13 hour difference. Traveling from Chicago in June, things will get a bit warmer in Bangkok: highs are around 93°F and lows about 79°F. Cap off your sightseeing on the 13th (Thu) early enough to travel to Chiang Mai.
more less

For shopping fun, head to Supreme Collection or Tonlamyai Market. Explore hidden gems such as Maerim Elephant Sanctuary and Wat Umong Suan Phutthatham. Change things up with these side-trips from Chiang Mai: Nature & Wildlife Tours (in Mae Taeng) and Sanpatong buffalo market (in San Pa Tong). There's much more to do: contemplate in the serene atmosphere at Wat Phra That Doi Kham (Temple of the Golden Mountain), view the masterpieces at Glang-Viang Gallery, hit the best photo ops around with an inspiring photography tour, and stroll the grounds of Wat Suan Dok.

To find where to stay, reviews, and tourist information, you can read our Chiang Mai trip itinerary planning tool.

You can fly from Bangkok to Chiang Mai in 3.5 hours. Alternatively, you can drive; or take a bus. June in Chiang Mai sees daily highs of 93°F and lows of 77°F at night. Wrap up your sightseeing on the 19th (Wed) to allow time to travel to Bophut.
more less 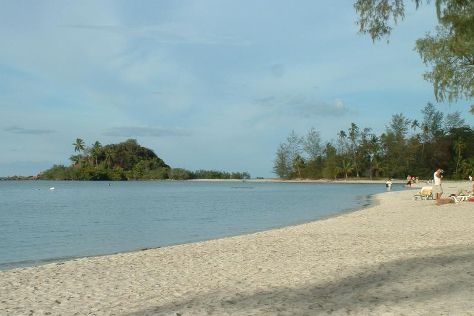 You'll discover tucked-away gems like Choeng Mon Beach and Chaweng Beach. You'll get in some beach time at Maenam Beach and Samrong Beach. And it doesn't end there: stroll through Samui Elephant Sanctuary, have some family-friendly fun at Lazgam Laser Games Koh Samui, stop by Modern Suit Samui, and step off the mainland to explore Koh Tan.

Traveling by flight from Chiang Mai to Bophut takes 4 hours. Alternatively, you can take a bus; or do a combination of train and ferry. In June in Bophut, expect temperatures between 91°F during the day and 81°F at night. Cap off your sightseeing on the 22nd (Sat) early enough to travel to Ang Thong.
more less

As the capital of a province of the same name, Ang Thong boasts a rich history--most notably as an outpost during the war against the Burmese and the birthplace of Nai Dok and Nai Thongkaeo, two of the war's venerated heroes.

On the 23rd (Sun), step off the mainland to explore Ko Wua Talap Island and then get outside with Ko Mae Ko.

To find photos, where to stay, more things to do, and tourist information, use the Ang Thong day trip tool.

Ang Thong is just a stone's throw from Bophut. In June, daily temperatures in Ang Thong can reach 91°F, while at night they dip to 81°F. Finish your sightseeing early on the 23rd (Sun) so you can travel back home.
more less

Things to do in Ang Thong