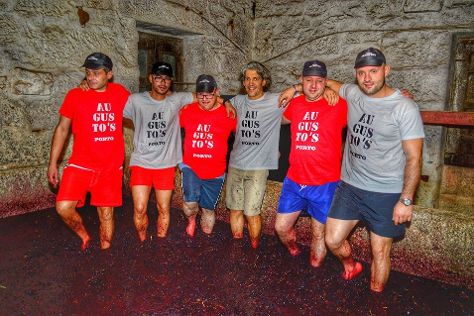 On the 20th (Sat), take in the architecture and atmosphere at Igreja do Carmo, take in the architecture and atmosphere at Igreja dos Carmelitas, stop by Garrafeira do Carmo, then take in the spiritual surroundings of Capela das Almas, then steep yourself in history at Largo da Oliveira, and finally admire the landmark architecture of Palacio do Raio. Keep things going the next day: learn about winemaking at Cave Vasconcellos, learn about winemaking at Porto Augusto's, get into the urban bustle at Palacio da Bolsa, then contemplate the long history of Porto Cathedral (Se Catedral), and finally pause for some serene contemplation at Church of Santa Clara (Igreja de Santa Clara).

For reviews, photos, ratings, and other tourist information, refer to the Porto sightseeing planner. 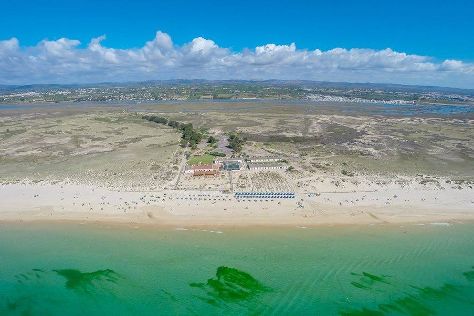 Tavira has succeeded at escaping the flood of tourism that has affected other coastal Portuguese towns over the years.

Start off your visit on the 22nd (Mon): kick back and relax at Praia do Barril, then appreciate the extensive heritage of Old Town Faro, and then take in the architecture and atmosphere at Igreja do Carmo. On the 23rd (Tue), you'll have a packed day of sightseeing: explore the ancient world of Cerro da Vila, get engrossed in the history at Museu Islamico, and then stroll through Cabanas de Tavira Beach.

For reviews and tourist information, use the Tavira journey planning site.

Traveling by flight from Porto to Tavira takes 5.5 hours. Alternatively, you can drive; or do a combination of train and bus. Traveling from Porto in July, things will get a bit warmer in Tavira: highs are around 34°C and lows about 23°C. Wrap up your sightseeing on the 23rd (Tue) to allow time to drive to Lagos.
more less

Things to do in Tavira 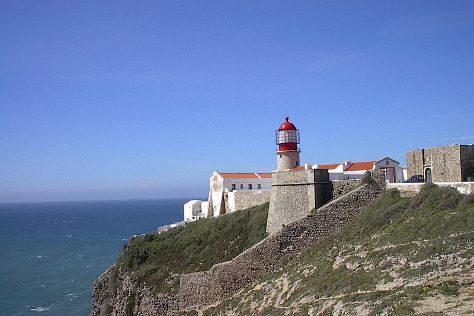 You'll enjoy a bit of beach vacationing at Praia Dona Ana and Praia da Marinha. Take a break from the city and head to Ponta da Piedade and Scuba & Snorkeling. Explore the numerous day-trip ideas around Lagos: Rocha Surf Shop (in Praia da Rocha) and Cape Saint Vincent (in Sagres). There's much more to do: kick back and relax at Praia do Camilo, take in the architecture and atmosphere at Church of St. Anthony, and enjoy the sea views from Lagos Farol da Ponta da Piedade.

To find where to stay, other places to visit, more things to do, and other tourist information, refer to the Lagos trip planner.

Traveling by car from Tavira to Lagos takes 1.5 hours. Alternatively, you can take a train; or do a combination of bus and train. In July in Lagos, expect temperatures between 34°C during the day and 23°C at night. Finish your sightseeing early on the 26th (Fri) to allow enough time to drive to Evora.
more less 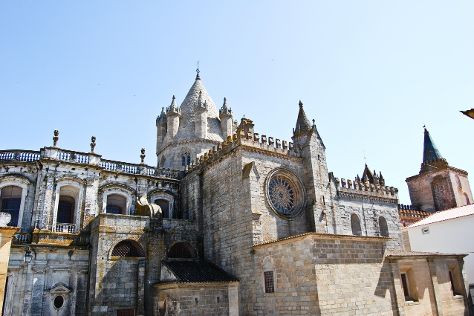 The city of Evora functions as a museum of Roman origins and medieval times.

On the 27th (Sat), steep yourself in history at Cathedral of Evora (Se Catedral de Evora), delve into the distant past at Centro Historico de Evora, contemplate in the serene atmosphere at Templo Romano de Evora (Templo de Diana), then delve into the distant past at Centro Interpretativo dos Almendres, then take in the spiritual surroundings of Capela dos Ossos, and finally stop by Corticarte - Arte em Cortica.

To see other places to visit, ratings, where to stay, and other tourist information, refer to the Evora holiday planner.

You can drive from Lagos to Evora in 3 hours. Other options are to take a bus; or take a train. While traveling from Lagos, expect a bit warmer days and slightly colder nights in Evora, ranging from highs of 39°C to lows of 18°C. Finish your sightseeing early on the 27th (Sat) to allow enough time to drive to Lisbon.
more less

Things to do in Evora

Head to Avenida da Liberdade and Museu Calouste Gulbenkianfor some retail therapy. You'll explore the less-touristy side of things at Basilica de Nossa Senhora do Rosario de Fatima and Cabo da Roca. You'll find plenty of places to visit near Lisbon: Quinta da Regaleira (in Sintra), Basilica da Santissima Trindade (in Fatima) and Batalha Monastery (in Batalha). And it doesn't end there: contemplate the long history of Castelo de S. Jorge, contemplate in the serene atmosphere at Igreja de Sao Roque, make a trip to Belém Tower, and take in the architecture and atmosphere at Igreja Sao Sebastiao da Pedreira.

You can drive from Evora to Lisbon in 1.5 hours. Alternatively, you can take a train; or take a bus. While traveling from Evora, expect little chillier days and about the same nights in Lisbon, ranging from highs of 34°C to lows of 20°C. Wrap up your sightseeing on the 31st (Wed) early enough to travel to Funchal.
more less

The capital of the island of Madeira for more than 500 years, Funchal represents a laid-back city made popular by its historical sites and climate.

Get in touch with nature at Swim with Dolphins and Eira do Serrado. Get some cultural insight at Igreja de Nossa Senhora do Monte and Caravel Art Center. When in Funchal, make a side trip to see Ponta do Pargo Lighthouse in Ponta do Pargo, approximately Ponta do Pargo away. The adventure continues: take in the dramatic natural features at Valley of the Nuns, contemplate the long history of Colegio dos Jesuitas do Funchal, and contemplate in the serene atmosphere at Igreja do Colegio Sao Joao Evangelista.

For ratings, more things to do, photos, and tourist information, you can read our Funchal trip builder site.

Traveling by flight from Lisbon to Funchal takes 4.5 hours. Traveling from Lisbon in July, expect nights in Funchal to be about the same, around 23°C, while days are little chillier, around 30°C. Finish your sightseeing early on the 3rd (Sat) to allow enough time to travel back home.
more less

Things to do in Funchal

Eira do Serrado, Ponta do Pargo Lighthouse, Valley of the Nuns
Highlights from your plan
©
Swim with Dolphins

©
Valley of the Nuns