One of the oldest and largest cities in the center of the state, Thrissur hosts a wealth of festivals throughout the year.

Use Inspirock's suggestions to plan your Thrissur trip and find the best activities and attractions for your vacation.

Salem to Thrissur is an approximately 5-hour car ride. In September in Thrissur, expect temperatures between 36°C during the day and 28°C at night. Wrap up your sightseeing on the 16th (Mon) early enough to drive to Kannur.
more less

Things to do in Thrissur 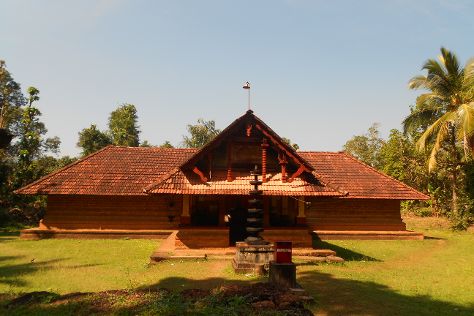 Land of Looms and Lores

A cultural capital on the state's relatively quiet northern coast, Kannur has long been associated with textile production and temple rituals, earning it the nickname, the "Land of Looms and Lores." Most Kannur itineraries will include observing theyyam rituals performed at the temples, where the traditions have origins dating back thousands of years.

To see maps, more things to do, where to stay, and tourist information, read our Kannur trip website .

You can drive from Thrissur to Kannur in 3.5 hours. Other options are to take a train; or take a bus. Finish your sightseeing early on the 17th (Tue) so you can drive to Kozhikode.
more less

Things to do in Kannur

Famous as the landing place of Vasco da Gama, the large industrial city of Kozhikode today acts as staging post for adventures around the state, while also boasting some particularly popular beaches.

Kick off your visit on the 18th (Wed): kick back and relax at Kappad Beach, learn more about the world around you at Deepanjali lamp museum, and then wander the streets of S.M. Street. Get ready for a full day of sightseeing on the next day: look for gifts at Bolmay Cocoa, then get some fabulous bargains at HiLite Mall, then take in the spiritual surroundings of Valayanad Devi Temple, and finally contemplate in the serene atmosphere at Tali Temple.

To find more things to do, where to stay, photos, and more tourist information, you can read our Kozhikode trip itinerary planning website .

Drive from Kannur to Kozhikode in 3 hours. Expect a daytime high around 36°C in September, and nighttime lows around 28°C. Wrap up your sightseeing on the 19th (Thu) early enough to travel to Thiruvananthapuram (Trivandrum).
more less

Things to do in Kozhikode

Situated among a collection of low hills that lead up to the coastline, state capital Thiruvananthapuram acts as a base for exploration of the southern tip of the country.

Sree Padmanabhaswamy Temple and Neeramankara Shiva Temple will appeal to history buffs. Visiting Kovalam Beach and Varkala Beach will get you outdoors. You'll find plenty of places to visit near Thiruvananthapuram (Trivandrum): Moon Stone Arts (in Varkala) and Lighthouse Beach (in Kovalam). There's lots more to do: examine the collection at Puthenmalika (Kuthiramalika) Palace, contemplate in the serene atmosphere at Palkulangara Devi Temple, admire the masterpieces at Shri Chitra Art Gallery, and shop like a local with Mahatma Gandhi Road.

To find maps, photos, reviews, and other tourist information, you can read our Thiruvananthapuram (Trivandrum) trip app .

Explore your travel options from Kozhikode to Thiruvananthapuram (Trivandrum) with the Route module. Expect a daytime high around 35°C in September, and nighttime lows around 28°C. Finish up your sightseeing early on the 22nd (Sun) so you can travel to Kochi (Cochin).
more less

Things to do in Thiruvananthapuram (Trivandrum)

Queen of the Arabian Sea

A flourishing port city and magnet for the spice trade since the 15th century, Kochi (Cochin) proudly bears its distinct international influence and local Keralan culture.

To find traveler tips, photos, where to stay, and other tourist information, use the Kochi (Cochin) trip planner.

You can fly from Thiruvananthapuram (Trivandrum) to Kochi (Cochin) in 3 hours. Alternatively, you can drive; or take a bus. September in Kochi (Cochin) sees daily highs of 36°C and lows of 28°C at night. Finish up your sightseeing early on the 25th (Wed) so you can go by car to Kottayam.
more less

Things to do in Kochi (Cochin) 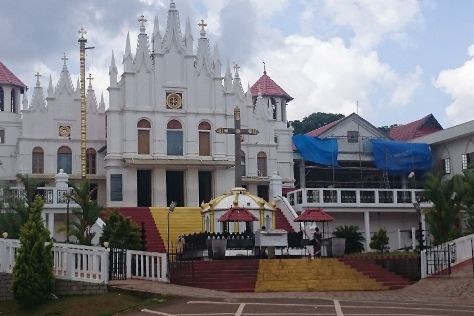 The first Indian city to achieve a 100 percent literacy rate among its citizens, Kottayam has as much of a reputation for its educational standards as for its massive rubber industry.

For more things to do, reviews, traveler tips, and more tourist information, refer to the Kottayam online tour itinerary planner .

Getting from Kochi (Cochin) to Kottayam by car takes about 2 hours. Expect a daytime high around 36°C in September, and nighttime lows around 28°C. Finish your sightseeing early on the 27th (Fri) to allow enough time to drive to Thekkady.
more less

Things to do in Kottayam

Centered on an artificial lake, Thekkady provides a sanctuary to a diverse set of animals and plant species.

Get some cultural insight at Angadipetty -Kerala Ayurveda Museum and Mangala Devi Temple. Get some historical perspective at Mangladevi Temple and Shiny Tours & Travals. There's much more to do: stop by Kerala Crafts, examine the collection at The Periyar Interpretation Centre, look for all kinds of wild species at Periyar Tiger Reserve, and see the sky in a new way at Green land spice garden.

To see maps, more things to do, reviews, and more tourist information, refer to the Thekkady tour itinerary planner .

Traveling by car from Kottayam to Thekkady takes 3 hours. Finish your sightseeing early on the 30th (Mon) to allow enough time to travel back home.
more less

Things to do in Thekkady