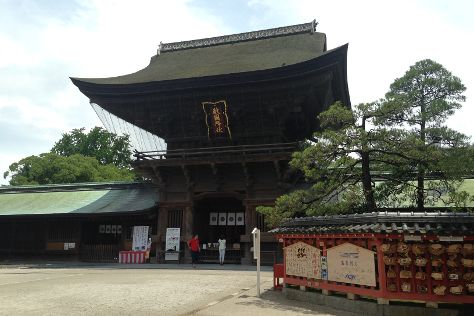 Shop till you drop at Ming and Tenjin Underground Shopping Center. Explore hidden gems such as Hakata Deitos and Yoshinogari Historical Park. Venture out of the city with trips to Nanzoin (in Sasaguri-machi), Dazaifu (Dazaifu Temmangu, Kamado Shrine, & more) and Nyoirinji Temple (in Ogori). Next up on the itinerary: get engrossed in the history at Fukuoka City Museum, steep yourself in history at Former Takatori House, take in the spiritual surroundings of Miyajidake Shrine, and try to win big at Kokura Horse Tracks.

For reviews, ratings, more things to do, and tourist information, refer to the Fukuoka journey planner .

If you are flying in from Malaysia, the closest major airport is Fukuoka Airport. In December in Fukuoka, expect temperatures between 13°C during the day and 5°C at night. Finish your sightseeing early on the 8th (Wed) so you can travel back home.
more less