We've included these beaches for you: Mooloolaba Beach and Moffat Beach. Visiting Lone Pine Koala Sanctuary and Mount Coolum will get you outdoors. Change things up with these side-trips from Brisbane: Caloundra Lighthouses (in Kings Beach), Caloundra (Bulcock Beach & Kings Beach) and Kondalilla Falls (in Montville). The adventure continues: discover the deep blue sea with a scuba or snorkeling tour, take in nature's colorful creations at City Botanic Gardens, identify plant and animal life at Buderim Forest Park, and get a sense of history and politics at City Hall.

To see where to stay, maps, reviews, and other tourist information, use the Brisbane trip itinerary maker tool.

Zurich, Switzerland to Brisbane is an approximately 26-hour flight. The time zone changes from Central European Standard Time (CET) to Australian Eastern Standard Time (AEST), which is usually a 9 hour difference. In July, Brisbane is little chillier than Zurich - with highs of 24°C and lows of 11°C. Finish up your sightseeing early on the 24th (Fri) so you can travel to Cairns.
more less 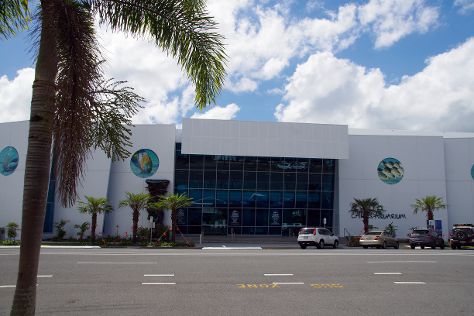 Eschew the tourist crowds and head to Australian Butterfly Sanctuary and Trinity Beach. Kids will enjoy Scuba & Snorkeling and Atherton Tablelands. Get out of town with these interesting Cairns side-trips: Wildlife Habitat Port Douglas (in Port Douglas), Cathedral Fig Tree (in Yungaburra) and Jaques Coffee Plantation (in Mareeba). There's much more to do: brush up on your military savvy at The Australian Armour & Artillery Museum, take in the architecture and atmosphere at St Monica's Cathedral, tour the pleasant surroundings at Wrights Lookout, and contemplate the waterfront views at Catch a Barra.

For traveler tips, photos, more things to do, and more tourist information, use the Cairns trip planner.

Traveling by flight from Brisbane to Cairns takes 5.5 hours. Alternatively, you can drive; or take a train. In July, Cairns is somewhat warmer than Brisbane - with highs of 30°C and lows of 20°C. Finish your sightseeing early on the 29th (Wed) so you can travel back home.
more less