Your day by day itinerary now includes Zermatters as well as Fly Fish Zermatt. Get outdoors at The Matterhorn and Parasailing & Paragliding. You'll discover tucked-away gems like Aletsch Glacier and Riederalp. Change things up with these side-trips from Zermatt: Parc naturel Pfyn-Finge (in Sierre), Galeries Defago (in Champery) and Bisse Saviese Torrent-Neuf (in Saviese). categoryPhrases.sentence.On_the_day_spend_an_exhilarating_day_on_the_slopes_at. categoryPhrases.sentence.On_the_day_spend_an_exhilarating_day_on_the_slopes_at. There's still lots to do: tour the pleasant surroundings at Zermatt-Matterhorn Ski Paradise, identify plant and animal life at Reserve naturelle de Pouta-Fontana, hit the slopes at Zermatt Bergbahnen AG, and have fun at Clay Shoot Zermatt.

To find other places to visit, ratings, more things to do, and tourist information, read our Zermatt trip site.

If you are flying in from United States, the closest major aiports are Zürich Airport, Bern Belp Airport and Geneva Cointrin International Airport. Wrap up your sightseeing on the 10th (Fri) early enough to travel to Veysonnaz.
more less 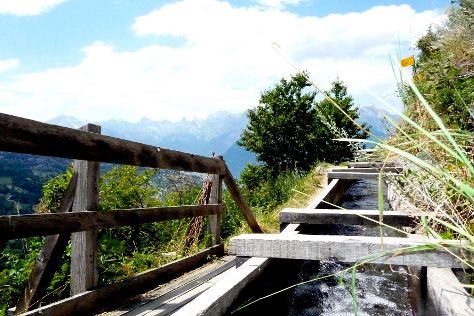 ©
Veysonnaz is a municipality in the district of Sion in the Swiss canton of Valais.GeographyVeysonnaz has an area, of 1.1km2. Your day by day itinerary now includes Bisse de Vex. On the 11th (Sat), look for all kinds of wild species at Domaines des Iles, then get outside with Les Bisses de Nendaz, and then hike along Bisse de Vex.

To see maps, other places to visit, reviews, and tourist information, read our Veysonnaz trip planner.

Traveling by car from Zermatt to Veysonnaz takes 2 hours. In April in Veysonnaz, expect temperatures between 64°F during the day and 42°F at night. Finish your sightseeing early on the 11th (Sat) so you can travel to Interlaken.
more less

Things to do in Veysonnaz 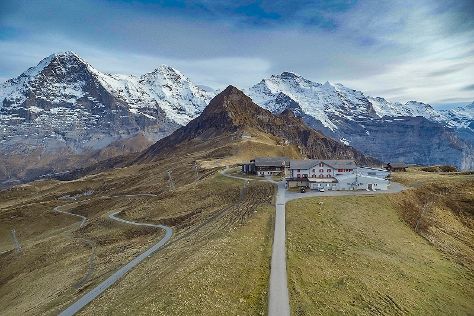 To find maps, photos, other places to visit, and more tourist information, refer to the Interlaken tour planner.

Traveling by car from Veysonnaz to Interlaken takes 2.5 hours. While traveling from Veysonnaz, expect little chillier days and about the same nights in Interlaken, ranging from highs of 58°F to lows of 39°F. Finish your sightseeing early on the 13th (Mon) to allow enough time to take a train back home.
more less

Maennlichen
Highlights from your plan