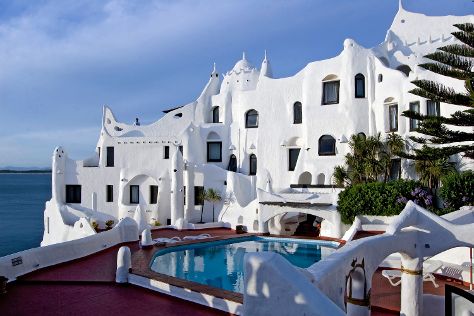 When in Punta del Este, make a side trip to see Playa Punta Colorada in Piriapolis, approximately 42 minutes away. There's still lots to do: explore the world behind art at Museo – Taller de Casapueblo, tour the pleasant surroundings at Playa Brava, make a trip to The Fingers of Punta del Este, and admire the landmark architecture of Casapueblo.

For more things to do, ratings, photos, and tourist information, refer to the Punta del Este trip planner .

Things to do in Punta del Este

©
The Fingers of Punta del Este 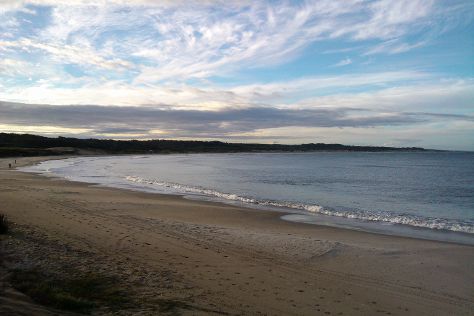 Relax on the remote, undeveloped beaches in Rocha, an eastern province of Uruguay noted for its sleepy beachfront towns and pristine nature.

Start off your visit on the 26th (Thu): explore the striking landscape of Santa Teresa National Park. Get ready for a full day of sightseeing on the next day: kick back and relax at Beaches at Cabo Polonio and then contemplate the long history of Fortress of Santa Teresa.

To find where to stay, ratings, traveler tips, and tourist information, refer to the Rocha online tour planner .

Getting from Punta del Este to Rocha by car takes about 1.5 hours. Other options: take a bus. In December, daily temperatures in Rocha can reach 28°C, while at night they dip to 21°C. Finish your sightseeing early on the 27th (Fri) to allow enough time to drive to Colonia del Sacramento.
more less

Things to do in Rocha

Beaches at Cabo Polonio
Highlights from your plan

Sleepy cobbled streets lined with pastel-colored houses lead down to the water in Colonia del Sacramento.

Change things up with a short trip to Bodega Boutique El Legado in Carmelo (about 1h 15 min away). Next up on the itinerary: appreciate the extensive heritage of Barrio Historico, stop by Almacen La Carlota, kick back and relax at Playa Santa Ana, and examine the collection at Museo Cars.

To find other places to visit, ratings, and other tourist information, you can read our Colonia del Sacramento online tour itinerary planner .

Things to do in Colonia del Sacramento 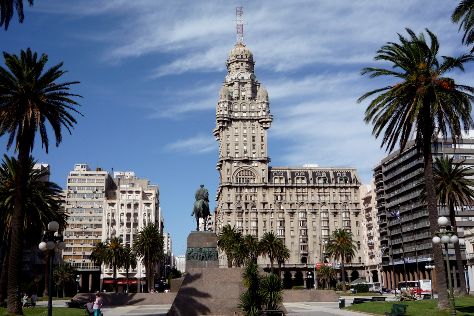 With a rich cultural scene and plenty of developed beaches, Montevideo vacations appeal to a growing number of visitors from around the world.

When in Montevideo, make a side trip to see Pizzorno Family Estates in Canelones, approximately 44 minutes away. And it doesn't end there: make a trip to Plaza Independencia, admire the striking features of Palacio Salvo, explore the world behind art at Museo Municipal de Bellas Artes Juan Manuel Blanes, and walk around Parque Rodo.

Drive from Colonia del Sacramento to Montevideo in 3 hours. Alternatively, you can take a bus. In December, daily temperatures in Montevideo can reach 32°C, while at night they dip to 19°C. Finish up your sightseeing early on the 4th (Sat) so you can travel back home.
more less

Things to do in Montevideo