You'll explore the less-touristy side of things at Mim Museum - Mineral Museum and Banque Du Liban Museum. You'll find plenty of places to visit near Beirut: Beit Eddine (in Beiteddine), Our Lady of Lebanon (in Harissa) and Byblos (Byblos Castle, Saint John-Marc Cathedral, &more). The adventure continues: take in the local highlights with Walking tours, indulge your senses at some of the top wineries in the area, take a stroll through Beirut Souks, and explore the striking landscape at Pigeon Rocks in Raouche.

To see more things to do, other places to visit, ratings, and tourist information, use the Beirut trip builder site.

If you are flying in from Turkey, the closest major aiport is Beirut Rafic Hariri International Airport. In January, daily temperatures in Beirut can reach °C, while at night they dip to °C. Wrap up your sightseeing on the 27th (Mon) early enough to drive to Bcharre.
more less 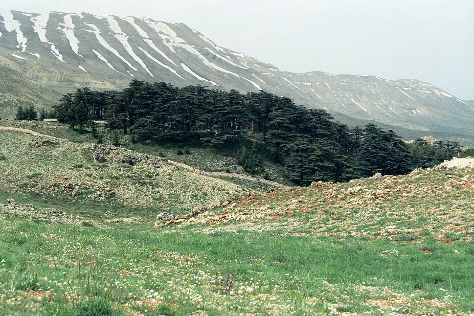 Sitting at 1,500 m (4,900 ft) above sea level and nestled between a mountain and a valley, Bcharre offers holiday goers breathtaking views.

Explore hidden gems such as Deir Qozhaya and Horsh Ehden Nature Reserve. Step out of Bcharre with an excursion to Saydet el Nouriyi Monastery in Chekka--about 1h 5 min away. And it doesn't end there: take a peaceful walk through The Cedars of God, take in the spiritual surroundings of Deir Mar Elisha, head outdoors with Ehden Adventures, and see the interesting displays at Gibran Museum.

To see other places to visit, more things to do, photos, and more tourist information, go to the Bcharre road trip website.

You can drive from Beirut to Bcharre in 2 hours. In January, daily temperatures in Bcharre can reach °C, while at night they dip to °C. Wrap up your sightseeing on the 30th (Thu) to allow time to drive to Baalbeck.
more less

Things to do in Bcharre

©
The Cedars of God 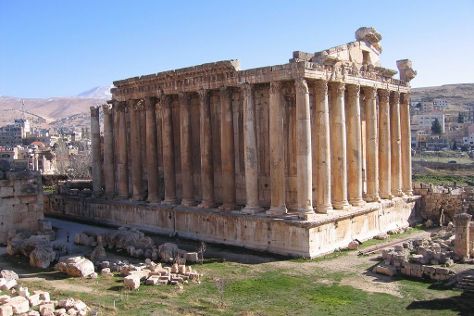 ©
Baalbek, properly Baʿalbek and also known as Balbec, Baalbec or Baalbeck, is a town in the Anti-Lebanon foothills east of the Litani River in Lebanon's Beqaa Valley, about 85km northeast of Beirut and about 75km north of Damascus. Kick off your visit on the 31st (Fri): fly down the slopes at Mzaar Kfardebian, thenget to know the fascinating history of Baalbek Roman Ruins, and then explore the ancient world of Temples of Baalbek. Here are some ideas for day two: learn about winemaking at Coteaux Du Liban, explore the historical opulence of Umayyad Ruins of Aanjar, and then learn about winemaking at Chateau Ksara.

For where to stay, traveler tips, maps, and other tourist information, go to the Baalbeck holiday planner.

Traveling by car from Bcharre to Baalbeck takes 2 hours. In January, daytime highs in Baalbeck are °C, while nighttime lows are °C. Finish up your sightseeing early on the 1st (Sat) so you can go by car to Sur.
more less

Things to do in Baalbeck

©
Tyre, sometimes romanized as Sour, is a city in the South Governorate of Lebanon. On the 2nd (Sun), take in the spiritual surroundings of Grotte de Cana, thendon't miss a visit to Al-Bass Archaeological Site, and then delve into the distant past at Tyre.

To find traveler tips, other places to visit, ratings, and other tourist information, read our Sur itinerary planning app.

Traveling by car from Baalbeck to Sur takes 2.5 hours. Traveling from Baalbeck in February, expect little chillier with lows of °C in Sur. You'll have a few hours on the 3rd (Mon) to wrap things up before traveling home.
more less

Things to do in Sur