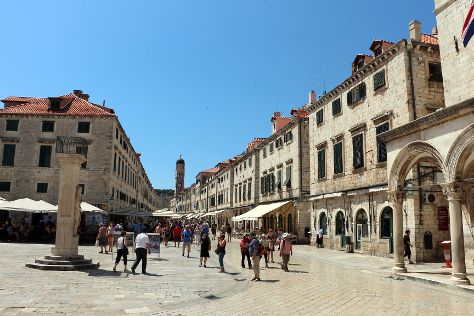 On the 18th (Fri), wander the streets of Old Town and then appreciate the extensive heritage of Dubrovnik City Walls. Get ready for a full day of sightseeing on the next day: steep yourself in history at Stradun, see the interesting displays at War Photo Limited, then enjoy breathtaking views from Upper Corner Tower Foundry Museum, and finally stop by Cavtat Old Town.

For other places to visit, where to stay, maps, and other tourist information, go to the Dubrovnik holiday maker app. 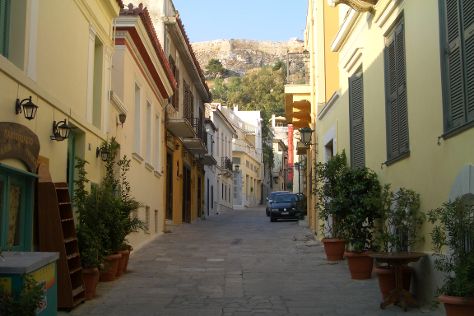 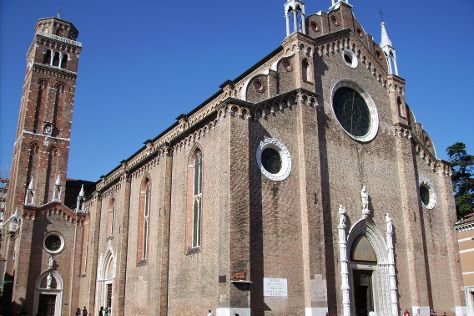 For more things to do, traveler tips, photos, and more tourist information, you can read our Venice online travel route planner.

You can do a combination of subway and flight from Athens to Venice in 6 hours. Alternatively, you can do a combination of subway, flight, and train; or drive. The time zone difference moving from Eastern European Standard Time (EET) to Central European Standard Time (CET) is minus 1 hour. Plan for little chillier temperatures traveling from Athens in September, with highs in Venice at 77°F and lows at 59°F. Finish your sightseeing early on the 24th (Thu) to allow enough time to take a train to Florence.
more less

Cathedral of Santa Maria del Fiore and The Baptistery of St. John will appeal to history buffs. You'll explore and learn at Florence Academy of Fine Arts and Pitti Palace. There's much more to do: contemplate the long history of Basilica of Santa Croce, make a trip to Piazzale Michelangelo, admire the striking features of Basilica San Miniato al Monte, and explore the world behind art at Gallerie Degli Uffizi.

Take a train from Venice to Florence in 2.5 hours. Alternatively, you can drive; or take a bus. In September, daytime highs in Florence are 78°F, while nighttime lows are 59°F. Finish your sightseeing early on the 28th (Mon) so you can take a train to Rome.
more less

Do some cultural sightseeing at Colosseum and St. Peter's Basilica. Let the collections at Vatican Museums and Galleria Borghese capture your imagination. Change things up with these side-trips from Rome: Parco Archeologico di Ostia Antica (in Ostia Antica) and Villa d'Este (in Tivoli). And it doesn't end there: admire the local landmark of Trevi Fountain, delve into the distant past at Palatine Hill, admire the landmark architecture of Pantheon, and make a trip to Piazza Navona.

You can take a train from Florence to Rome in 2 hours. Alternatively, you can drive; or fly. September in Rome sees daily highs of 81°F and lows of 60°F at night. Wrap up your sightseeing on the 1st (Thu) early enough to travel back home.
more less