Plan created by another user. Make it yours
Start from...
1
Beirut
— 14 nights
End at...
See full calendar 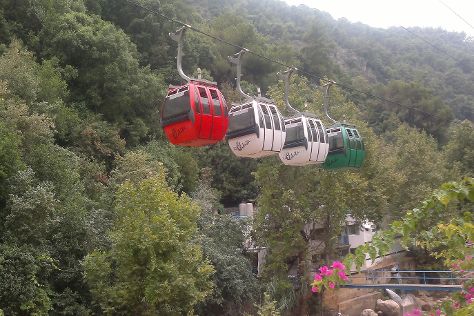 Explore the numerous day-trip ideas around Beirut: St. George Christian Orthodox Monastery (in Deir El Harf), Paragliding Jounieh (in Jounieh) and Baalbeck (Baalbek Roman Ruins & Temples of Baalbek). On the 8th (Thu), give your taste buds a day to remember with a local gastronomic tour. Next up on the itinerary: pause for some photo ops at Jeita Grotto, take a stroll through Hamra Street, explore the striking landscape at Pigeon Rocks in Raouche, and visit Beirut Souks.

For more things to do, traveler tips, and tourist information, read our Beirut day trip app.

If you are flying in from India, the closest major aiport is Beirut Rafic Hariri International Airport. In September in Beirut, expect temperatures between 36°C during the day and 28°C at night.
more less