Family-friendly places like Red Square and Moscow Kremlin will thrill your kids. Your inner history buff will appreciate Saint Basil's Cathedral and Lenin's Mausoleum. Step out of Moscow to go to Sergiyev Posad and see The Holy Trinity-St. Sergius Lavra, which is approximately 1h 20 min away. Next up on the itinerary: explore the world behind art at State Tretyakov Gallery, steep yourself in history at Kremlin Walls and Towers, admire the landmark architecture of Tserkov' Uspeniya Presvyatoy Bogoroditsy V Novodevich'yem Monastyre, and take in the architecture and atmosphere at Cathedral of Christ the Saviour.

To find more things to do, ratings, photos, and more tourist information, you can read our Moscow trip planner.

The Holy Trinity-St. Sergius Lavra
Highlights from your plan 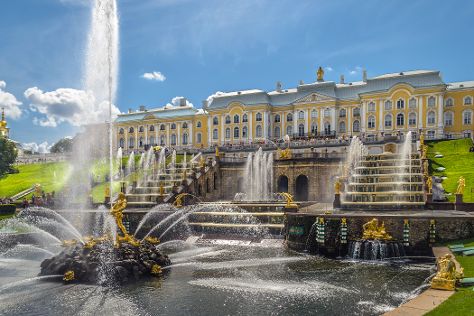 The State Hermitage Museum and Church of the Savior on Spilled Blood are good opportunities to explore the local culture. Get some historical perspective at Grand Peterhof Palace and Saint Isaac's Cathedral. There's still lots to do: steep yourself in history at Palace Square, take an in-depth tour of Kazan Cathedral, admire the landmark architecture of Peter and Paul Fortress, and take in the architecture and atmosphere at Naval Cathedral of St. Nicholas.

You can take a train from Moscow to St. Petersburg in 5 hours. Alternatively, you can fly; or drive. In July, daytime highs in St. Petersburg are °C, while nighttime lows are °C. Wrap up your sightseeing on the 29th (Wed) early enough to travel to Tallinn.
more less 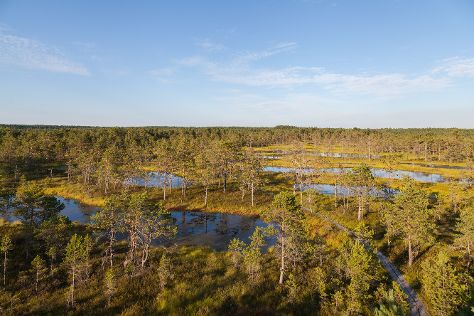 A historic city with its eye firmly on the future, Tallinn blends medieval fortifications, gleaming skyscrapers, and charming boutiques with a spattering of Soviet relics.

Your inner history buff will appreciate Toompea Hill and Tallinn Town Wall. Step out of the city life by going to Lahemaa rahvuspark and Paljassaare Special Conservation Area. The adventure continues: visit Tallinn Old Town, explore the engaging exhibits at Marzipana Gallery, stroll around Kadriorg Park, and take in the spiritual surroundings of Aleksander Nevski Katedraali.

For other places to visit, where to stay, more things to do, and tourist information, you can read our Tallinn travel itinerary planner.

Do a combination of train and flight from St. Petersburg to Tallinn in 5.5 hours. Alternatively, you can drive; or fly. The time zone changes from Moscow Standard Time (MSK) to Eastern European Standard Time (EET), which is usually a -1 hour difference. In July, plan for daily highs up to °C, and evening lows to °C. Finish up your sightseeing early on the 1st (Sat) so you can travel back home.
more less

Things to do in Tallinn

Lahemaa rahvuspark
Highlights from your plan