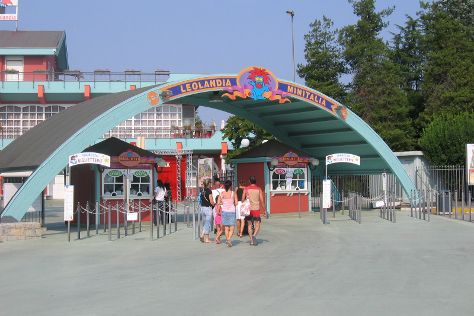 ©
Crema is a city and comune in the province of Cremona, in the region of Lombardy in northern Italy. Venture out of the city with trips to Leolandia (in Capriate San Gervasio), Certosa di Pavia (in Certosa di Pavia) and Acquaworld (in Concorezzo). The adventure continues: pause for some serene contemplation at Basilica Santa Maria della Croce, appreciate the extensive heritage of Centro Storico di Crema, steep yourself in history at Cathedral of Cremona, and take in panoramic vistas at Torre Guelfa.

If you are flying in from United States, the closest major airports are Malpensa International Airport, Milano Linate Airport, Il Caravaggio International Airport and Verona Villafranca Airport. Expect a daytime high around 83°F in June, and nighttime lows around 64°F. Finish your sightseeing early on the 30th (Tue) to allow enough time to travel back home.
more less

Things to do in Crema