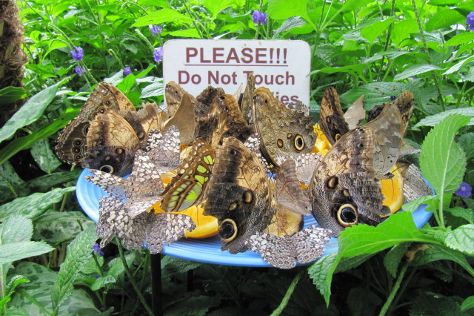 Start off your visit on the 23rd (Thu): explore and take pictures at Niagara Falls Canada, then explore the striking landscape at Journey Behind the Falls, and then look for all kinds of wild species at Butterfly Conservatory. On the 24th (Fri), you'll have a packed day of sightseeing: appreciate the extensive heritage of Niagara River Recreation Trail, trek along White Water Walk, and then admire the sheer force of Horseshoe Falls.

For reviews, other places to visit, traveler tips, and other tourist information, go to the Niagara Falls journey builder site.

San Juan, Puerto Rico to Niagara Falls is an approximately 10- hour combination of flight and train. You can also do a combination of flight and bus; or do a combination of car, flight, and bus. The time zone difference moving from Atlantic Standard Time to Eastern Standard Time is minus 1 hour. While traveling from San Juan, expect slightly colder days and much colder nights in Niagara Falls, ranging from highs of 24°C to lows of 11°C. Cap off your sightseeing on the 24th (Fri) early enough to go by car to Toronto.
more less 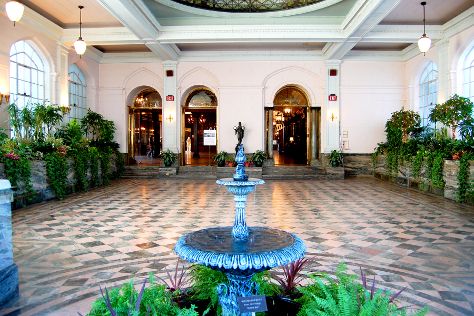 Casa Loma and St Michael's Cathedral Basilica will appeal to history buffs. Do some cultural sightseeing at The Distillery District and Royal Ontario Museum. The adventure continues: browse the eclectic array of goods at St. Lawrence Market, enjoy breathtaking views from CN Tower, and learn about wildlife with up-close encounters at Toronto Zoo.

For ratings, maps, and other tourist information, refer to the Toronto tour itinerary planner.

Traveling by car from Niagara Falls to Toronto takes 1.5 hours. Alternatively, you can take a train; or take a bus. In May in Toronto, expect temperatures between 22°C during the day and 11°C at night. Finish up your sightseeing early on the 27th (Mon) so you can travel to Ottawa.
more less

Kick off your visit on the 28th (Tue): learn about all things military at Canadian War Museum, stop by Cats R Us Cat Boutique, and then contemplate the waterfront views at Rideau Canal National Historic Site. On the next day, ponder the world of politics at Parliament Hill and Buildings, take in the spiritual surroundings of Notre Dame Basilica, and then take a stroll through ByWard Market.

Do a combination of ferry and flight from Toronto to Ottawa in 3 hours. Alternatively, you can fly; or drive. May in Ottawa sees daily highs of 23°C and lows of 9°C at night. Finish your sightseeing early on the 29th (Wed) so you can travel to Quebec City.
more less

On the 30th (Thu), admire the majestic nature at Parc de la Chute-Montmorency, then look for gifts at Quartier Petit Champlain, and then take in the architecture and atmosphere at Cathedral of the Holy Trinity. Get ready for a full day of sightseeing on the next day: learn about all things military at La Citadelle de Quebec and then get to know the fascinating history of Old Quebec.

To find where to stay, traveler tips, and other tourist information, you can read our Quebec City itinerary maker app.

Getting from Ottawa to Quebec City by combination of flight and bus takes about 4 hours. Other options: drive; or take a bus. While traveling from Ottawa, expect a bit cooler days and about the same nights in Quebec City, ranging from highs of 19°C to lows of 9°C. Wrap up your sightseeing on the 31st (Fri) early enough to drive to Montreal.
more less

Give yourself a bit of retail therapy at Jean-Talon Market and Rue Ste.-Catherine. Get some historical perspective at Notre-Dame Basilica and Saint Joseph's Oratory of Mount Royal. When in Montreal, make a side trip to see Nature Centre (Le Centre de la nature) in Laval, approximately Laval away. There's still lots to do: explore the world behind art at Musee des beaux-arts de Montreal, learn more about the world around you at Biodome de Montreal, and appreciate the extensive heritage of Old Port of Montreal.

Drive from Quebec City to Montreal in 3 hours. Alternatively, you can take a bus; or take a train. Traveling from Quebec City in May, you will find days in Montreal are somewhat warmer (23°C), and nights are about the same (11°C). Wrap up your sightseeing on the 3rd (Mon) early enough to travel back home.
more less