Garden City of the East

Although Myanmar moved its capital to Naypyidaw in 2005, Yangon remains the largest city and commercial hub in the country.

Go for a jaunt from Yangon (Rangoon) to Pabedan to see Bogyoke Aung San Market about 40 minutes away. There's still lots to do: contemplate in the serene atmosphere at Shwedagon Pagoda, look for gifts at Yangoods, indulge in some personalized pampering at some of the best spas, and admire the landmark architecture of Kyaik Ka San Pagoda.

To find more things to do, other places to visit, reviews, and other tourist information, read Yangon (Rangoon) online trip itinerary builder.

Singapore, Singapore to Yangon (Rangoon) is an approximately 6.5-hour flight. You can also drive; or do a combination of bus, train, and car. The time zone difference moving from Singapore Standard Time (SGT) to Myanmar Time (MMT) is minus 1.5 hours. Finish up your sightseeing early on the 14th (Fri) so you can travel to Kyaiktiyo.
more less

Things to do in Yangon (Rangoon)

To find where to stay, maps, ratings, and tourist information, you can read our Kyaiktiyo online trip maker.

Traveling by car from Yangon (Rangoon) to Kyaiktiyo takes 4 hours. Finish your sightseeing early on the 15th (Sat) so you can travel to Bago.
more less

Things to do in Kyaiktiyo

Kyaiktiyo Pagoda
Highlights from your plan 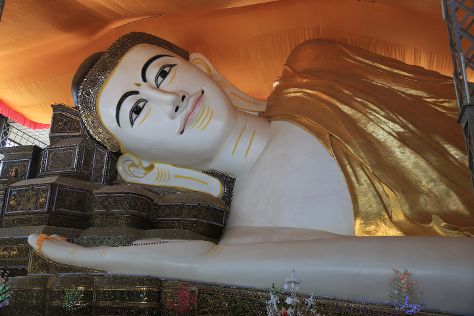 Once a bustling city in southern Myanmar, the market town of Bago mostly draws visitors on day trips from Yangon, coming to see the relics and historic monuments from its heyday.

To see traveler tips, other places to visit, and other tourist information, refer to the Bago day trip website.

Traveling by car from Kyaiktiyo to Bago takes 2.5 hours. Cap off your sightseeing on the 16th (Sun) early enough to go by car to Taunggyi.
more less

Things to do in Bago

A major trading city in the mountains, Taunggyi offers good access to the plains and hills of the state.

On the 17th (Mon), explore the ancient world of Indein Village, take in nature's colorful creations at Floating Gardens, and then take in the spiritual surroundings of Nga Phe Kyaung Monastery.

To see more things to do, traveler tips, maps, and tourist information, use the Taunggyi day trip website.

Traveling by car from Bago to Taunggyi takes 7 hours. Alternatively, you can fly; or take a bus. Cap off your sightseeing on the 17th (Mon) early enough to travel to Bagan.
more less

Things to do in Taunggyi 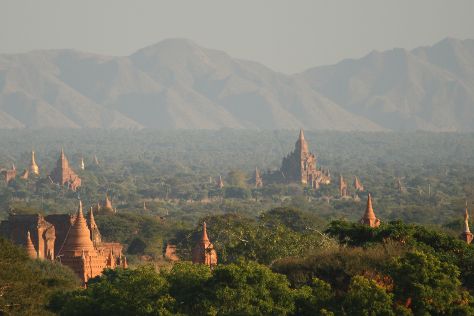 The thousands of temples at Bagan rise up from the plain, each with their own history, style, and spiritual meaning.

When in Bagan, make a side trip to see Nat Taung Kyaung Monastery in Leya, approximately Leya away. Next up on the itinerary: steep yourself in history at Bagan Temples, contemplate in the serene atmosphere at Ananda Temple, and make a trip to Yandabo Village Pottery.

To find photos, reviews, more things to do, and more tourist information, you can read our Bagan online tour itinerary planner.

You can fly from Taunggyi to Bagan in 4 hours. Alternatively, you can drive; or do a combination of bus and taxi. Finish your sightseeing early on the 20th (Thu) to allow enough time to drive to Mandalay.
more less

Things to do in Bagan 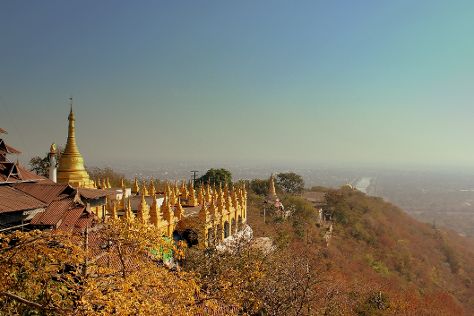 Built on a large scale by a king needing to impress and rebuild after defeat in battle, Mandalay deserves exploration.

On the 21st (Fri), admire the landmark architecture of Shwenandaw Monastery, contemplate in the serene atmosphere at Kuthodaw Pagoda & the World's Largest Book, then take some stellar pictures from Mandalay Hill, and finally take in the spiritual surroundings of Su Taung Pyi Pagoda. On the 22nd (Sat), you'll have a packed day of sightseeing: take in the spiritual surroundings of Bagaya Monastery, then take in the views from U Bein Bridge, then pause for some photo ops at Mahamuni Image, and finally steep yourself in history at Mandalay Palace.

To find more things to do, photos, reviews, and more tourist information, go to the Mandalay trip builder tool.

Drive from Bagan to Mandalay in 3 hours. Alternatively, you can fly; or do a combination of taxi and train. Cap off your sightseeing on the 22nd (Sat) early enough to catch the shuttle to Pyin Oo Lwin (Maymyo).
more less

Things to do in Mandalay

U Bein Bridge
Highlights from your plan 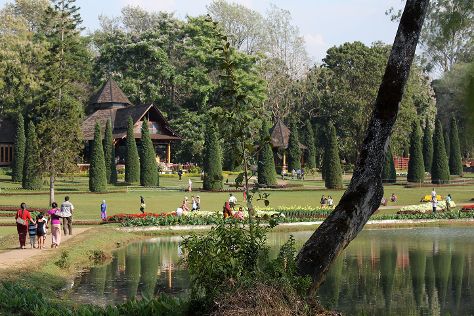 Pyin Oo Lwin (Maymyo) was established by the British as a military outpost, but soon became the summer capital of British Burma, and a popular retreat for the colonial administration on account of its relatively cool and refreshing climate.

Start off your visit on the 23rd (Sun): experience rural life at HTOO Orange Farm, contemplate in the serene atmosphere at Maha Ant Htoo Kan Thar Pagoda, then admire the natural beauty at National Kandawgyi Botanical Gardens, and finally take in the architecture and atmosphere at All Saints Anglican Church.

For more things to do, other places to visit, maps, and more tourist information, go to the Pyin Oo Lwin (Maymyo) holiday maker website.

Take a shuttle from Mandalay to Pyin Oo Lwin (Maymyo) in an hour. Alternatively, you can drive; or take a bus. Wrap up your sightseeing by early afternoon on the 24th (Mon) to allow time for travel back home.
more less

Things to do in Pyin Oo Lwin (Maymyo)