Start off your visit on the 28th (Sun): wander the streets of Via Condotti, contemplate the long history of St. Peter's Basilica, appreciate the extensive heritage of Piazza Navona, view the masterpieces at Ceramica RAKU Roma, thenexplore the ancient world of Pantheon, and finally take in the exciting artwork at ALEFBET. Here are some ideas for day two: steep yourself in history at Palatine Hill, delve into the distant past at Colosseum, thenstroll the grounds of Catacombs of Saint Callixtus, and finally view the masterpieces at Soqquadro APS.

To find photos, more things to do, other places to visit, and other tourist information, refer to the Rome day trip tool.

Dammam, Saudi Arabia to Rome is an approximately 14.5-hour flight. Traveling from Dammam to Rome, you'll gain 2 hours due to the time zone difference. While traveling from Dammam, expect colder days and little chillier nights in Rome, ranging from highs of °C to lows of °C. Cap off your sightseeing on the 29th (Mon) early enough to catch the train to Livorno.
more less

Naples of the North

Considered one of Tuscany's newer cities, the busy port city of Livorno boasts modern charm uncharacteristic of the region.

Start off your visit on the 30th (Tue): look for gifts at Miss Mini - Prodotti tipici Toscani, see the interesting displays at Museo Civico Giovanni Fattori, thenidentify plant and animal life at Costiera di Calafuria, thentake in the architecture and atmosphere at Santuario di Montenero, and finally explore the fascinating underground world of Grotte di Montenero.

To find ratings, traveler tips, where to stay, and other tourist information, you can read our Livorno itinerary website.

Getting from Rome to Livorno by train takes about 3.5 hours. Other options: drive; or fly. Plan for little chillier nights when traveling from Rome in June since evenings lows in Livorno dip to °C. Cap off your sightseeing on the 30th (Tue) early enough to go by car to Pisa.
more less

Things to do in Livorno 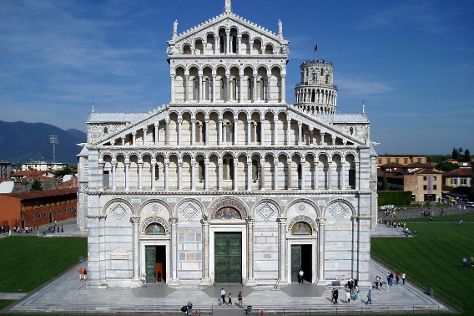 For other places to visit, more things to do, photos, and tourist information, you can read our Pisa trip itinerary builder tool.

Drive from Livorno to Pisa in an hour. Alternatively, you can take a train; or take a bus. In June in Pisa, expect temperatures between °C during the day and °C at night. Wrap up your sightseeing on the 2nd (Thu) to allow time to drive to Florence.
more less

Give yourself a bit of retail therapy at Art Gallery Studio Iguarnieri and Mercato Centrale. Florence Academy of Fine Arts and Pitti Palace will appeal to museum buffs. Step out of Florence to go to Santa Brigida and see Castello del Trebbio, which is approximately 36 minutes away. There's still lots to do: take in the spiritual surroundings of Cathedral of Santa Maria del Fiore, snap pictures at Ponte Vecchio, take in the exciting artwork at Limbo Art Gallery, and get a sense of history and politics at Palazzo Vecchio.

To see reviews, ratings, more things to do, and other tourist information, read Florence trip planner.

Drive from Pisa to Florence in 1.5 hours. Alternatively, you can take a train; or take a bus. Expect a daytime high around °C in July, and nighttime lows around °C. Cap off your sightseeing on the 6th (Mon) early enough to catch the train to Bologna.
more less

To see ratings, more things to do, other places to visit, and more tourist information, go to the Bologna trip planner.

You can take a train from Florence to Bologna in 1.5 hours. Other options are to drive; or take a bus. July in Bologna sees daily highs of °C and lows of °C at night. On the 7th (Tue), you'll travel to Venice.
more less

Start off your visit on the 7th (Tue): view the masterpieces at Max Studio, thenview the masterpieces at ar33studio, thenappreciate the extensive heritage of Piazza San Marco, and finally see the interesting displays at Doge's Palace. Get ready for a full day of sightseeing on the 8th (Wed): get a taste of the local shopping with Codex Art Gallery, wander the streets of Cannaregio, thenwander the streets of Campo del Ghetto, thenget a taste of the local shopping with Venezia Gallery di Giorgio Ghidoli, and finally admire the striking features of Basilica di San Marco.

Traveling by car from Bologna to Venice takes 2 hours. Alternatively, you can take a train; or take a bus. In July, daily temperatures in Venice can reach °C, while at night they dip to °C. Wrap up your sightseeing on the 8th (Wed) to allow time to travel back home.
more less