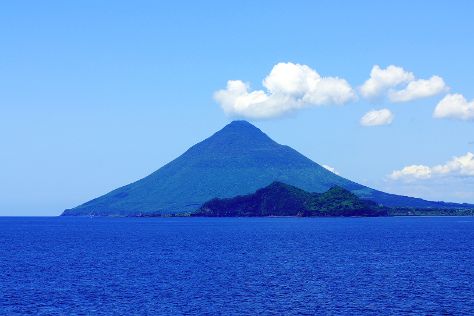 ©
Ichikikushikino is a city located in Kagoshima Prefecture, Japan.The modern city of Ichikikushikino was established on October 11, 2005, from the merger of the city of Kushikino with the town of Ichiki (from Hioki District).At the end of January 2013, the city had an estimated population of 30,551, with 13,505 households. You'll find plenty of places to visit near Ichikikushikino: Ibusuki (Lake Ikeda, Cape Nagasakibana, &more), Satsumasendai (Nagame no Hama, Nitta Shrine, &more) and Miyakonojo (Takachiho Ranch & Takachihonomine). There's still lots to do: get engrossed in the history at Satsuma Students Museum, get curious at Chikabitenjikan, stroll around Nagasakibana Park, and admire the sheer force of Sogi Fall.

If you are flying in from United Kingdom, the closest major aiport is Kagoshima Airport. In March, daytime highs in Ichikikushikino are 17°C, while nighttime lows are 5°C. Wrap up your sightseeing on the 8th (Wed) early enough to travel back home.
more less

Things to do in Ichikikushikino