Your day-by-day itinerary now includes The Bartender Bar as well as Scuba Hurghada Diving Center. Start off your visit on the 2nd (Tue): get a taste of local nightlife at Scuba Hurghada Diving Center, take a stroll through El Dahar, and then join in the after-dark buzz at The Bartender Bar. Keep things going the next day: get outside with Outdoor Activities.

For other places to visit, maps, traveler tips, and tourist information, use the Hurghada vacation website .

Washington DC, USA to Hurghada is an approximately 20-hour flight. You can also do a combination of train and flight. The time zone difference when traveling from Washington DC to Hurghada is 7 hours. Traveling from Washington DC in October, things will get somewhat warmer in Hurghada: highs are around 91°F and lows about 72°F. Finish your sightseeing early on the 3rd (Wed) to allow enough time to travel to Sharm El Sheikh.
more less

Things to do in Hurghada

An enviable location on the southern end of the Sinai Peninsula and year-round warm weather boost tourism in Sharm El Sheikh and make it one of Egypt's premier travel destinations.

Your day-by-day itinerary now includes Genena City as well as El Fanar. Kick off your visit on the 4th (Thu): get a taste of local nightlife at El Fanar, wander the streets of Na'ama Bay, ponder the design of Musical Fountain Sharm el-Sheikh, then admire all the interesting features of Ghibli Raceway, and finally get a taste of local nightlife at Genena City. Get ready for a full day of sightseeing on the 5th (Fri): discover the deep blue sea with a scuba or snorkeling tour.

You can do a combination of bus and flight from Hurghada to Sharm El Sheikh in 1.5 hours. Alternatively, you can ride a ferry; or drive. In October, daytime highs in Sharm El Sheikh are 92°F, while nighttime lows are 76°F. Finish up your sightseeing early on the 5th (Fri) so you can travel to Marsa Alam.
more less

Things to do in Sharm El Sheikh 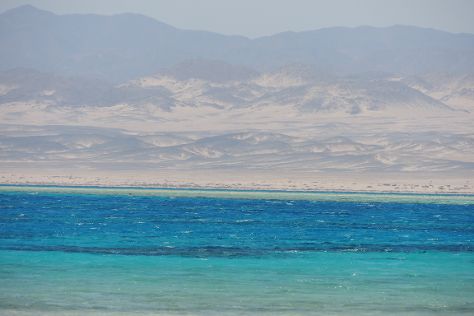 The opening of an international airport and subsequent development of hotels and resorts boosted tourism in Marsa Alam, a town on Egypt's Red Sea coast known for its world-class diving spots.

Traveling by combination of flight and taxi from Sharm El Sheikh to Marsa Alam takes 2.5 hours. Alternatively, you can take a bus; or do a combination of car and ferry. Traveling from Sharm El Sheikh in October, expect nights in Marsa Alam to be about the same, around 74°F, while days are little chillier, around 87°F. Cap off your sightseeing on the 6th (Sat) early enough to travel to Abu Simbel.
more less

Things to do in Marsa Alam 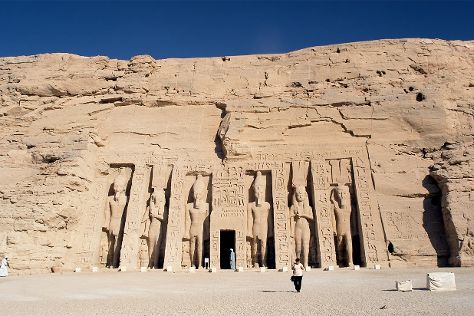 ©
Your day-by-day itinerary now includes Lake Nasser. Kick off your visit on the 7th (Sun): explore the ancient world of Abu Simbel Temple Complex and then explore the activities along Lake Nasser.

Traveling by combination of taxi and flight from Marsa Alam to Abu Simbel takes 6.5 hours. Alternatively, you can drive. When traveling from Marsa Alam in October, plan for somewhat warmer days and about the same nights in Abu Simbel: temperatures range from 95°F by day to 73°F at night. Finish your sightseeing early on the 7th (Sun) so you can travel to Luxor.
more less

Things to do in Abu Simbel

Lake Nasser
Highlights from your plan 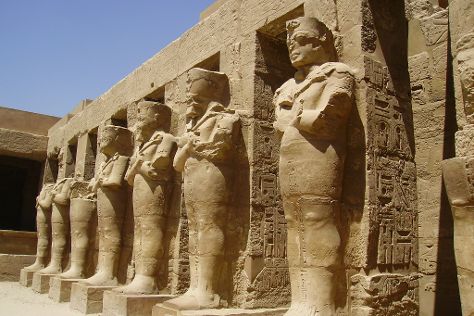 To see ratings, reviews, more things to do, and other tourist information, go to the Luxor trip planning tool . 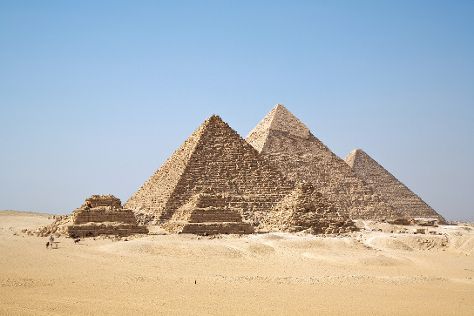 Situated on the Nile riverfront, the city of Giza remains best known for its pyramid complex.

Kick off your visit on the 10th (Wed): pause for some photo ops at Great Sphinx, then contemplate the long history of Pyramids of Giza, and then explore the ancient world of Meidum Pyramid.

To find photos, other places to visit, maps, and other tourist information, go to the Giza itinerary tool .

You can do a combination of flight and train from Luxor to Giza in 2 hours. Alternatively, you can drive; or take a train. Expect little chillier weather when traveling from Luxor in October: highs in Giza hover around 85°F, while lows dip to 68°F. Wrap up your sightseeing on the 10th (Wed) early enough to drive to Cairo.
more less

Things to do in Giza

Meidum Pyramid
Highlights from your plan

To see traveler tips, reviews, other places to visit, and more tourist information, refer to the Cairo tour site .

Cairo is just a short distance from Giza. In October, daytime highs in Cairo are 85°F, while nighttime lows are 68°F. Wrap up your sightseeing by early afternoon on the 13th (Sat) to allow time for travel back home.
more less

©
The Museum of Egyptian Antiquities