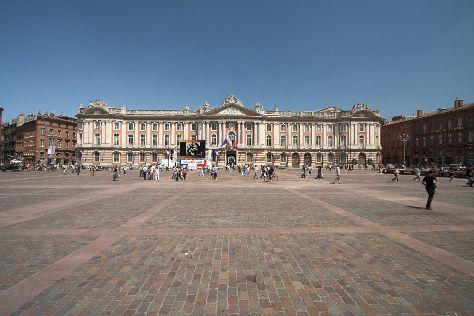 For other places to visit, ratings, where to stay, and other tourist information, read Toulouse trip builder website.

If you are flying in from Germany, the closest major aiports are Toulouse-Blagnac Airport, Carcassonne Airport and Tarbes-Lourdes-Pyrénées Airport. In July in Toulouse, expect temperatures between 33°C during the day and 20°C at night.
more less