Start off your visit on the 26th (Thu): take in the spiritual surroundings of Chiesa Di San Pietro, get to know the fascinating history of Borgo Storico di Manarola, and then enjoy the sand and surf at Spiaggia di Fegina. On the 27th (Fri), you'll have a packed day of sightseeing: see the interesting displays at Museo Civico Amedeo Lia, thenlearn about all things military at Museo Tecnico Navale della Spezia, thencontemplate in the serene atmosphere at Chiesa di San Lorenzo, and finally pause for some serene contemplation at Santa Margherita di Antiochia Church.

To see where to stay, other places to visit, maps, and more tourist information, you can read our Cinque Terre road trip planner.

La Spezia
Highlights from your plan 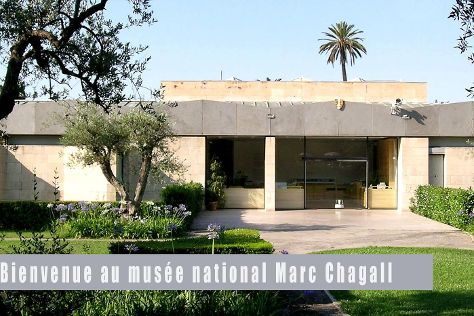 To find other places to visit, traveler tips, maps, and other tourist information, go to the Nice attractions planner.

Getting from Cinque Terre to Nice by car takes about 4 hours. Other options: take a train; or do a combination of train and bus. In March in Nice, expect temperatures between 59°F during the day and 47°F at night. Wrap up your sightseeing on the 30th (Mon) to allow time to travel to Malaga.
more less

Explore hidden gems such as Museo del Vidrio y Cristal de Malaga and Museo Carmen Thyssen Malaga. Malaga Cathedral and CAC Malaga Contemporary Art Center are good opportunities to explore the local culture. Explore the numerous day-trip ideas around Malaga: Museos del aguardiente anisado de Rute y Espana (in Rute) and Castillo de Colomares (in Benalmadena). And it doesn't end there: get engrossed in the history at Alcazaba, take in the spiritual surroundings of Santo Cristo de la Salud Church, delve into the distant past at Teatro Romano, and explore the world behind art at Museo de Malaga.

You can fly from Nice to Malaga in 5.5 hours. Alternatively, you can take a train; or drive. Expect a bit warmer weather when traveling from Nice in March: highs in Malaga hover around 68°F, while lows dip to 49°F. Wrap up your sightseeing on the 2nd (Thu) early enough to take a train to Cordoba.
more less

Kick off your visit on the 2nd (Thu): see the interesting displays at Museo Municipal de Arte Taurino.

To find ratings, traveler tips, photos, and other tourist information, refer to the Cordoba attractions planner.

Getting from Malaga to Cordoba by train takes about 2 hours. Other options: drive; or take a bus. In April in Cordoba, expect temperatures between 76°F during the day and 50°F at night. Finish up your sightseeing early on the 3rd (Fri) so you can catch the train to Seville.
more less

Ask Inspirock to suggest an itinerary and make planning a trip to Seville fast, fun, and easy.

Getting from Cordoba to Seville by train takes about 1.5 hours. Other options: drive; or take a bus. Expect slightly colder weather when traveling from Cordoba in April: highs in Seville hover around 70°F, while lows dip to 53°F. You'll have a few hours on the 5th (Sun) to wrap things up before traveling home.
more less