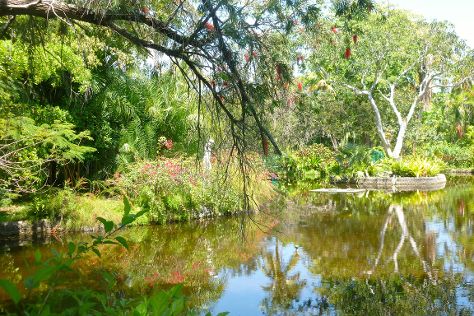 Despite its name, Grand Bahama Island isn't the biggest island in its archipelago.

Spend the 19th (Fri) exploring nature at Peterson Cay. Next up on the itinerary: take in nature's colorful creations at Garden of the Groves, don't miss a visit to Count Basie Square, go for a stroll along the water at Port Lucaya Marina, and enjoy the sand and surf at Gold Rock Beach.

If you are flying in from United States, the closest major airport is Grand Bahama International Airport. In July, daytime highs in Grand Bahama Island are 89°F, while nighttime lows are 76°F. Finish your sightseeing early on the 26th (Fri) so you can travel back home.
more less

Things to do in Grand Bahama Island

©
Garden of the Groves