Start off your visit on the 10th (Fri): explore the world behind art at Rijksmuseum, get engrossed in the history at Anne Frank House, and then admire the masterpieces at Van Gogh Museum.

For other places to visit, reviews, photos, and more tourist information, go to the Amsterdam online tour itinerary planner.

Dubrovnik, Croatia to Amsterdam is an approximately 5.5- hour flight. You can also do a combination of bus and flight; or drive. Prepare for slightly colder weather when traveling from Dubrovnik in April: high temperatures in Amsterdam hover around 56°F and lows are around 40°F. Finish up your sightseeing early on the 10th (Fri) so you can travel to Prague.
more less

Kick off your visit on the 11th (Sat): explore the historical opulence of Prague Castle, then take some stellar pictures from Prague Astronomical Clock, then take in the views from Charles Bridge, and finally get to know the fascinating history of Staromestske namesti.

Traveling by flight from Amsterdam to Prague takes 4.5 hours. Alternatively, you can do a combination of train and flight; or drive. In April, daily temperatures in Prague can reach 58°F, while at night they dip to 41°F. Wrap up your sightseeing on the 11th (Sat) to allow time to travel to Belgrade.
more less 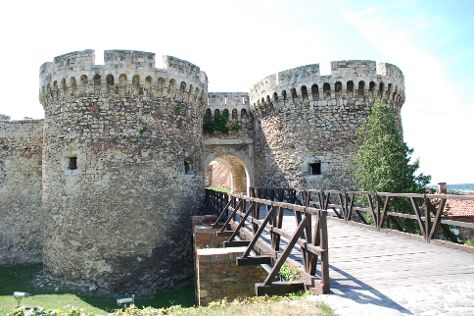 The capital and largest city of Serbia, cosmopolitan Belgrade sits on the confluence of the Sava and the Danube rivers.

Start off your visit on the 12th (Sun): take in the architecture and atmosphere at St. Sava Temple, then get curious at Nikola Tesla Museum, then test your problem-solving skills at popular escape rooms, and finally steep yourself in history at Kalemegdan.

To see photos, where to stay, other places to visit, and other tourist information, read our Belgrade road trip planning site.

Traveling by flight from Prague to Belgrade takes 5.5 hours. Alternatively, you can drive; or do a combination of train and flight. When traveling from Prague in April, plan for somewhat warmer days in Belgrade, with highs around 65°F, while nights are about the same with lows around 45°F. Finish your sightseeing early on the 12th (Sun) so you can travel to Sarajevo.
more less

Things to do in Belgrade

On the 13th (Mon), get the lay of the land with Walking tours and then contemplate in the serene atmosphere at Gazi Husrev-beg Mosque.

To see photos, ratings, where to stay, and other tourist information, refer to the Sarajevo online trip maker.

Getting from Belgrade to Sarajevo by flight takes about 2.5 hours. Other options: drive; or take a bus. Wrap up your sightseeing on the 13th (Mon) to allow time to drive to Dubrovnik.
more less

On the 14th (Tue), get to know the fascinating history of Dubrovnik City Walls, then make a trip to Pile Gate, then head off the coast to Lokrum Island, and finally take an in-depth tour of Rector's Palace.

To find reviews, other places to visit, and other tourist information, use the Dubrovnik trip planner.

©
Podgorica is the capital and largest city of Montenegro. On the 15th (Wed), take in the architecture and atmosphere at Saborni Hram Hristovog Vaskrsenja and then get a dose of the wild on a nature and wildlife tour.

For other places to visit, more things to do, reviews, and tourist information, use the Podgorica trip planner.

You can drive from Dubrovnik to Podgorica in 2.5 hours. Alternatively, you can do a combination of car and train; or take a bus. Wrap up your sightseeing on the 15th (Wed) to allow time to drive to Tirana.
more less

Things to do in Podgorica

Tirana, the largest city in Albania, represents one a lively and fast-paced metropolis.

Drive from Podgorica to Tirana in 3 hours. Alternatively, you can take a bus. In April, daily temperatures in Tirana can reach 69°F, while at night they dip to 46°F. On the 15th (Wed), you'll travel to Skopje.
more less

Things to do in Tirana

On the 16th (Thu), take in the exciting artwork at Acanthus Gallery, contemplate the waterfront views at Lake Matka, and then contemplate the long history of Old Bazaar, Skopje.

For photos, other places to visit, traveler tips, and other tourist information, use the Skopje trip planner.

Drive from Tirana to Skopje in 4 hours. Alternatively, you can do a combination of car and train; or take a bus. In April, daily temperatures in Skopje can reach 67°F, while at night they dip to 42°F. Finish your sightseeing early on the 16th (Thu) so you can drive to Sofia.
more less 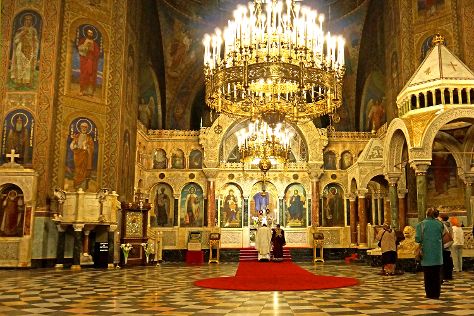 To find photos, ratings, other places to visit, and other tourist information, read our Sofia trip itinerary maker site.

Traveling by car from Skopje to Sofia takes 3.5 hours. Alternatively, you can take a bus. The time zone changes from Central European Standard Time to Eastern European Standard Time, which is usually a 1 hour difference. In April, daily temperatures in Sofia can reach 64°F, while at night they dip to 41°F. Finish your sightseeing early on the 17th (Fri) so you can travel to Bucharest.
more less 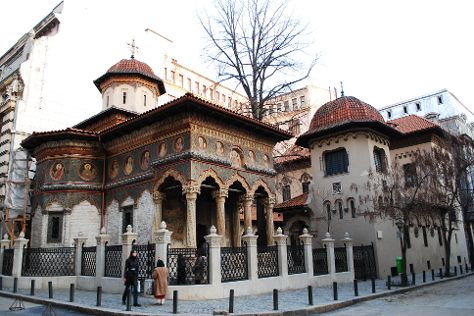 Start off your visit on the 18th (Sat): admire the striking features of Muzeul National al Satului "Dimitrie Gusti", then contemplate the long history of Stavropoleos Monastery, and then ponder the world of politics at Palace of Parliament.

You can fly from Sofia to Bucharest in 5 hours. Alternatively, you can drive; or take a bus. April in Bucharest sees daily highs of 66°F and lows of 42°F at night. Finish your sightseeing early on the 18th (Sat) to allow enough time to travel to Chisinau.
more less

©
Chișinău Etymology and namesThe origin of the city's name is unclear, but in one version, the name comes from the archaic Romanian word chișla (meaning "spring", "source of water") and nouă ("new"), because it was built around a small spring, at the corner of Pușkin and Albișoara streets.The other version, formulated by Ștefan Ciobanu, Romanian historian and academician, holds that the name was formed the same way as the name of Chișineu (alternative spelling: Chișinău) in Western Romania, near the border with Hungary. Start off your visit on the 19th (Sun): walk around Stefan cel Mare Park, then admire the landmark architecture of Triumphal Arch, then don't miss a visit to Stephen the Great Monument, and finally do a tasting at Cricova Winery.

Traveling by flight from Bucharest to Chisinau takes 5 hours. Alternatively, you can do a combination of flight, car, and train; or drive. Finish up your sightseeing early on the 19th (Sun) so you can travel to Rome.
more less

On the 20th (Mon), pause for some serene contemplation at Santa Maria in Trastevere, steep yourself in history at St. Peter's Basilica, then explore the ancient world of Pantheon, then don't miss a visit to Trevi Fountain, and finally delve into the distant past at Colosseum.

For ratings, reviews, maps, and other tourist information, use the Rome online vacation planner.

Traveling by flight from Chisinau to Rome takes 5.5 hours. Alternatively, you can do a combination of train, car, and flight; or drive. Due to the time zone difference, you'll gain 1 hour traveling from Chisinau to Rome. In April, plan for daily highs up to 69°F, and evening lows to 49°F. Finish up your sightseeing early on the 20th (Mon) so you can travel back home.
more less