©
San Vero Milis is a comune in the Province of Oristano in the Italian region Sardinia, located about 100km northwest of Cagliari and about 13km north of Oristano. Museo delle Maschere Mediterranee and Museo della Cultura e del Lavoro will appeal to museum buffs. You'll enjoy a bit of beach vacationing at Sa Mesa Longa and Spiaggia tra San Giovanni di Sinis e Is Aruttas. Venture out of the city with trips to Chiesa di San Giovanni in Sinis (in Cabras), Casa Zapata Museum (in Barumini) and Orgosolo (Murals of Orgosolo & Sa Dommo e sos Corraine - Casa Museo di Orgosolo). And it doesn't end there: take in the architecture and atmosphere at Chiesa di Santa Giusta, explore the ancient world of Pozzo e Villaggio Nuragico S. Cristina, contemplate in the serene atmosphere at Chiesa di San Salvatore, and steep yourself in history at S'Archittu.

For reviews, more things to do, ratings, and more tourist information, you can read our San Vero Milis trip planner.

Cluj-Napoca, Romania to San Vero Milis is an approximately 11-hour combination of flight and car. Due to the time zone difference, you'll gain 1 hour traveling from Cluj-Napoca to San Vero Milis. Finish up your sightseeing early on the 6th (Fri) so you can go by car to Castelsardo.
more less

Things to do in San Vero Milis 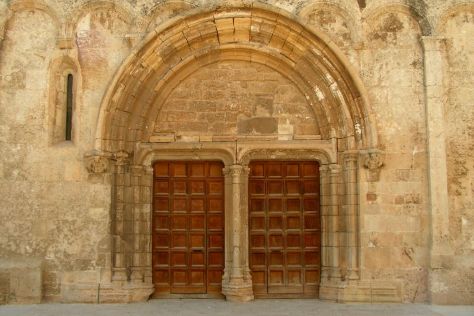 ©
Castelsardo is a town and comune in Sardinia, Italy, located in the northwest of the island within the Province of Sassari, at the east end of the Gulf of Asinara.HistoryArchaeological excavations have showed the human presence in the area of Castelsardo since pre-Nuragic and Nuragic times, as well as during the Roman domination in Sardinia.After the fall of the Western Roman Empire, the monastery of Nostra Signora di Tergu was founded nearby, but the current town originates from the castle built here, in 1102 (or 1270), by the Doria family of Genoa. Start off your visit on the 7th (Sat): get outside with spiaggia di Li Cossi and then learn about winemaking at Cantina Li Seddi. Here are some ideas for day two: steep yourself in history at Basilica San Gavino, contemplate in the serene atmosphere at Basilica di Saccargia, pause for some serene contemplation at Chiesa del Purgatorio, then take in the architecture and atmosphere at Cattedrale di Sant'Antonio Abate e Museum Ampuriense, and finally step into the grandiose world of Castello dei Doria.

Use Inspirock's suggestions to plan your Castelsardo trip and find the best activities and attractions for your vacation.

Getting from San Vero Milis to Castelsardo by car takes about 2 hours. Expect a daytime high around 32°C in September, and nighttime lows around 18°C. Finish your sightseeing early on the 8th (Sun) to allow enough time to drive to Santa Teresa Gallura.
more less

Things to do in Castelsardo

You can drive from Castelsardo to Santa Teresa Gallura in 1.5 hours. Another option is to take a bus. Wrap up your sightseeing by early afternoon on the 11th (Wed) to allow enough time to travel back home.
more less

Things to do in Santa Teresa Gallura