Museum-lovers will get to explore Scott Simpson Fine Art and Art Gallery Gravura. You'll get in some beach time at Burriana Beach and Senda Litoral Dunas de Artola. You'll find plenty of places to visit near Malaga: Ronda (El Tajo de Ronda, Old City, & more), El Torcal Natural Park (in Antequera) and Marbella Old Quarter (in Marbella). The adventure continues: get engrossed in the history at Alcazaba, pause for some serene contemplation at Malaga Cathedral, view the masterpieces at Galeria Martin & Reich, and admire the masterpieces at Museo Picasso Malaga.

To see where to stay, other places to visit, photos, and tourist information, read our Malaga attractions planner .

If you are flying in from United States, the closest major airports are Málaga Airport, Jerez Airport and Sevilla Airport. In March in Malaga, expect temperatures between 68°F during the day and 49°F at night. Cap off your sightseeing on the 20th (Wed) early enough to catch the train to Cordoba.
more less

Kick off your visit on the 21st (Thu): browse the eclectic array of goods at Mercado Victoria, take an in-depth tour of Calahorra Tower, then take a stroll through Jewish Quarter (Juderia), then contemplate the long history of Alcazar de los Reyes Cristianos, and finally take an in-depth tour of Medina Azahara - Conjunto Arqueológico Madinat al-Zahra. Get ready for a full day of sightseeing on the 22nd (Fri): admire the striking features of Mezquita Cathedral de Cordoba and then delve into the distant past at Roman Bridge.

To see reviews, where to stay, maps, and tourist information, you can read our Cordoba visit planner .

Getting from Malaga to Cordoba by train takes about 1.5 hours. Other options: drive; or take a bus. Traveling from Malaga in March, expect little chillier with lows of 44°F in Cordoba. Wrap up your sightseeing by early afternoon on the 23rd (Sat) to allow enough time to drive to Granada.
more less 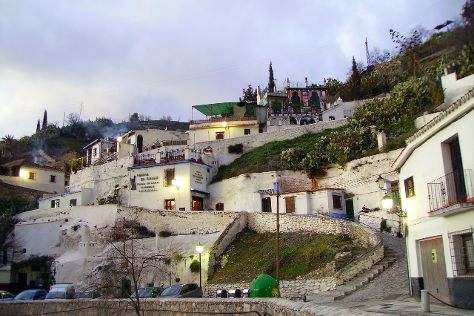 Start off your visit on the 23rd (Sat): take in the exciting artwork at Reez. Get ready for a full day of sightseeing on the 24th (Sun): take a stroll through Sacromonte.

You can drive from Cordoba to Granada in 2.5 hours. Other options are to take a train; or take a bus. Expect a bit cooler weather when traveling from Cordoba in March: highs in Granada hover around 61°F, while lows dip to 41°F. You will leave for home on the 25th (Mon).
more less